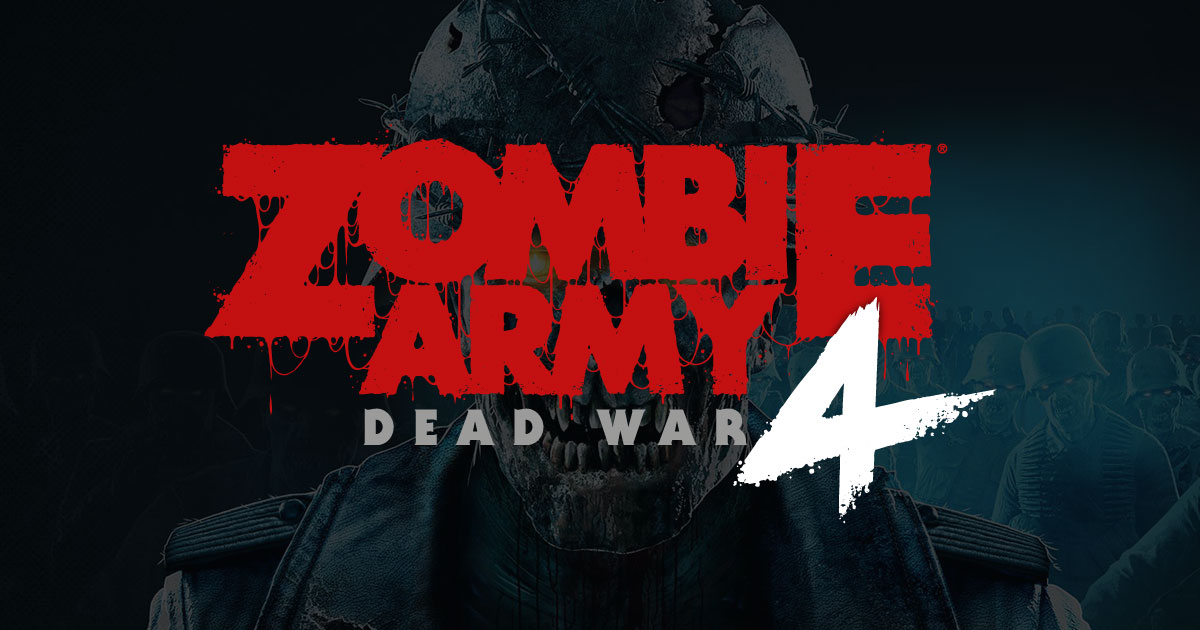 The concept of nazi zombies has become a pretty standard trope in gaming, which is crazy when you think about it. While World War II has often been the subject of games throughout history, it’s this alternate horror take on the timeline that has appeared in numerous shooters. It was only a matter of time before the concept found its way into the Sniper Elite series, which has always been set during WWII.

While the first three games in this spin-off were solid, it wasn’t until now with Zombie Army 4: Dead War that the concept received a full title worthy of a standard price tag. Now that it’s here, does this new entry reinvigorate the concept, or should we put a bullet in its brain? Let’s find out.

My experience with online co-op shooters is pretty varied, but my first love of the concept was the original Left 4 Dead, which still holds up pretty well to modern standards. Since then I’ve played everything from Call of Duty’s increasingly fantastical take on nazi zombies, to the surprisingly decent World War Z game, but nothing ever beats your first love.

Zombie Army 4: Dead War is the first time since the days of Left 4 Dead that I’ve truly and wholly enjoyed my time with a co-op shooter involving zombies, safe houses, and multiple locales to work your way through. Not only that, but this new entry in the spin-off series has also added progression and unlocks, along with a horde mode, that actually makes me want to come back and play more well into the future.

When I say spin-off, I’m of course referring to Rebellion’s main Sniper Elite series, which has always been great in a lot of ways and somewhat dated in others. With Sniper Elite 4, the series felt like it had shaken off some of the cobwebs and stiff animations in favor of a more polished and comprehensive experience.

Until now, the Zombie Army series has lagged behind, feeling like a mod of the original game and not a fully realized standalone title. With Zombie Army 4: Dead War, it feels like this series can finally stand, shamble, and bite on its own.

It all starts with the story, which wholly embraces the concept of a world ravaged by Hitler’s armies of the undead. With the big bad supposedly dealt with in the third game, this new entry is all about banding the resistance together in a post-Hitler world where the dead still roam the Earth.

While the story isn’t the primary focus of a game like this, I actually loved the detail and effort put into the worldbuilding and characters. Between collectible comics and documents, NPCs that do more than just spout out objectives, and detailed environments, I felt like the world here was more developed than most others in the genre.

It also helps that the game’s campaign takes you to widely different parts of Europe and into some pretty distinct environments. You’ll fight zombies through a hellscape of twisted metal and derailed train cars before being whisked off to venice to navigate canals where the dead dive into the water and climb onto your boat. If that’s not enough, you’ll even dive into dark sewer tunnels and navigate a zoo (which I won’t spoil any of here).

It’s a creative and eclectic mix of levels, all of which span across multiple safe houses and take upwards of two hours or more to complete. With 9 levels at launch, and three more coming as DLC, it feels like a meaty campaign for work your way through, with plenty of incentive to play again on harder difficulties and rank up your profile.

All of this combines to make the story (while ridiculous) feel interesting and at least cohesive enough to propel the action forward. That being said, let’s talk about how it all works in action.

A Gripping, Visceral, and Most Importantly, Fun Experience Two things about the Sniper Elite series that I don’t like, and one that I love: animation and secondary weapons, bullet camera. The older games in the series (and the first three zombies spin-offs) had pretty stiff animations and secondary weapons that felt largely useless unless they were grenades.
Now the bullet camera, that has always been a favorite of mine. With Zombie Army 4: Dead War, they have also upgraded it to include the x-ray vision which shows bullets tearing through organs, bone, etc. For those who don’t want the bullet cam interrupting them, it’s completely adjustable to multiple levels and even an option (or not) when playing online co-op.

Zombie Army 4: Dead War improves the animation and controls, along with the secondary weapons, in a lot of good ways. For starters, using a trench gun or submachine gun feels appropriately punchy now and does enough damage to make it a valid strategy.

The selection of sniper rifles is also good, but I feel like the gun selection overall is lacking. I realize there’s only so many sniper types to choose from, but when I see lots of unlockables in other categories like melee, I wish that the weapons had more options.

What’s here is good for variety, though. I used the default sniper for a while before switching to the M1 Garand with a scope (the rifle of choice in any WW2 game), and loved the ability to fire in faster succession.

As part of the game’s commitment to all things awesome and ridiculous, you can also find temporary attachments (or upgrade your guns in some cases) to fire incendiary and electric rounds. It’s all in good fun for me, and the skill trees that each gun have help them stand out even more, but you’ll need to find or earn upgrade kits to unlock them.

On the default settings, some players may find the controls too floaty or sensitive, but there’s a lot of options in the menu that make me confident in recommending this to any shooter or sniper fan. Bullet drop and gravity come into play on higher difficulties as well, but your concentration mode (empty lung) lets you see where a bullet will go when you trigger it.

With four characters to choose from, they actually have their own benefits and downsides, which is great. Unlockable trinkets, hats, and perks give you a reason to keep pushing your rank upward, which also gives you new types of melee attacks too.

When it’s all in motion, Zombie Army 4: Dead War is the right kind of chaos. There are fetch quests peppered into the objectives, but carrying an item requires you to use a pistol as your only weapon, which ratchets up the tension when you need to rely on your partner or team to cover you.

Special zombies make appearances too, with everything from flamethrower heavies, to machine gunners, to demons that summon other types, and more. There’s no shortage of different types of keep you busy, that’s for sure.

I myself spent the majority of my time in 2-player online co-op and had an absolute blast. On the normal difficulty, it wasn’t uncommon for us to get overwhelmed by sheer numbers. A detail I loved is that when your teammate goes down and you fail to save them, they come back as a zombie and hunt you.

Generous checkpoints remove the frustration typically associated with these types of games too, which I really appreciated. There’s nothing more annoying than losing an hour of progress because you both got overwhelmed.

Of special note is the added horde mode and weekly challenges as well. The Horde mode, like the campaign, let’s you customize your match to start at different waves and unlocks more of the map as you survive. Weapons must be scavenged in this mode, and it feels unique enough to give the game legs beyond the campaign.

Similarly, the weekly challenges add modifiers to the gameplay and award you with weapon skins, giving players incentive to try their hand at them each week. Having liked the previous Zombie Army entries, I knew I would like Zombie Army 4: Dead War, but what I didn’t expect was something I will absolutely keep in my gaming queue for the foreseeable future.

All Hail The Bullet Camera 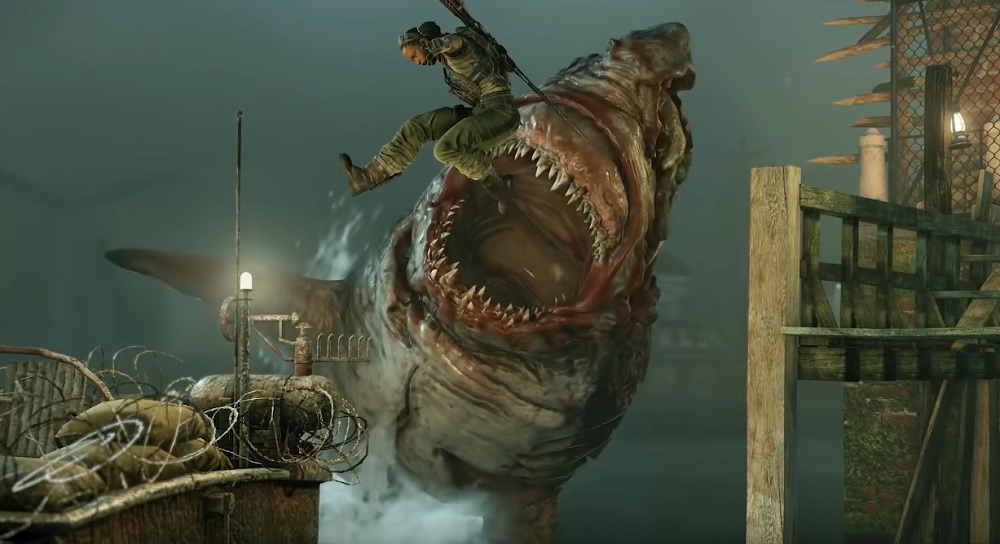 Zombie Army 4: Dead War is a great looking game on PS4 Pro. You have options for performance and quality here. Quality lets you take in the detailed environments and the gore that paints set pieces when you’re finished with them.

I never noticed any significant performance drops either, and the game can get pretty crazy at times. An example that comes to mind involves exploding zombies (called suiciders), falling from the sky and bombing an entire area.

Another detail I really appreciate is the option to increase text size, which has been an issue with a lot of games recently. When you’re gaming on a 65-inch TV, that kind of consideration is a big deal for me.

Zombie Army 4: Dead War surpassed my expectations in almost every way. It’s deeper than the series has ever been, looks gorgeous, plays well, and offers enough depth to keep you coming back again and again. I would have liked to see more weapon options and customization, but what’s here is very solid.

Fans of online co-op shooters need look no further. This one will keep the squad busy for quite a while.

Two copies of Zombie Army 4: Dead War were provided to PS4 Experts for review purposes. The second copy was used for online co-op testing and for the Horde mode.