Full disclosure, I LOVED Wolfenstein: The New Order on PS4. There aren’t enough shooters out there these days that actually try with their storylines. Most of them tack on some kind of story to satisfy the minority and then spend the rest of their time catering to the adrenaline junkie multiplayer addicts that flood the servers of games like Battlefield and Call of Duty. When a game like Wolfenstein comes along, I take notice because it dedicated itself to a 12+ hour campaign that was absolutely amazing.

The storyline was an alternate version of WWII where Germany won and took over the world essentially. I won’t spoil anything here, but I will say that the game had an incredible deep story with plenty of metaphors and fantastic moments. Now, Bethesda has announced a prequel to last year’s game in the form of Wolfenstein: The Old Blood. Don’t worry, you won’t have to have the previous release, this is a stand-alone DLC game that will only cost you $19.99 and can be played without the main game’s disc.

Is it worth your time, or is this story better left to the history books? Let's find out!

Part One: Rudi Jäger and the Den of Wolves

Originally The Old Blood was meant to be two separate releases. Instead it has been released as one package for a cool twenty dollars. The game is divided into eight chapters and two equal parts. For the purpose of this review, we’ll review each part separately for reasons you’ll soon understand.

So, the game opens with part one, entitled Rudi Jäger and the Den of Wolves. Our familiar character William “B.J” Blazkowicz is going undercover into the iconic Castle Wolfenstein with a fellow agent to retrieve a top secret document. This document will be very familiar to fans of The New Order as it is supposed to contain the hidden location of General Deathshead’s compound which is of course the scene for the opening of the main game.

At this point, B.J isn’t the hardened soldier with a deep sense of amazing monologues that we know him to be in the main game. No, he’s filled with a deep sense of patriotism and a hatred for Nazis indicated by one of his lines in the opening scene: “America will never fall.” At this point in 1946, America is losing the war and this mission is supposed to give them the edge they need to take out Deathshead before America falls.

So yeah, no pressure or anything. It’s a solid opening that places you in a tense scene with Rudi himself and his pet dog who looks like a terminator had a baby with a German Shepherd. The action starts fairly quickly and you find yourself in possession of an extremely versatile pipe that can be screwed together or taken apart for things like stabbing people with the sharp and bent end, climbing walls through sheer force, and opening hatches. 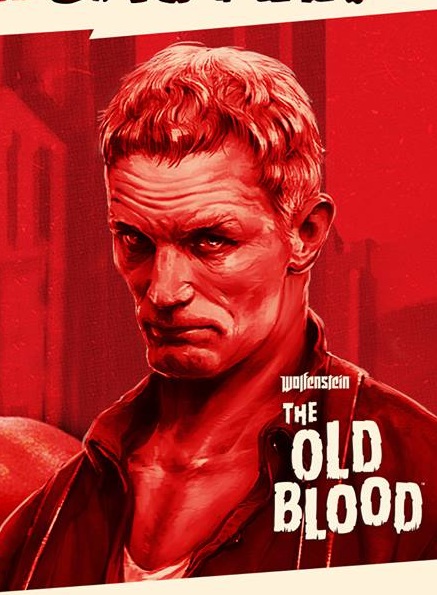 My personal favorite is a move where you prop a heavy door open with the pipe, then proceed to slide through it, grabbing the pipe as you pass. Story wise, not much happens in part one. We find out that Rudi is an already jerk and his dog has a taste for human flesh. The game kind of drags its feet in this department, and that hurt me because I am such a huge fan of the original’s storytelling.

If this was the whole game, I would have been disappointed in the story. Luckily it’s not. In terms of gameplay, there’s a large chunk of the first chapter where you don’t have a gun and instead must rely on stealth (which I am terrible at). I like the design of the areas, but I felt like the “no-guns” approach was a little too much. Once you have your weapons back though, the gameplay falls right back into that perfect pacing and incredible precision to the controls.

Call of Duty could take some cues from Wolfenstein’s gun play, Machine Games really knows how to craft a first person shooter experience. Some new guns make an appearance as well to keep things fresh. The story picks up again towards the end of part one, but overall, the first four chapters are fun from a gameplay perspective but almost devoid of any significant story.

I will say this however: there are phenomenal easter eggs scattered throughout the first four chapters of the DLC and a few more later in the game. I won’t spoil any, but if you're a fan of Bethesda’s other titles in their developer catalogue, you’ll have a few good chuckles. Also, in the spirit of the original game there are hidden beds that allow you to play episodes from the original Wolfenstein 3D! 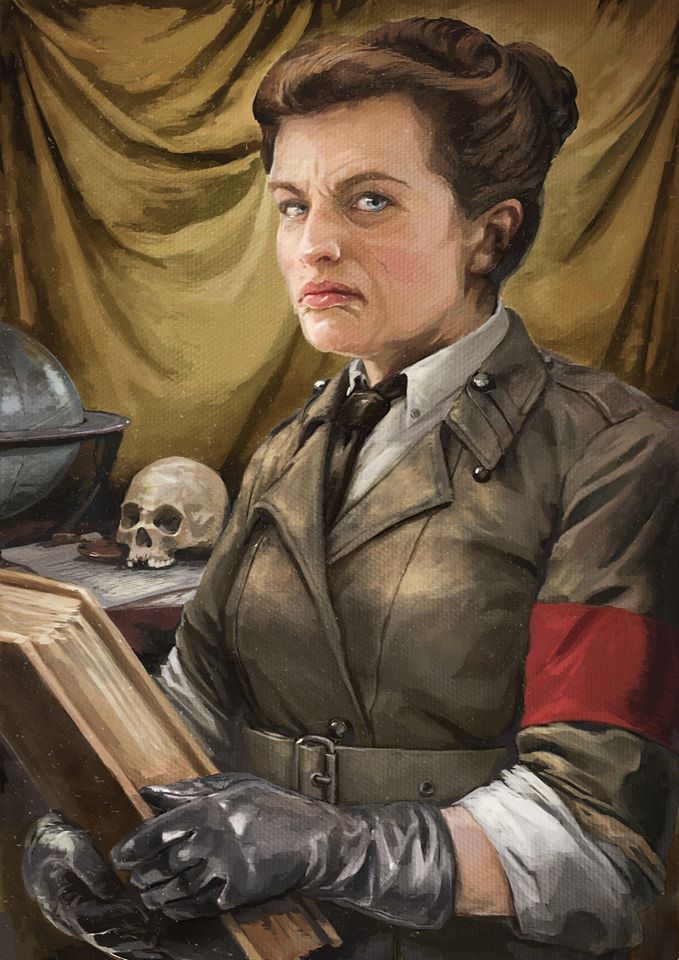 Leaving part one of Wolfenstein: The Old Blood, I found myself having a good time, but I was craving some more story and maybe a mix-up to the formula. The finale of part one had my spirits and part two immediately showcases a more promising approach as I find myself in the village of Wulfburg.

The switch from drab prison halls to wide open alleys and roadways is a great way to visualize revitalize the experience. Immediately as I make way into the village, character development starts happening. I meet up with a fellow agent who shares a moment with me as I prepare for the next phase of my mission.

I meet some contacts in the village who have their own things to worry about and I even come across a drunken bum spouting out his disapproval of the Nazis. Where was all of this in part one? It’s like the first half was just there to set up the real game. An appetizer for the main course if you will. That would be fine if the events of part one were encompassed in a chapter or two and not half the game.

Compared to part two, the pacing in part one makes it feel like it was dragged out. The second half of the game moves like a panzerhund down an oiled slope. It’s much faster, much more intriguing, and adds something fans of Return to Castle Wolfenstein will be happy to see: Nazi zombies. I won’t spoil how it happens of course, but we all know the Nazis were experimenting with the occult in World War II and the antagonist of part two is determined to uncover the secrets of her ancestor: King Otto.

The sudden switch to supernatural enemies is exciting and pumps some extra spice into the final chapters of the game. The uncertainty of whether or not a living enemy that you shoot will turn into a zombie is also tense. They will fight each other as well, taking some of the pressure off of you. There’s 100% more character development and dynamic gameplay in the second half of the game than in the first.

Personally, I’m very happy they released it as one package because Rudi’s portion on its own would not have been a great impression. Packing them together allows the game to slowly escalate into its awesome final chapters.

Putting it All Together

So it’s clear that part two beats out the first half of the game. Does that make the first part bad? No, not at all, but it does create a somewhat inconsistent experience. It starts off alright and finishes strong. All in all, it took me around six hours to finish the game on the normal difficulty. There are several others to choose from though, and for $20, it’s more value than most shooters offer in the single player mode these days.

There are also in-game perks that are awarded when you complete certain achievements. These add some good replay value because they add to your abilities in interesting ways. For example, if you get 20 silenced kills on the general enemies then you unlock the ability to see hidden collectibles on your map. One perk I unlocked allowed me to mash the square button to decrease my reload times. Fun stuff like that gives you a reason to play again, and chapter select means you can jump into any place you want.

Here comes an interesting question though: what if you never played The New Order? Well, the good news is that The Old Blood does NOT spoil anything from the main game. It is a well and true prequel that leads right into the main game and does not require The New Order to play. You can download it now and play it on its own.

I think The New Order was better, but I still think that fans of it or curious gamers looking to try out the experience should most definitely play The Old Blood. The price is absolutely right and the experience, while not perfect all the way through, is very, very fun. Now, let’s talk about a sequel, shall we Machine Games? In the end, killing Nazis either zombified or otherwise never gets old.