It is my opinion (which also happens to be right) that anyone of any age can enjoy video games. Okay, maybe a baby who is three days old can’t, but you get the idea. The thing is, how do you know which games are okay for kids? Sure, they have the ESRB (Entertainment Software Ratings Board) but that’s just rating the content in the games the way movies are rated (E for everyone to M for mature and uh...AO for adults only, but we don’t talk about that one).

If eight years in video game focused retail taught me anything, it’s that parents sometimes think that just because it’s rated “E for everyone” that their kids will like it. It won’t offend them, but if you bought them the latest game based on a kids movie, you may be back at the store begging for a refund before you know it.

Let’s avoid that, shall we? Here are my picks for the top 5 fun children’s games on PS4. This is not to be confused with my upcoming Top 5 Meaningful Games for Children on PS4 which focuses on more substantial and dare I say, educational experiences. For now, the focus is fun, so let’s dive right in!

I know popcap gets a bad rap amongst hardcore gamers because they cater to the casual crowd, but there’s something undeniably fun about Peggle 2. Think of it like pinball, only not anywhere near as complicated or reflex based. You essentially play through colorful levels where various colored pegs are arranged in crazy shapes. 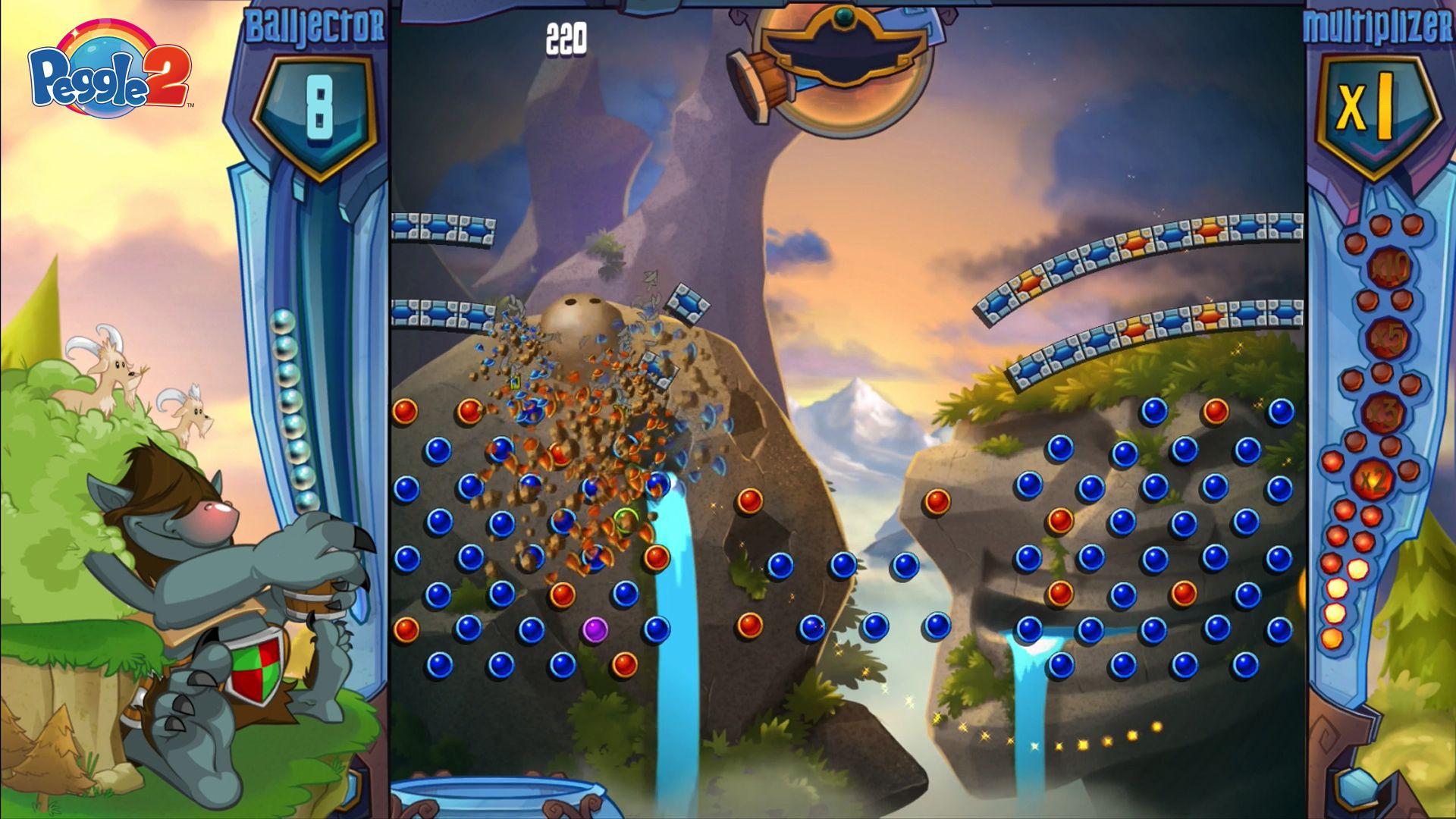 Your goal is to fire a silver ball out of a cannon into this mess of colored pegs. Once you fire that shot, the rest is up to physics. If you aimed well, you’ll bounce all over the place and rack up a high score. If you’re really lucky, you’ll land in the hole that moves back and forth across the bottom and get a free ball.

This fire-and-forget formula means its perfect for young gamers who may not have the reflexes to best the Call of Duty veterans. It’s also colorful and exciting, with a variety of characters who give you bonus powers that mix things up. It gets difficult in later levels, but the formula never changes. Just shoot and see how it plays out. Did I mention it’s cheap? You can get the game and all of its additional level downloads for less than $20!

There’s a Lego game for everything nowadays. I mean, they even have a Jurassic Park one coming out. Unlike other games based on movies though, these games tend to be pretty good. They’ve wavered in quality from time-to-time though, which is why I narrowed it down to one (relatively cheap) version for PS4. 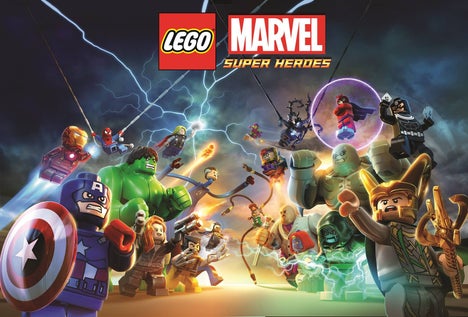 In Lego: Marvel Super Heroes (check out our review here!) you have an original storyline that allows your kids to play as just about any Marvel superhero or villain you can think of. Do they love Spider-man? He’s there. What about the X-Men? Yup, you got em. The Avengers? Uh huh, and even the Fantastic Four. They’re all here, and the game has a massive open city for them to explore in between story missions.

Lego games have always been known for their ability to keep you busy for a long, long time. This is because there are tons of secrets, hidden areas, and special characters for you to find. You can play with two people at once too. As of this writing, you can pick up a copy of this for PS4 for just $14.99! SAY WHAT?! I might have to buy this too.

Man, if I had just come up with the idea to create a game where kids can build stuff out of blocks (no not Legos) and create entire worlds to explore, harvest, and build anything I want, I would be as rich as Notch, the creator of Minecraft. One look at this game may have you wondering how these graphics apply to PS4, but it’s not the look that made this developer oodles of money, it’s the execution.

You see, in Minecraft you collect resources like wood, metal, food, and other items and you use them to build things like houses, mansions, or anything else your heart desires. While you do fight off enemies like wild animals and skeletons, the blocky graphics keep the kids from being scared, which is clever.

There’s no story here, and no real ending either .Yes, there is a final boss, but the point here is that Minecraft allows your kids to play (up to two players at once) in a world of their own creation, learning about how to craft and build items by combining base materials. It’s truly something else, and people have spent hundreds of hours playing it, so this one should keep your kids busy for a good long while.

And once again, it’s another light hit on the wallet: just $20 brand spanking new. It’s a good thing you’ve saved so much money thus far, because it’s about to get a little more expensive.

Did I say a little more expensive? I meant a lot more. Skylanders is an awesome game for all ages, and the Trap Team version is one of the most creative ones to date. In this game, you use a physical pad called the Portal of Power to bring character figures in the real world, to life in the game. When you buy this package, you get the game, the pad, and a few figurines that will come to life in the game.

With this version you also get trap crystals. These are used to trap enemies in the game into your own plastic crystal. When you want to play as them, you slide the crystal into the pad and suddenly they appear in the game. Their voices even come out through a speaker on the pad. It’s really cool and it makes kids go nuts.

The actually game is pretty long too, with secrets abound. Each figure represents its own type of character with special moves, abilities, and powers in the game so they’re all unique. The reason why it’s expensive is because the developer constantly releases new figures that unlock additional characters in the game. You don’t NEED these characters, but your kids will most certainly WANT them, and they run about $10-$15 apiece.

Tack on additional trap crystals and you’ve got a game that starts out costing $75, and goes up to much higher numbers depending on how many figures you buy. That being said, the figures carry over to new versions of the game, and in my time as a video game retail manager, I heard of new figures being used as positive reinforcement for things like good grades, awards, and so on. Who says video games can’t be used for parenting?

Little Big Planet is a little bit of Mario with a little bit of Skylanders, Lego, and Minecraft. Heck, it could even have a little Peggle in there somewhere (it probably does). How is this possible? In this game you play as a character called Sackboy and his friends. The levels play like a classic Mario game where you move from left to right jumping, swinging, and fighting enemies.

The level designs incorporate all kinds of unique tools that you unlock, and have their fair share of secrets. Playing with up to four people at once is a blast, and the fun doesn’t stop there. When you go online (you can still play by yourself) you can play literally hundreds and hundreds of levels made by other people that incorporate unique styles like Peggle and racing into the concepts.

Here’s where the Minecraft similarity comes in, you can also make levels yourself. You build them from scratch much like the worlds you make in Minecraft. Of course, these pieces are readily available to you, you don’t have to hunt them down. While this game can be difficult, the sheer amount of levels and creativity to it makes it my top pick for fun games for children on PS4.

What did you think of the list? Any other titles you would add to it? Tell us your thoughts in the comments below!