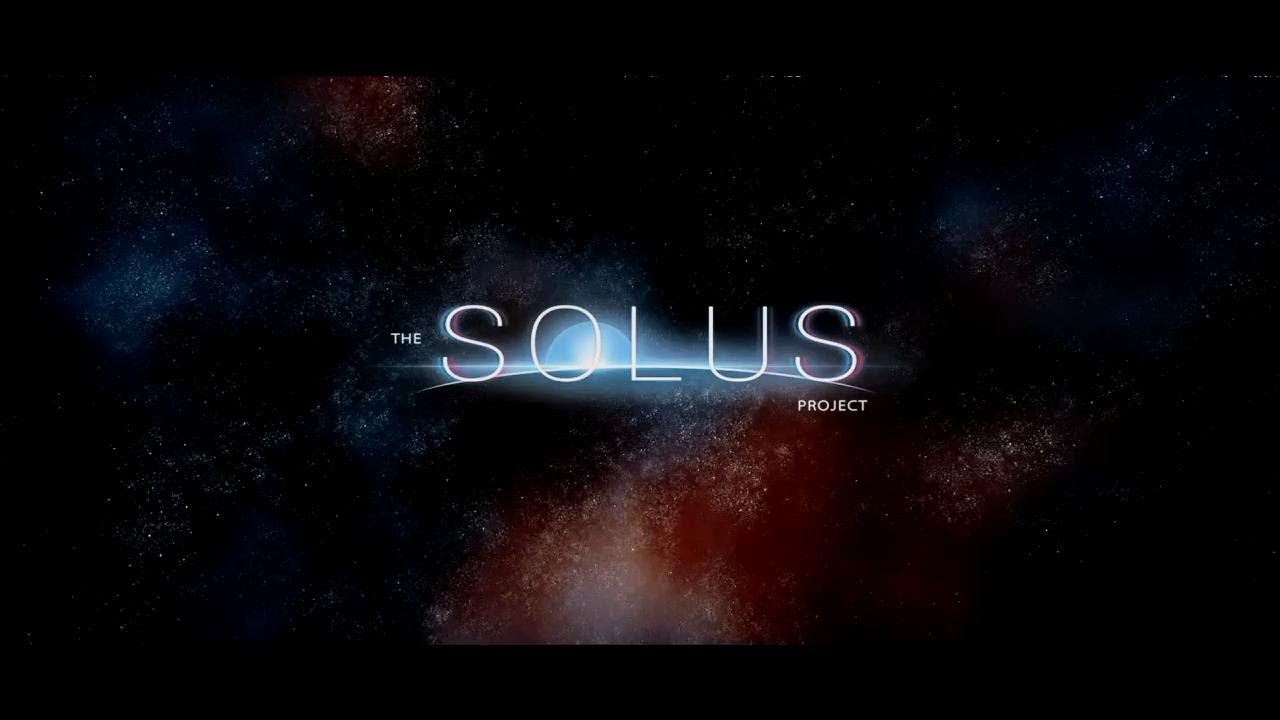 The feeling of exploring an unknown world is something that only games can provide. When done right, a new world can be enticing, mysterious, and even terrifying to explore. In The Solus Project, you'll explore a world that fits all of these descriptions.

You'll also have the option to do it entirely within a PlayStation VR headset, or on your TV screen of choice. Is this alien world a place you should delve into with your time and hard-earned money, or should this planet be left alone? Having played both inside and outside of VR, I'm ready to answer that question.

You Are Earth's Last Hope

The Solus Project opens with a haunting exposition. The Earth is no more and humanity has retreated to the edges of our solar system. In a desperate attempt to salvage our race, we sent out ships to explore potential Earth-like worlds.

Gliese-6143-c is one such world. As you approach it in the Solus 3, the ship is damaged beyond repair and you are forced to eject in an escape pod. You crash on the surface and find yourself alone on an alien world with nothing but your suit and a PDA device to call your own.

You begin your journey with one goal in mind: survive. You'll need to find a source of heat, light, food, and water. Once you've established your continued survival, the next step is to figure out how you can make contact with your people and tell them what's happened. You'll also be on the lookout for survivors.

The Solus Project immediately nails the feeling of being stranded and alone on a strange world. Your first steps on Gliese-6143-c are truly incredible. It's a place, unlike anything we've seen in gaming as of late.

The story isn't very consistent or immediately present. Instead, you'll find scattered journal pages and you'll use your device to translate the carvings on stones and cave walls. These text-based options offer more backstory into the crew of your ship, the nature of your mission, and the story behind this planet you've found yourself stranded on.

The main character does speak from time-to-time, but not very often. You can opt for a female voice as well if you want to play as a female character, which is a nice option to have.

I also enjoyed the option to switch between metric and standard US forms of measurement as it helped me better understand my status on the temperature in various areas of the planet.

While The Solus Project Starts out as a survival exploration game, at the halfway point it quickly becomes a horror title. As you begin to explore the subterranean areas of the planet, you'll come across some truly terrifying moments that had my heart racing.

I would have liked a more consistent story to go with the text entries and backstory. The world itself is incredibly well designed and very interesting to explore, but the primarily silent protagonist kept me from becoming truly invested in what was going on.

I was progressing out of curiosity and the hunger for answers, but I didn't have too much invested in my main character, the crew, or the fate of humanity for that matter. None of it seemed urgent since the game was satisfied with feeding me nuggets of knowledge about the past instead of the present moment.

That's not necessarily a bad thing, more of a missed opportunity. The Solus Project has a really interesting world and a great backstory, but it misses out on the opportunity to do something great with the situation you find yourself in and the implications of your mission.

Even so, it's a testament to the mystery and intrigue of the setting that the game remains as compelling as it is in the absence of a more present story.

The Solus Project has a lot of options to choose from in how you customize your experience. For example, the survival mechanics can be adjusted based on percentages. The standard 100% is a normal difficulty, but you can scale that up or down to tailor the experience.

If you don't want to be worried about paltry mortal things like hypothermia, you can crank down the difficulty. If you want to channel your inner Matt Damon and get your Martian on, you can shoot up the difficulty and test your mettle against the elements.

Speaking of elements, the time you spend on the surface of the planet in The Solus Project is truly incredible. The day and night cycle is exquisite, with a moon that orbits the horizon in real-time. Furthermore, randomized weather events really crank up the intensity.

One minute you may be exploring some ruins, and the next it might just be raining fire. The first time a meteor shower brought down massive flaming chunks of debris, I practically fell out of my chair. Once I took cover, the sight was incredible to behold as flaming rocks splashed in the ocean far into the horizon.

Another time, a torrential downpour forced me to find a cave for shelter. As I looked at me, I saw a waterspout taking form and rushing towards the shore. It had an otherworldly behavior, like a living column that danced toward me.

A good portion of your time will be spent underground as well. The sprawling cave systems beneath the surface aren't quite as compelling as the surface, but they do offer some great atmosphere and plenty of intriguing discoveries that will reveal more about the events that transpired on this planet.

If you opt for survival mechanics, then you'll need to manage your inventory carefully. A source of heat and light is extremely important, as is food and water. You start with a painfully small amount of space, but you can expand it.

The inventory can be accessed via the radial wheel where you can consume food, drink water, or equip items. A teleportation device is particularly helpful in solving puzzles through short jumps. You fire a disc and then hold the L2 button to teleport to that location.

The ability to refill water bottles and consume alien food also gives you options. You'll even need to find suitable places to sleep and recover your health.

It's not the most complex survival mechanics I've ever seen, but they're not shallow either. It's a nice balance that lends urgency to your situation and makes the world feel alive.

Not everything is perfect here, however. The controls take some getting used to with interactions being relegated to the R2 button and different inputs to access and use the PDA.

The worst offender for me was a moment where I try to leap onto the columns in the first area and fell between several of them into absolute darkness. I couldn't move, couldn't jump out, couldn't even use my teleporter to escape.

It was frustrating and resulted in me reloading my save. I love these aspects of the landscape, but they should have been more tightly packed to avoid a game-ending situation like the one I found myself in.

Now, let's talk about how this translates to virtual reality.

The Solus Project in VR: A Great Way to Spend $20 PlayStation VR owners are always on the lookout for the next great experience in virtual reality. With full VR support, I'm happy to say that The Solus Project is a great addition to any PSVR library.

Move controllers are required, so keep this in mind. The developers managed to come up with pretty smart controls despite the lack of an analog stick. One Move button makes you walk forward, while the other lets you jump.

The face buttons are for turning, selecting your inventory, and accessing your PDA. The triggers are for interaction. It definitely takes some getting used to. There's not really any tutorial either, so be sure to check the controls in the main menu.

The ability to freely move and select items with your Move controllers is really nice. It's a little weird that you have physical controllers in the game as opposed to disembodied hands, but that's more of a style issue than anything. It doesn't take anything away from the experience.

While the graphics aren't amazing in VR (there's a noticeable difference), it didn't take long for me to get immersed. The depth and sense of scale really bring the environments to life in a way that a TV screen can't achieve.

The horror elements that appear in the latter half of the game are also punctuated in VR. The spooky sounds that resonate in the game's caverns had me sweating in my headset as I moved forward by the light of a crystal I found.

While I think both methods of play are solid, there's no denying that VR owners will really have the opportunity to be immersed in this unique and massive world. With 15-20 hours of playtime total, this is also one of the most comprehensive VR experiences you'll find on the market.

If you have VR, this one's a no-brainer. The amount of gameplay alone is worth your $20, but the fact that it's a compelling world with solid survival mechanics just enhances the value.

A World That Begs to be Explored Whether you're doing VR or standard play, The Solus Project is artistically very strong. While it doesn't have the sharpest textures or the most detailed environments, the design of everything taps directly into your inner curiosity.

The otherworldly vistas on the surface of the planet are positively breathtaking and worthy of any desktop wallpaper. I especially loved the basalt-esque columns that dotted the landscape in the opening area.

The caves beneath the surface and the ruins within them also have a lot of interesting details and touches that make them compelling to explore. The ability to find artifacts and augments your resistances also gives you plenty of reason to explore and discover.

The soundtrack is appropriately sci-fi, with plenty of lofty crescendos and sharp synthetic sounds. It most certainly adds to the mystery and intrigue, especially with headphones in VR.

Whether you're playing in VR or on a standard TV, The Solus Project is $20 well spent. While it has some rough edges, and a story that misses some big opportunities, it offers a lot of bang for you buck.

VR owners especially should take a look as this is one of the most full-fledged experiences out there. If you're looking to get stranded on a planet, you could do a lot worse than Gliese-6143-C.