Psychological horror, particularly the kind inspired by H.P. Lovecraft, has been slowly making its way into modern gaming. I for one could not be happier about these tales of sanity lost, unfathomable horrors, and what lurks in the darkest corners of the universe. Next in the lineup of these games is The Last Door: Complete Edition for PS4.

This point-and-click adventure includes both seasons of the game (which originally released on PC), along with some extra mini-episodes and several improvements. Does this pixel art adventure instill dread into your very soul, or should you leave this door closed? Let’s find out.

All The Pieces are Here, but do They Fit?

The Last Door: Complete Edition brings both seasons and some fun extras mini-stories to the PS4 for the first time. The premise is this: you play as Jeremiah Devitt who, after receiving a letter from one of his old schoolmates, goes to visit. What he finds is a dark, grotesque, and sprawling mystery that pulls him into a story of psychological horror and powers beyond comprehension.

The entire experience exudes Lovecraftian horror, from the late 1800’s setting, to the themes of corruption, insanity, and mind-bending horror, The Last Door knows exactly how to carve itself a place in this growing horror niche.

Without any voice acting, the game presents text descriptions of items, events, and dialogue. One feature I noticed and appreciated was a “Dyslexia friendly text” toggle in the options menu. This changes the font to something more readable than the standard one. I actually liked it better, but the accessibility there is something I really appreciated since the majority of the game is based on your ability to read the text.
The opening scene of the game details the final moments of Devitt’s friend, who hangs himself shortly after sending the letter beckoning Jeremiah to come to his home. The episodic nature of the game is great because it gives each episode a clear arc to follow and always ends on a shocking cliffhanger.

Both the game’s seasons are included in this package, so you can seamlessly move from one episode to the next, but it helps the pacing a lot in terms of presenting a larger story developed across smaller episodes that feature their own mysteries.

The writing is period appropriate and very elegant. The documents you find often have lofty descriptions and even feature moments of insanity as the author writes phrases over and over or something similar.

Delving too deep into the mystery would be ruining one of the best parts of The Last Door: Complete Edition, so I’ll simply say that it’s willingness to build tension, shock the player, and move from setting-to-setting between episodes all makes for a suitably tense and terrifying Lovecraftian-style horror narrative.

From a gameplay perspective, The Last Door is a pretty standard point-and-click adventure. You move the cursor with the left stick (or the touch pad), and click to make the character walk to specific areas. A press of the triangle button highlights all of the interactive objects in the room (which is a very welcome feature).

Using your cursor, you can view objects and interact with them after if they are part of the game’s puzzles. Unlike other adventure games, you won’t have a wheel or anything to choose your actions. You always view things first with the magnifying glass icon, and then interact with a hand icon if that’s an option.

It keeps the interface simple, but I would have liked the option to simply interact with things instead of two interactions to pick items up. Your inventory is displayed on the bottom of the screen, and again, you can pick up items to combine them or use them on the environment around you.

Certain rooms also let you tap on the doorway twice to “fast travel” to the next area. It doesn’t offer this with every room, but I wish it did, since you will most likely explore the episode’s environments several times in your search for clues and objects.

Beyond dialogue choices, your main goals will be based on puzzles you come across. Some of these are easy to figure out, while others have that classic “adventure game logic” that kind of makes sense when it’s all said and done, but it certainly wasn’t your first thought.

Whether it’s a macabre use for a dead crow, or an elaborate puzzle involving a clogged pipe, a net, and a shower drain, there are times when The Last Door’s puzzles can become a little too convoluted. It’s nothing a walkthrough won’t fix, but purists who like to solve things themselves may find that they spend more time wandering around experimenting with items than they would like.

Despite some of these qualms, The Last Door: Complete Edition most certainly succeeds as a horror adventure. It offers unique environments, a riveting story, and plenty of atmosphere to go around. 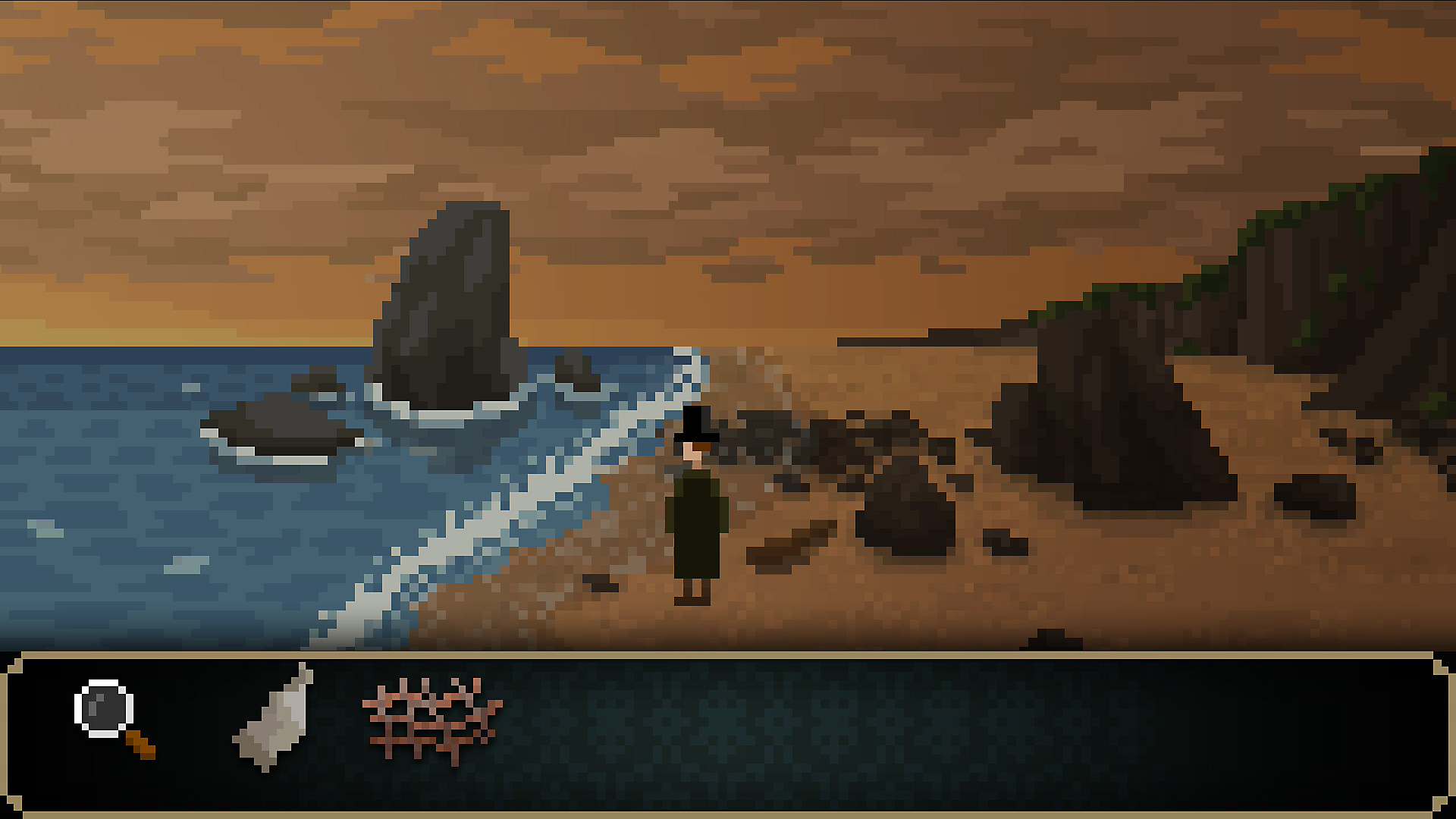 When you first see the pixel art style for The Last Door, you may wonder who such simplistic graphics can convey horror. That’s part of the brilliance here. Much of Lovecraftian fiction relies on a fear of the unknown. After all, our imagination is often more terrifying than reality. The art style in The Last Door uses this to great effect, giving you enough detail to understand everything, but not enough for you to comprehend some of its more, shall we say, unfathomable terrors.

It’s also a game that harnesses a superb symbiosis between timing, tension, and sound design. The soundtrack is smart in that it knows when to throw in a slash of strings during a shocking moment, or stay incredibly quiet to build tension as you enter a new area. Ambient sounds, like the cackle of birds, dripping water, or panicked knocking also add to the atmosphere.

As far as adventure games go, The Last Door: Complete Edition doesn’t rewrite the genre, but it does bring all the necessary pieces to the table, along with an excellent Lovecraftian horror mystery that fans like myself will happily lose their mind while solving.

A copy of The Last Door: Complete Edition was provided to PS4 Experts for review purposes