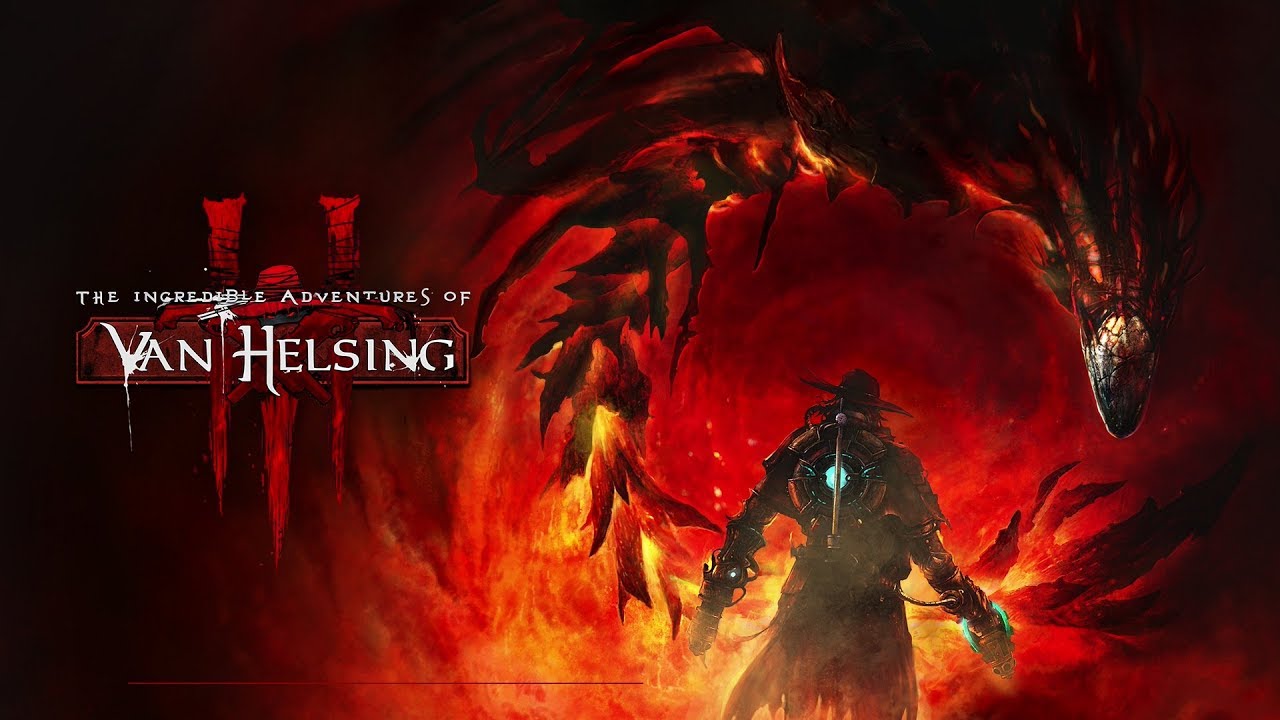 Back when it came out, I thought the Van Helsing movie with Hugh Jackman and Kate Beckinsale was the coolest thing in the world. Truthfully, the premise of a monster hunter has always been an achille’s heel of mine. I’m always ready for a good hunt with some intriguing lore and unique designs.

Having dabbled in the first two games, The Incredible Adventures of Van Helsing III caught my eye when it landed on PS4 recently. With the story complete, I was eager to see how this final title in the trilogy stacks up with others in the ARPG genre. Grab your weapon of choice, and let’s go hunting!

My experience with APRGs is fairly deep in the sense that I’ve played far more than the Diablo’s of the genre and found some amazing variations over the years. For those new to the series, The Incredible Adventures of Van Helsing III does a good job of catching you up from a story standpoint, but you may find yourself lost in its sheer number of options and various mechanics.

Let’s start with the story, though. Set in Borgovia, the game picks up after a civil war has ravaged the land, leaving destruction in its wake. Among the factions and criminal organizations vying for power, a cult has emerged declaring that the end is near.

Unlike most cults, this one may actually be right. All of this is also connected to a character from your past, one who you once trusted but now hunt to the ends of the earth. Story in the game is delivered through voiced dialogue and cutscenes, but there’s a lot of lore to dig through as well when you progress into the game.

The combination of fantasy, steampunk, and the game’s self proclaimed “weird science” gives the world a unique look and feel that I really enjoyed. Those hungry for more detail will find it in the journal tab of the menu, though the text is quite small on a large TV screen (I personally use the PS4’s zoom feature to get around this).

It’s a story that is easy to appreciate as a newcomer, and one that feels like it also rewards those familiar with the events in the prior games. It’s a good balance that’s difficult to achieve when you’re working with the third game in a trilogy, but the developers at Neocore Games have made it feel welcoming to multiple levels of expertise, at least from a story perspective.

In terms of the gameplay, The Incredible Adventures of Van Helsing III tends to lean into the realm of overwhelming with its options and mechanics. The game does have some basic tutorials, but more often than not you will be directed to a tutorial menu to read about the mechanics more in-depth.

For veterans of the series, this isn’t too much of an issue. For those just jumping in, however, it can be very daunting. The classes alone offer wildly different options (in a good way), but it’s hard to know exactly what you’re getting into.

Things like the Bounty Hunter, Elementalist, and Protector aren’t too hard to figure out, but then you look at something like the Phlogistoneer and you can see how things become complicated. I personally liked the variety in character options, but the true complexity comes when you actually get into the game.

Fighting, looting, and equipping your gear is all pretty standard fare. Your companion, Lady Katarina also has items you can equip to bolster her abilities. Since the game unfortunately lacks a split-screen option, she makes for a welcome support system in combat.

When it comes time to distribute points, you can choose to increase your basic stats without difficulty. Skills offer a lot more complexity in the sense that you can increase their base stats, add additional perks, or apply passive improvements as well using the same pool of skill points.

Once you’ve worked out which skills you want, linking them to the face buttons and triggers works well. It’s just a lot to take in if you’re worried about trying to achieve a specific build. Much of this also applies to Lady Katarina, who also has her own stats and skills to manage when she levels up.

Back in your lair, the mechanics continue to swarm you like a tsunami of code and tutorials. Item enchantments are available, as is item synthesis, essence creation (like slotting gems), a gambling system where you buy items without knowing their value, and a chimera who eats essence and, ahem, ‘produces’ results through its digestive tract. Hold on, still not done. You can also send your allies out on missions that depend on the specialties of the captain you put in command, and handle invasion attempts by playing a tower defense mode for several waves of enemy incursions.

If it sounds like a lot, that’s because it is. Some of these things are easier to grasp than others, and while the last few are optional, I have difficulty ignoring mechanics in games. I will say that I did rather enjoy the tower defense gameplay as it was a nice change of pace from the usual dungeon crawling and monster slaying, with some fun traps and weapons to utilize.

Less experienced ARPG players may find this all to be a bit much. When you’re out in the wild, though, the gameplay itself is fun and filled with unique monster designs. I loved the variety in the visuals here, and while it’s easy to get overwhelmed and swarmed, the option to respawn immediately in exchange for money is a nice touch.

Overall, once you’ve wrestled through the learning period, The Incredible Adventures of Van Helsing III is a solid ARPG that fans of the genre will enjoy. It does a lot, perhaps too much, and it lacks split-screen to make it stand out from the pack, (it does have online co-op for up to 4 players), but the world is certainly one worth exploring. 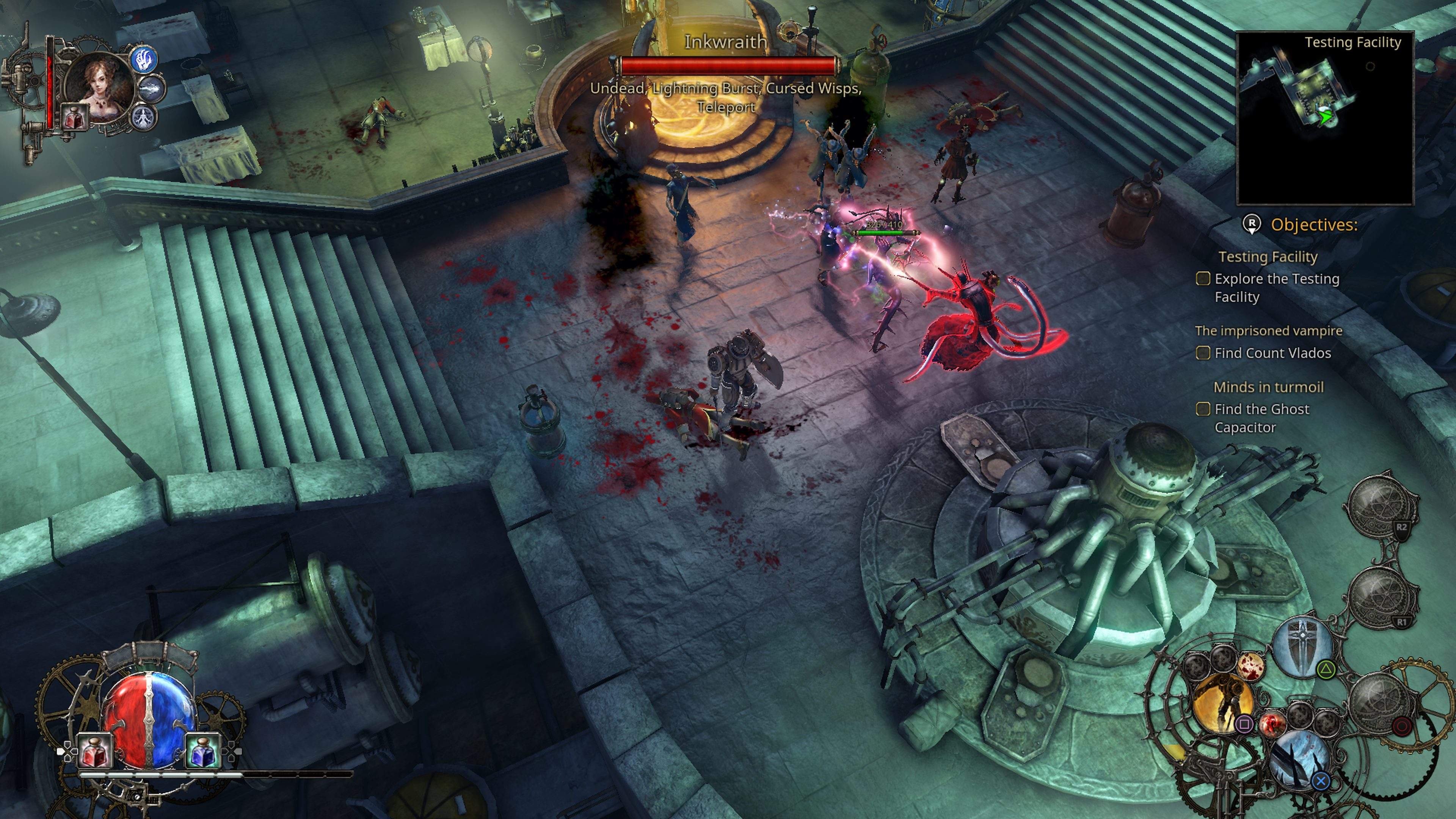 Having played The Incredible Adventures of Van Helsing III on PS4 Pro, I sampled both the resolution and performance modes. I don’t have a 4K TV, but I do like to see how the increased resolution benefits visuals through supersampling.

I don’t have a reference for how the game plays on base PS4, but I will say that the performance option on PS4 Pro is the only way to play for me. The game’s framerate felt unstable and erratic on resolution mode, to the point where I wasn’t enjoying myself.

Thankfully, performance mode provides a far smoother and more stable experience. Taking all of this into account, The Incredible Adventures of Van Helsing III offers a fun ARPG with online co-op and scenarios to keep you busy after the story is done. Fans of the series should absolutely see it through to the end, and those who are curious should check it out with the caveat that the learning curve can be a bit much.

A copy of The Incredible Adventures of Van Helsing III was provided to PS4 Experts for review purposes.