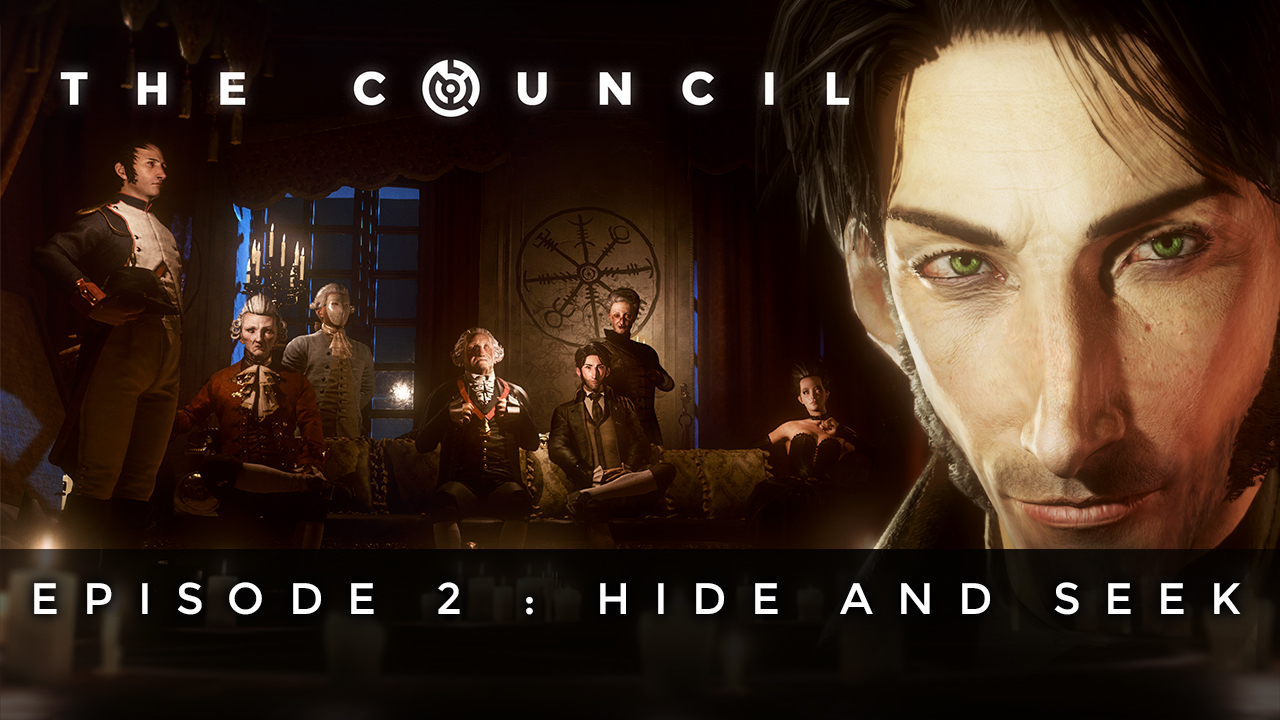 When the first episode of The Council released, I was extremely impressed. Was it a little rough around the edges? Sure, but it had so many amazing ideas for the genre that I could forgive the little things. Now, episode 2 is here, and the plot begins to thicken.

Now that I’ve finished the second chapter of this 5-episode series, it’s time to find out if this new piece of the story continues the excellent setup from the first one.

Let’s get this out of the way real quick:

This review contains SPOILERS for The Council: Episode 1 - The Mad Ones. If you’re interested in checking the series out, click here to read our review of episode one.

I’m going to assume everyone reading from here on has finished episode one, so let’s talk about how the story progresses in the second act. From the get-go, The Council hit me with a really cool recap of the first episode.

The iconic scene with everyone sitting in the same room opens episode 2. The murder victim from the first episode lays in an occult symbol on the floor that resembles a pentagram, and everyone stares blankly at the camera.

It’s a haunting opener. The camera pans around the room as you hear dialogue from the first episode recapping the major events. I expected a series of clips to remind me of the last episode, but this artistic recap was far more interesting.

Jumping right in, episode 2 quickly tackles the shocking revelation at the end of the first chapter. A murder has occurred, and until we can prove our innocence, we’re one of the prime suspects. Thankfully, Lord Mortimer is nicer in person than the mysterious legends would have you believe.

He’s willing to let you run your own investigation, so this sets us off on the first section of this episode. Since this is episode 2 in a series of 5 episodes, Hide and Seek does tend to feel like its dragging its feet at times.

While the first episode hit us with a lot of revelations, the pacing has slowed down somewhat in episode 2. It’s also only three sections instead of the five we had in episode 1. Now, this is to be expected. After all, the developers did this in two months.

The first episode most likely had a much longer development time, but it was still a little sad that this episode was significantly shorter. It also tends to reuse a lot of the same areas from The Mad Ones, which, again, makes sense given the short development time.

We also have to consider that we’re on an island, so there’s only so much to see. That being said, the new areas introduced are very intriguing and add more layers to the overall mystery. After all, the focus here is still on Louis finding his missing mother.

This plot thread does see some progression, and our first strong impressions of Lord Mortimer are welcome as well. Some new conspiracies come to light, and new mysteries are introduced in the later parts of the episode, which keeps you motivated to push forward.

The dialogue and writing continue to be sharp and rich. There were a lot of documents to find and read this time around, mostly consisting of letters and correspondence that add to character motivations and intentions.

Choices continue to showcase very real consequences in episode 2. I love the recap we get after each subsection of the episode, letting us know what could have been different. It’s great incentive to play these again once all of them are out.

Long-term consequences of specific choices are still shrouded in mystery, but that’s to be expected since we’re still early in the series.

From a story standpoint, Episode 2: Hide and Seek does manage to push things forward on all fronts. The pacing isn’t quite as tight as the first episode, but it did leave me ready to see what happens next. Here’s hoping that episode 3’s story, if it has a similar length, decides to up the stakes a bit more so the pacing feels taut like the first episode.

The Council: Episode 2 trims some of the gameplay elements that were present in the first episode, which was disappointing for me. Throughout the episode, the boss battle style “Confrontation” mechanic was used only once for me.

Furthermore, the “opportunities” mechanic of spotting little details during story moments was never used once in my playthrough of the episode. While the RPG mechanics and skills you obtained from the first episode do carry over, I also had a hard time utilizing them consistently.

As you’ll recall from episode one, the game offers consumables to recharge your effort points and help with other situations. These items are sparingly offered in the second episode. While they were plentiful in the first, I do agree that less of them makes the challenge more pronounced.

Unfortunately, it seems the resource pool was dried up a little too much in this second episode. In the latter sections, I often found myself without effort points, and thus, was unable to use my skills to obtain hints in some of the episode’s more dastardly puzzles.

I don’t think the challenge should be removed, but one thing I would humbly suggest is that Louis’ effort points recharge between each chapter of an episode. That would be a fair reset and still allow for limited resources.

Beyond dialogue and exploration, episode 2 does include several complex puzzles for you to solve. Having the ability to use your skills will yield valuable information in these moments. Without any effort points, you’ll find the difficulty increases significantly in your search for the answer.

The puzzles were impressive in their scope and design. I was pretty stumped on a lot of them, but thankfully Christina, my player 2 and official puzzle master, was able to assist me in completing them.

Some may say that the solutions were too vague, but I never felt that way when the answer was finally uncovered. I do think the ability to use accumulated skills does help a lot with finding the answer, but the ultimate solutions made perfect sense to me.

Improvements to An Already Polished Presentation 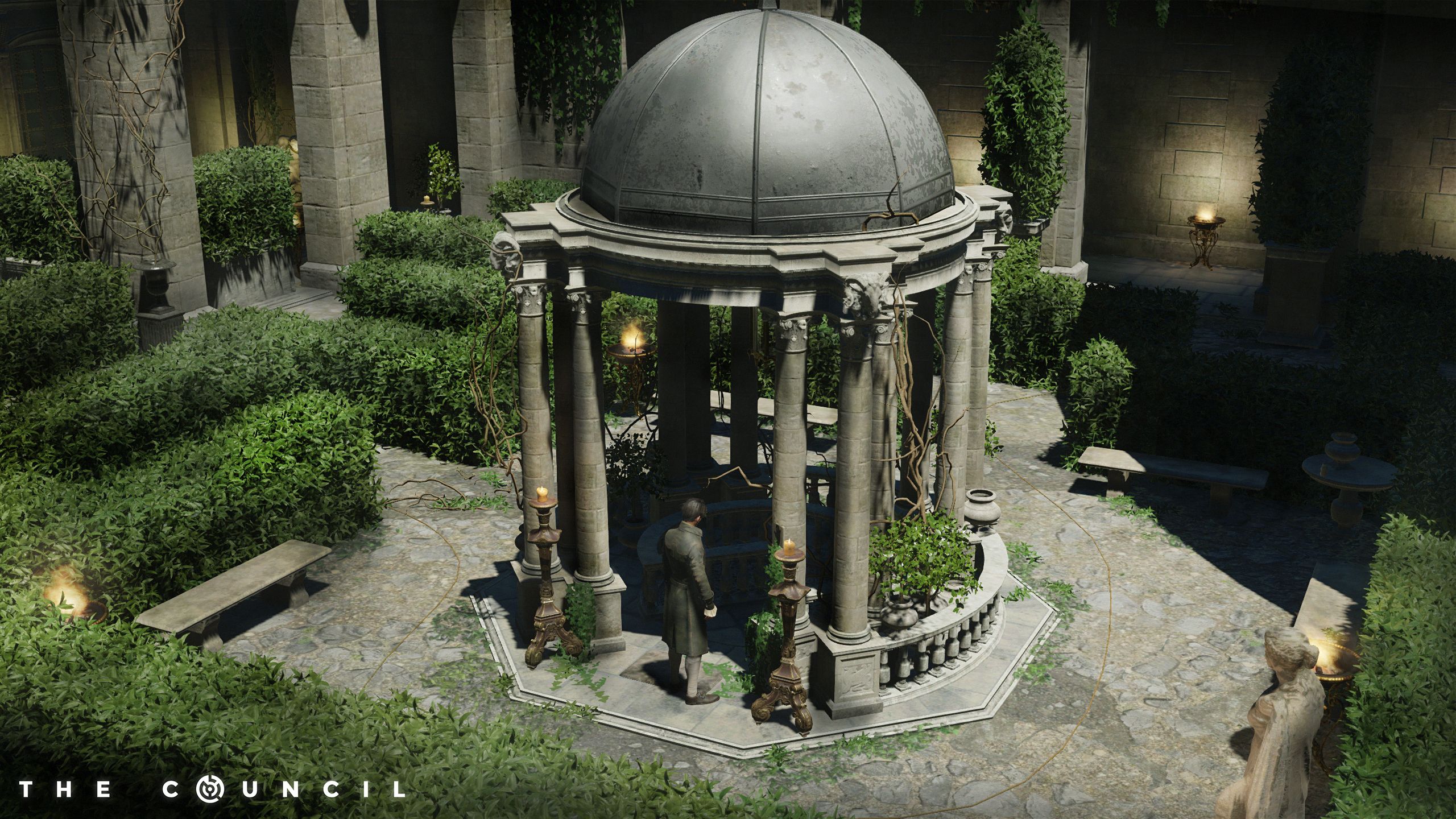 I’ve never really had many issues with The Council’s presentation. I’ve always enjoyed the bright colors, sharp details, and well-defined character models. One thing that did bug me in the first episode, was the lip sync, but that issue was a problem in Episode 2: Hide and Seek.

I felt like the lip sync animations were much better this time around. Voice acting continues to be great across the board. Louis himself has a more mature and natural tone this time around, which I really appreciated.

Sometimes the music wouldn’t quite fit the situation, such as the cheerful strings that play when you’re trying to investigate a murder, but the soundtrack overall continues to be an elegant part of the presentation.

While it’s quite a bit shorter than episode one (which is to be expected, given the development time), The Council: Episode 2 - Hide and Seek successfully manages to push the story forward in several meaningful ways, while adding some clever puzzles to the mix.

The lack of unique mechanics like opportunities and confrontations was something I missed, so I hope they make a return in the third episode. Other than those small issues, I’m ready to see what happens next.

Fans of the series can confidently invest in the season pass at this point, as developer Big Bad Wolf has shown their ability to keep promises and release episodes at a consistent pace thus far.

Here’s hoping episode 3 continues and expands on the quality thus far. I’m rooting for The Council to take the top spot for episodic narrative adventures. Thus far, the results are very promising.

A copy of The Council: Episode 2 - Hide and Seek was provided to PS4 Experts for review purposes