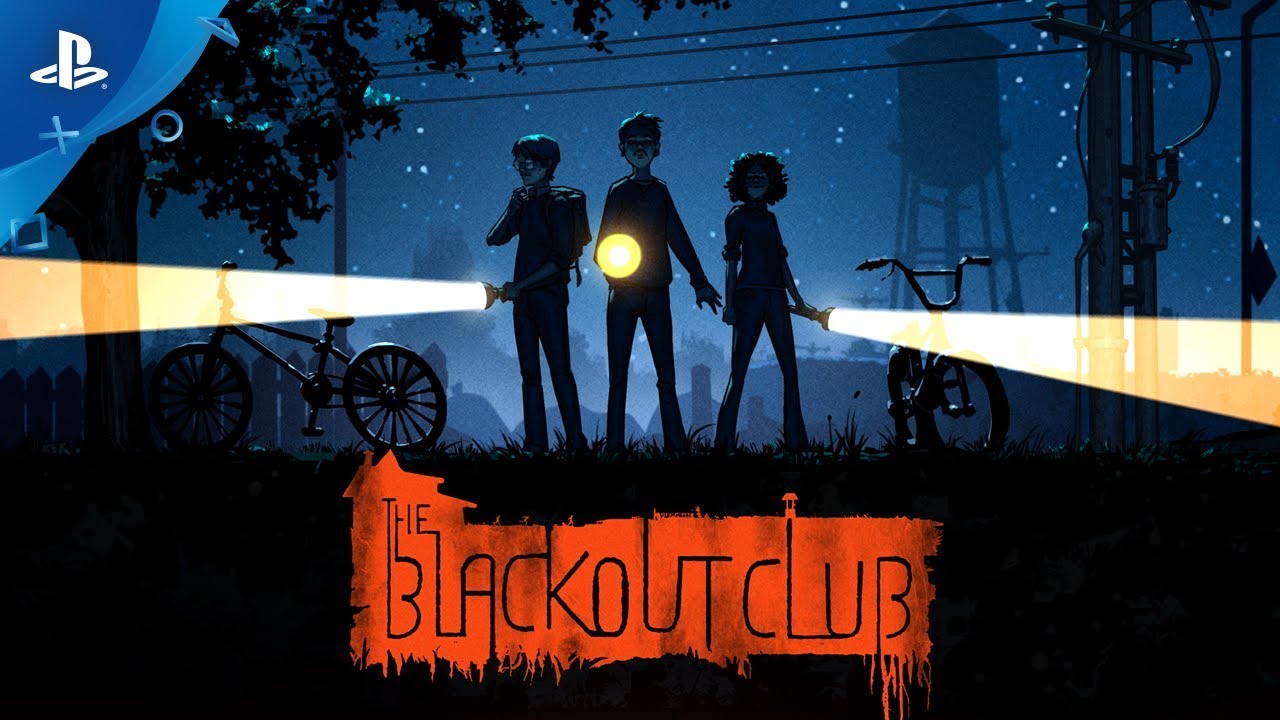 Horror and co-op seem like they should go together about as well as oil and water. After all, when you have a squad at your back, how can anything be scary? Several titles have tried to solve this quandary, but The Blackout Club is perhaps the greatest argument in recent memory that proves in horror, strength is not necessarily in numbers.

The Blackout Club places you in the role of a kid living in the isolated town of Redacre, Virginia. Something is amiss in this idyllic town. The kids are suffering from blackouts, and their parents are sleepwalking at night. Above all else, a dark force seems to be gathering beneath the very streets they walk upon. Let’s find out if you and your friends should join the club.

Unlike Anything Else You’ve Ever Played

For the purposes of this review, I recruited two of my fellow gamers and dear friends. Together, we would form our own Blackout club and set out to unravel the mysteries within the town of Redacre, Virginia.

The first was James Nethery (@James_Nethery). He’s an animator by day, and a fellow gamer by night. My other teammate was Matt Nixon (@PolarAceNom), who competes in Apex Legends by day and joined us for ventures into the neighborhood at night.

With my team assembled, we all started with The Blackout Club’s prologue mission. This single player experience sets the perfect stage for the story and world. It also makes a very strong case for a sequel where this single player story is fleshed out into its own campaign.

The prologue mission effortlessly introduces the elements of the game, tasking you with the goal of getting key evidence outside of the town’s borders so you can upload it to the internet and expose the conspiracy. You see, in the town of Redacre, people are cut off from the outside world and instead must rely on a local network.

It’s not long into the prologue that you’re introduced to one of The Blackout Club’s most unique mechanics: closing your eyes. Not only does this reveal footsteps towards your next objective, but it allows you to see messages from...something that can communicate with you.

Finally, it’s only with your eyes shut that you can see The Shape. As a new contender for the most terrifying horror game enemy, The Shape is invisible until you shut your eyes. Even then, it moves like a vaguely human shape, almost like the outline of someone in an infrared camera.

The prologue mission takes you deep beneath the neighborhood and into a place called The Maze, which houses some sort of cult that’s behind the mysterious events in your town. It’s all very much shrouded in mystery, but when the prologue ends your journey is just beginning.

You see, the kids in Redacre are on to what’s happening at night. Their parents all sleepwalk around town and underground, guided by some unseen force (I won’t go into detail here for spoiler’s sake). Meanwhile, the kids themselves also suffer from blackouts and wake up in strange places or covered in dirt. It’s these kids that form the titular Blackout Club to investigate and gather evidence.

The overarching mystery in The Blackout Club is incredibly unique, but it’s dolled out perhaps a little too slowly. Once you’ve played the sole single player mission, the rest of the answers come to you in the form of video recordings, journal entries, and audio nightmares you experience in the hub area between missions.

It’s a very compelling mystery, but a more consistent pace of reveals would have gone a long way towards keeping us engaged each night that we all sat down to play. The gameplay itself tasks you with randomly generated missions out into one of three major areas of the city.

Before you leave the hub, you can choose one of three primary gadgets which include a crossbow, a stun gun, and a grappling hook. Since you are kids, and the majority of enemies are your parents and neighbors, everything in The Blackout Club is non-lethal. The crossbow fires tranq darts, for example.

Other items can be found in crates throughout the map which include things like lockpicks, foam grenades, firecrackers, and more. These all serve the purpose of keeping you out of the grasp of enemies or silencing your movement.

There are even skill trees to choose from that offer both major and minor abilities. These range from brute strength and takedowns, to drone reconnaissance and remote distractions. Finally, snacks you earn from missions act as a currency for additional cosmetics and emotes. It’s pretty robust in terms of options and progression.

Heading out into the randomly generated missions gives you tasks that have a good amount of variety, but again, would feel more impactful if the story came at regular intervals. You’ll often use your phone to record evidence at intriguing crime scenes, or delve deep into The Maze to collect strange items.

These tasks feel interesting, but sometimes lack context to make them satisfying. The randomized nature of missions makes it easy to get different tasks each time you play, but again, the lack of structure makes the stakes feel lower than they should be.

Despite some of these missteps in terms of narrative pacing and worldbuilding, as a horror experience The Blackout Club is a masterclass in both enemy design and atmosphere. The Sleepwalkers and Lucid enemies are unpredictable and erratic in the best way possible.

Being blind, the Sleepwalkers ratchet up the tension to 11 as you rely on carpet or grass to muffle the sound of your footsteps. We often found ourselves standing perfectly still as one bombarded through the hallways of a house, mumbling strange things to themselves as they went about their chaotic business.

Other tantalizing goals like the promise of bonus evidence encourages exploration, even if all you want to do is leave when you’re finished. When you make too many mistakes or commit too many “sins” as the game calls it, The Shape comes after you.

Your typical visibility and sound meter (represented by an eye and waves for sound you’re making) turns into a terrifying symbol when The Shape is hunting you. It’s enough to make you sweat each and every time.

There’s a distinct difference between being caught by an enemy and being caught by The Shape, however. Enemies will drag you off if you’re too weak to resist (damage directly subtracts your maximum stamina), and will take you to one of the red doors in the map to be sacrificed to The Shape.

While being dragged by an enemy, you can grab escape items like flash bangs from piles of garbage the cultists seem to pile up around the map as part of their nightly routine. Conversely, The Shape gets you, you’re toast.
Falling in a mission lets you spectate yourself as a Sleepwalker, or you can watch your friends. They can come “revive” you, but it’s not easy as your character will run from them or even alert enemies, seeing as how you’ve been converted to the cause.

Once you’ve reached level 5, a new option allows you to let players join the game as a member of the cult and work against you in a twisted horror version of PVP. It even offers more to discover, should you opt in for the Enhanced Audio. This uses the audio from your headset and from your teammates to add new elements to the game that I won’t spoil here, but suffice to say it’s worth enabling the feature. It adds an entirely new layer to the game.

When it’s all in motion, it’s wonderful, tense, terrifying art. The Blackout Club absolutely nails a sense of true atmosphere and dread, while also giving you the tools to strategically handle the things it will throw at you. Coordination is key, but things can quickly devolve into screaming and running for your life when The Shape puts its sights on you.

If you have a group you play games with online, The Blackout Club is a must buy to spice up your usual multiplayer routine. 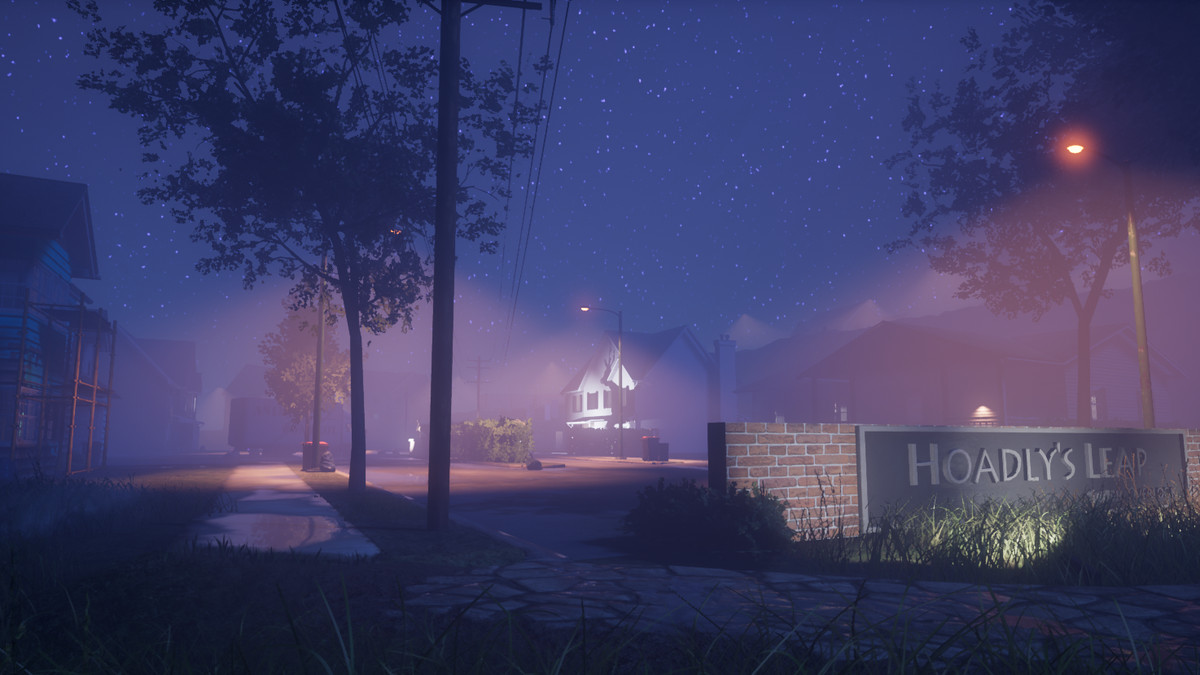 The Blackout Club combines sharp visuals with smooth performance and excellent design, both in the levels and in the audio. Playing with a Sony Platinum Headset using virtual surround sound, the tension was practically palpable during multiplayer sessions. I even tried to do a mission on my own, but it was simply too much to handle.

The Blackout Club shines as a multiplayer experience, and while I would love to see the developers flesh out the story in a campaign for a future title, there’s no denying that this is one of the most interesting and unique worlds to grace gaming in some time. It’s also incredible that they’ve managed to make a horror game that gets scarier with more players.

While I don’t plan on joining any cults or walking in my sleep tonight, I can put my skepticism towards co-op horror games to rest. The Blackout Club has made a believer out of me.

A copy of The Blackout Club was Provided to PS4 Experts for Review Purposes.