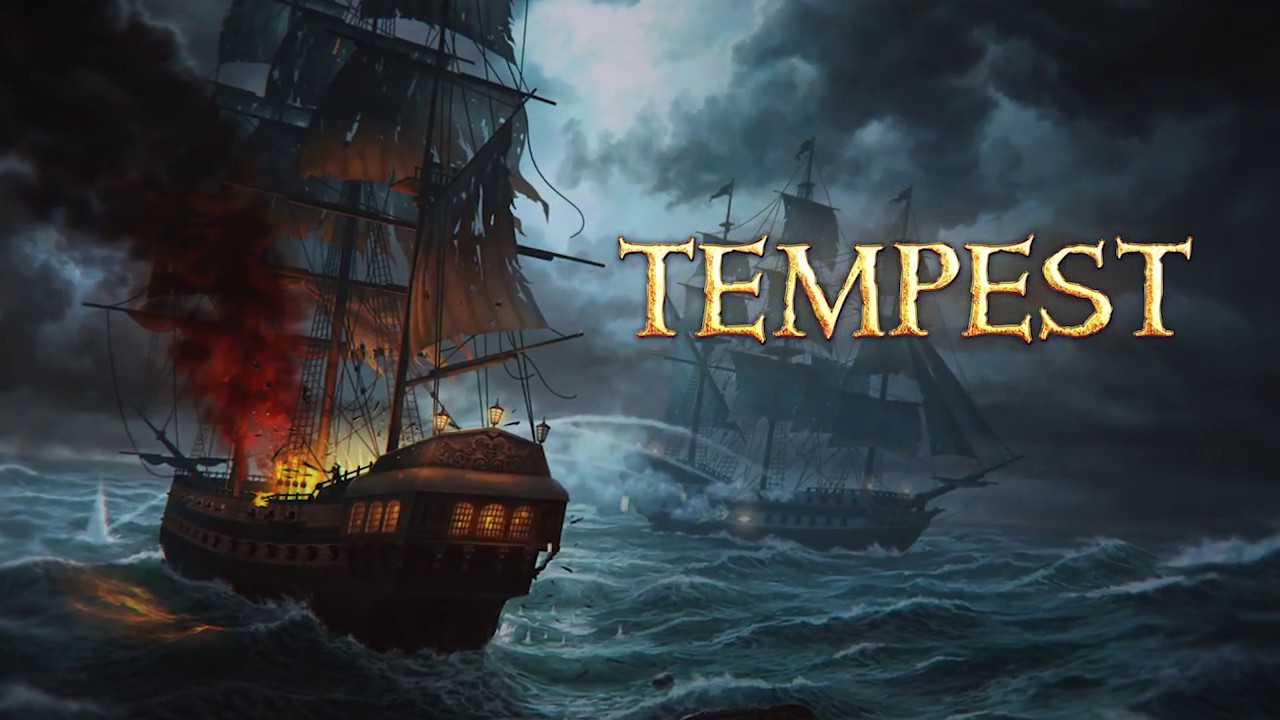 The allure of being a pirate is something that games have toyed with over the years. Some have had more success than others, but I fondly remember games like Sid Meier’s Pirates on PC, and even a plucky little game called Pirates: The Legend of Black Kat for PS2.

It’s not easy to capture the freedom and allure of being a captain on the high seas, but does Tempest, a new action RPG for PS4, manage to give you that feeling of limitless possibility, or should this title walk the plank? Let’s find out.

A Jack Sparrow of All Trades, But a Master of None

Tempest isn’t a game with a AAA budget, and that’s reflected in its $14.99 price point. With this in mind, the diving into the game does reveal an impressive set of mechanics. These range from naval combat to on-foot combat, trading, crew management, and quests to complete.

The game throws you into a combat tutorial when you first begin, with no mention of a story or explanation for how you turned to the pirate lifestyle. The tutorial continues via quests given to you from a local pirate academy, and while these do a good job of fleshing out the various systems, it’s easy to get distracted and leave them behind without understanding the full breadth of the game’s options.

I do recommend doing the tutorials, however, as the game’s wide selection of menus and options can be daunting for players who are thrown into it without knowledge of how everything works. As you begin following the quests in your journal, you’ll learn more about what’s going on through text delivery, but those looking for a pirate odyssey to pair with their sailing won’t find much here to motivate you.

Lack of story aside, there’s no shortage of things to do in Tempest. It’s possible to sail around and explore, but the game wisely gives you an option to open your map and choose a destination to quickly sail there. Random battles appear as you travel, giving you the option to stop and engage if you so choose.

Since your sailing speed is relatively slow, even when you position the ship towards the direction of the wind, this option to get around faster means you’ll spend less time waiting and more time engaging with the various systems.

To get a better understanding of how it all plays, let’s discuss each of the major activities, starting with naval combat. In battle, you can switch between different types of ammo and position the targeting accordingly to fire off volleys from the sides of your ship.

Once an enemy ship is in your sights, a percentage meter begins rising, showing the accuracy of your shot. You can fire when ready, but it will also fire automatically when it reaches 40%. You can increase your accuracy through upgrades and by using your trusty scope to hone in on a specific target.

Artifacts you can utilize also allow for some supernatural powers as well, like the ability to call a meteor out of the sky or summon a kraken to destroy your enemies. These offer some extra strategy and excitement to the otherwise standard combat.

Since the game has you rely on the direction of the wind for your speed (which is realistic), this also means that maneuvering your ship can feel cumbersome at times, especially with the starter vessel. This clunkiness extends to the on-foot segments, which have you fighting with a sword, but using an aiming reticule locked to the center of the screen like a shooter.

By moving the reticule and slamming the R2 button to swing your sword, you can fight off enemies while boarding their ship or in other situations, but it never feels very intuitive. The animations are also stiff to the point where the combat isn’t terribly convincing.

When you’re traveling to ports for quests, everything works pretty much as intended. You have the option to stock up on things beyond ammo like wine or supplies, and then use the game’s world map to see which ports could offer profits for your goods. The buy low, sell high mentality here gives you plenty of incentive to explore and make the most of mercantile senses.

Factions play a role as well, with allies offering bonuses in specific ports. An example are the pirates who will repair your ship for a discount. Finally, managing your crew allows you to hire and place people in specific sections of the ship for additional bonuses to things like speed, reload time, and so on. While the actual action of clicking and moving people can sometimes be confusing due to the visuals sending mixed messages, the mechanic itself is another solid addition to the options at your disposal.

While Tempest isn’t going to set the world on fire, it does offer a compelling gameplay loop for those who want quick bursts of the pirate life. I would have liked deeper mechanics and tighter controls, along with a more engaging story, but for the price point here, there’s enough to keep people interested. 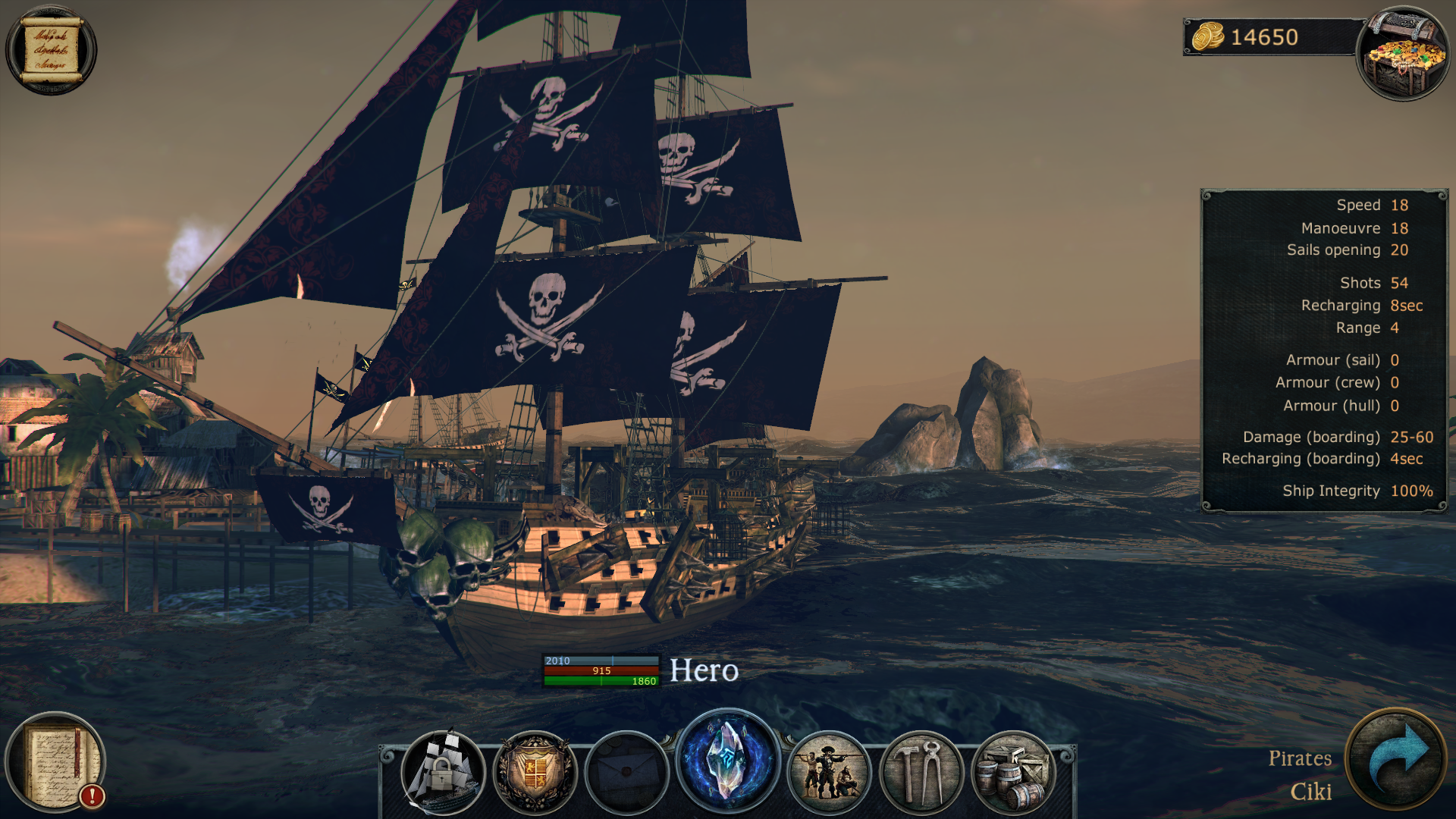 Given the relative budget for Tempest, the graphics and presentation are fairly good. There’s some nice detail in the water and on the ship when you zoom into a first-person view. Things like explosions and land masses don’t fare quite as well, but are still easily identifiable.

Controls are displayed on the screen by default and the menus themselves can become a little cluttered in certain cases. The aforementioned crew management screen, for example, can be confusing as you’re not sure if you’ve successfully clicked on a crew member so you can move them to another part of the ship.

Some of the menus could have been streamlined by relying more on text and less on visual representations, but overall the presentation does a good job of pulling all the separate systems together.

When you boil it all down, Tempest offers a solid, if surface-level, pirate RPG experience. You’re certainly getting your money’s worth between all of the different activities and quests, but without a strong story to tie everything together, it’s hard to say if this will keep players invested for the long-term or not. It all depends on how much you love the pirate life.

A copy of Tempest was provided to PS4 Experts for review purposes.