Stardrone is a new arcade puzzle game for the PS4 that works exclusively with PlayStation VR. Using a PlayStation Move controller, you fire a ship off into one of 60 different levels and utilizes switches to manipulate its trajectory.

With little control over the ship, you’ll need to plan your shots carefully and react quickly. Should you jump and try out this flashy arcade game for PSVR? Let’s find out.

A Simple and Satisfying Premise

Stardrone doesn’t have any story or explanation behind the sixty levels it provides. The game places you on a level select menu and sends you on your way. It’s a very streamlined arcade experience that gets you into the action quickly.

PlayStation VR is the only option for playing Stardrone, which limits the potential reach of this fun arcade title. Now, many people will look at this and assume that such an arcade game doesn’t need to be in VR.

I would argue against that. I think Stardrone could have benefited from a standard TV mode, but I don’t think it should trade that option for VR. In fact, I thought the VR implementation here was excellent. The 3D view of the levels made it a lot easier to strategize and implement your actions quickly.

If the game was on a TV screen, it would need to pan quickly across the large levels to keep up with the intense movement of your ship. In VR, you simply follow the ship naturally with your gaze and make adjustments using your Move controller.

This feels incredibly natural to me, and I think that same level of intuition would be hard to replicate on a standard screen. The camera could be pulled out and left static, but again, that would rob the game of its dynamic and vibrant levels.

With the VR argument out of the way, let’s find out how the gameplay fares across the wide spread of levels in Stardrone.

A Gameplay Loop That Rewards Planning and Quick Reflexes 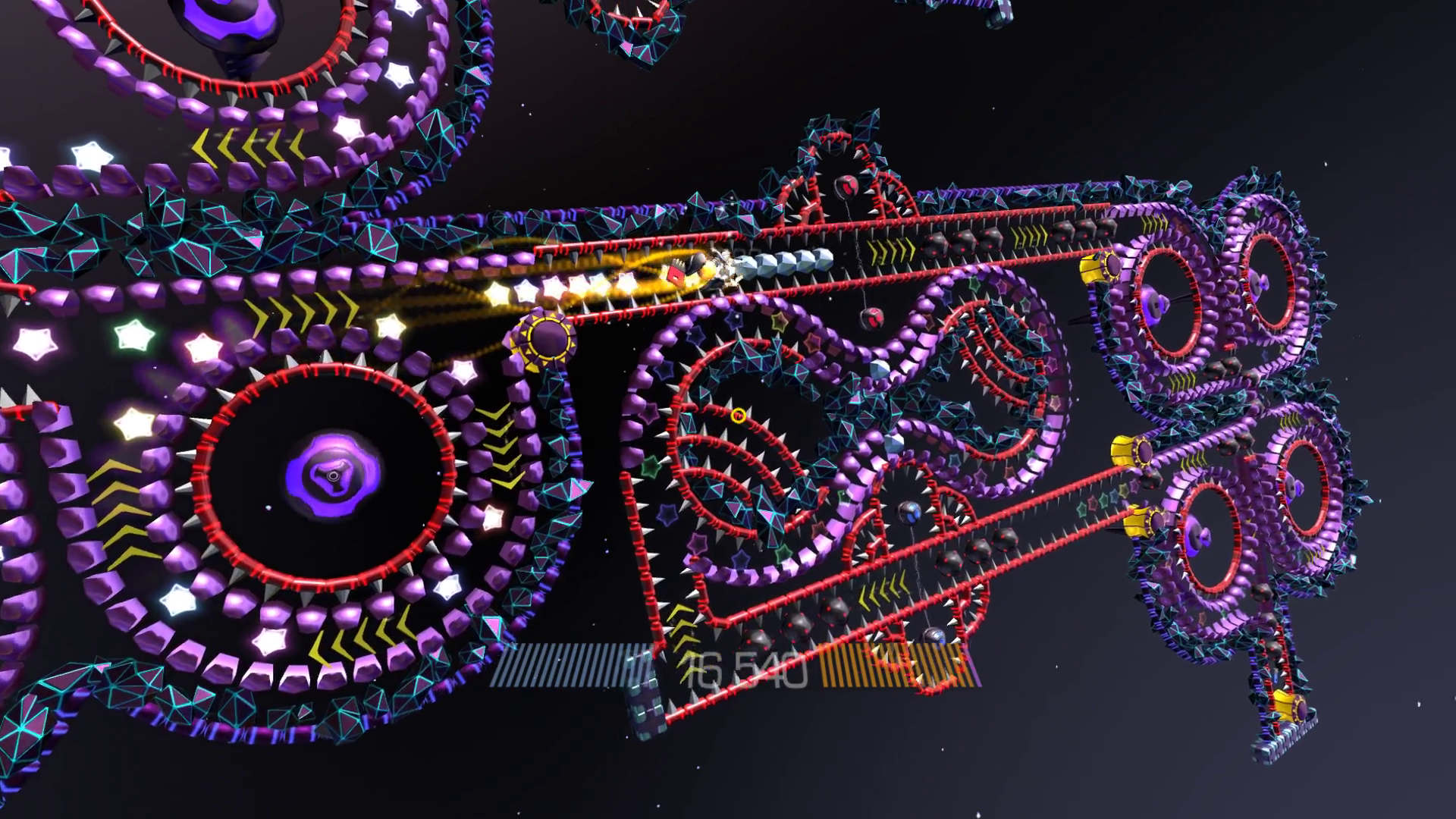 Stardrone’s gameplay mixes up the objective for its levels, but the mechanics remain largely the same. Using a PlayStation Move controller, you fire your ship off in a chosen direction. Physics how it drifts through open space, but a variety of obstacles and mechanics will help you influence where it goes.

Gravity switches can be triggered by pointing at them and pulling the trigger. This will pull your ship into the object’s orbit. A carefully timed release will send it flying away in the direction you choose.

Boost arrows give you speed, while solid walls and clusters of crystals can slow you down. Depending on the level, you may also need to dodge items like bombs or other enemies that will destroy you after several hits.

Examining the level in detail before you begin is smart, along with honing your reflexes to quickly act when you can by hitting a switch to pull the ship in and direct it. Objectives range from making it through the level, to lighting up all the colored stars, to activating turrets that take out enemies.

There are some harsh difficulty spikes spread throughout the levels, but for the modest asking price, Stardrone offers plenty of arcade content. It may not take up hours of your time in a single setting, but it does make for a refreshing and streamlined arcade experience.

Beautiful Color and a Catchy Soundtrack

Stardrone is a beautiful game in PlayStation VR. The neon colors pop inside of the headset, while the smooth frame rate tackles even the most chaotic moments when ease. The soundtrack is a standout element as well.

The electronic beats of the soundtrack, especially when you finish a level, are incredibly catchy. In the end, I enjoyed my time with Stardrone. The gameplay is simple and addicting, while the VR implementation works great, and the price is incredibly fair at $7.99.

A TV option would have been nice, but I don’t regret playing this fun little arcade title in VR for a second.

A copy of Stardrone was provided to PS4 Experts for review purposes. Played using PSVR on a PS4 Pro