Visuals novels have always appealed to the bookworm in me. I used to read books all the time, but these days I have less free time and I prefer gaming over anything else. Visual novels offer a little of both worlds, but the best ones go beyond just stories with music and art.

Spirit Hunter: NG is the second game in the series after the acclaimed Death Mark. The two take place in the same universe, but the stories are separate. You play as a high school student who soon finds himself deep in the world of spirits when his little sister disappeared under mysterious circumstances. Should you do battle with these spirits, or run the other way? Let’s find out.

Visual novels can be an amazing way to tell a story, but the elements must come together. Good pacing, a strong atmosphere, and some interesting gameplay mechanics can really go a long way towards making it feel like more than what the genre title would suggest.

Spirit Hunter: NG does a great job of creating that all-important atmosphere from the beginning. The art, as we’ll discuss later in the review, is absolutely amazing. Environments, characters, and most importantly, spirits, are exquisitely detailed. The attention to detail really brings helps establish an immersive atmosphere right away.

There is very little voice acting in Spirit Hunter: NG, which is fine, but I do enjoy games that offer VO for the dialogue. That being said, the writing and dialogue are great and feel natural. The game does have a slow start, as many VNs typically do, but it helps that I actually liked the characters enough to enjoy their daily life leading up the game’s first spirit encounter.

You play as a highschool student who is no stranger to a fight, going so far as to participate in underground fight clubs to earn a living. You live on your own, but you do have an aunt who runs a local bar that you’re close with (she raised you essentially).

While your aunt’s daughter is not your “sister” per se, the game treats her as such since she and the protagonist are close. Other characters in the beginning hours include a woman you rescue from a pushy guy in the night (who you also get to know eventually), and your best friend who happens to have ties with the Yakuza.

It’s certainly an interesting cast, and once things get rolling the story is really hard to put down. Shortly into the game, your little sister disappears under mysterious circumstances. The protagonist is forced to hunt down spirits in order to bring her back and prevent himself from falling to a curse placed upon him.

That’s all I’ll say in terms of story details to avoid spoilers. While the opening hours could have gone a little faster, I do respect the decision to let you get acquainted with the characters before things start getting a lot scarier. It went a long way towards making me care about them and their well-being.

As you go up against the spirits in the game, you’ll spend plenty of time getting to know them, their stories, and the legends behind them. This is all for the purpose of either destroying or purifying them.

Destroying a spirit does not lift the curse from you, it instead passes it to your companion. The only way to get the good ending and paths from Spirit Hunter: NG is to find out how you can purify the spirit.

The game does explain this, but I unfortunately lacked the correct item to do so when I first battled a spirit. You can imagine my shock and sadness when the consequences of that decision were revealed to me.

The game does let you save at any point when you’re exploring a map, but I only had the one file, so I couldn’t go back to find the item I was missing. It was a bitter pill to swallow, and part of me wishes you had to find the required items before a chapter’s finale, but it’s also fair to say that this decision adds weight and urgency to your exploration in a way few visual novels offer.

At the very least, I think a chapter select would have been nice for me to go back and redo the hunt. Beyond these crucial battles, Spirit Hunter: NG also incorporates a healthy number of intense sequences that allow you to alter various aspects of the game.
This starts with the ability to “react” to questions or ideas by selecting one of several different faces indicating happiness, a neutral response, anger, or several variations between each one. These change how characters treat you, but you won’t get a game over for being a jerk if you so choose.

Where the game really raises the stakes are moments when you have to make decisions with a limited amount of time, or decisions that require you to correctly choose your next action. It’s these “choose your own adventure” style moments that can quickly send you to the game over screen.

I sometimes had trouble understanding what the game wanted me to say or do, which led to some frustration after I died several times in a row, but the checkpoint does take you back to the moment you decide, so it’s not too bad.

Finally, the game has a scare system where you can opt for additional scares beyond what the story requires. You’ll get plenty of gruesome and terrifying art to help your imagination along, but these extra jumps can sometimes catch you off guard.

Unfortunately, even on the highest setting, I didn’t see many of them, and the ones I did see were a little too cheesy to really scare me. I would have liked to see more creative ways of scaring the player, but the atmosphere here alone does a good job of setting a horror mood.

While there is a nice selection of visual novels on the PS4, there’s none quite like Spirit Hunter: NG, save for the first game in the series. Japanese horror, along with all of the creative lore behind it, really stands out as an excellent example of how the genre can offer new and exciting scares.

Though the game itself has a few bumps in its journey, I can’t deny that I spent hours on end glued to the TV because I had to know what happens next. The combination of great characters and immensely interesting spirit lore is enough to make this an easy recommendation. That being said, let’s discuss how it all comes together.

Detailed Art Brings The World to Life (Or Death) 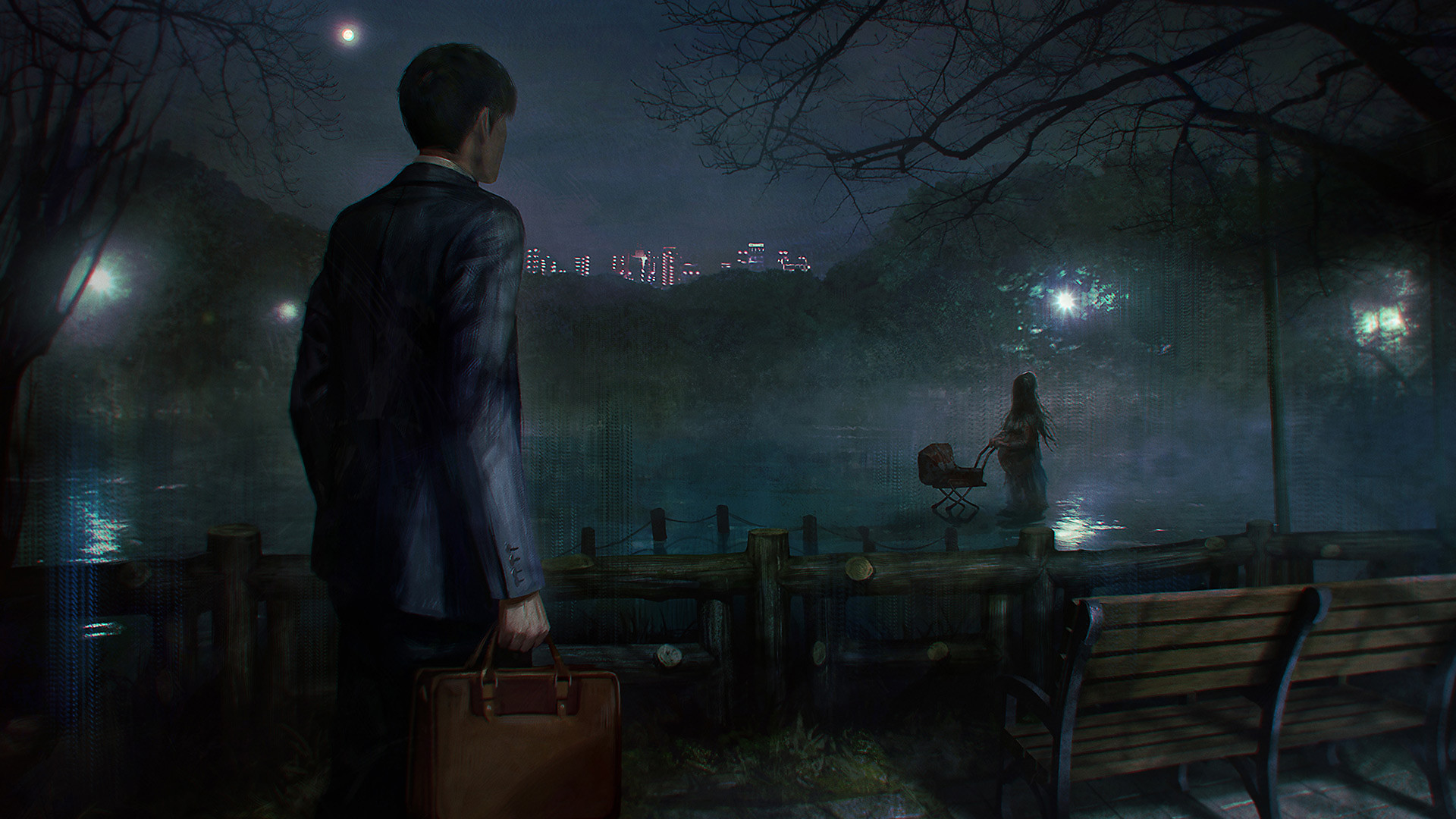 Spirit Hunter: NG has some of the finest art I’ve seen in a horror game. The environments are detailed and varied, but its the characters, spirits, and gruesome setpieces that really push the experience over the top.

The music, while appropriately creepy, doesn’t do much to solidify the atmosphere beyond providing tension during the more intense moments. I also would have liked to see more emotion from the characters, such as additional portraits when they are happy or sad, but what’s here does a fine job of conveying the proper emotion.

Visual novel fans who also enjoy horror should not pass up Spirit Hunter: NG. Even those who are curious with the genre will find enough gameplay and high stakes decision-making here to keep them engaged throughout.

I for one will absolutely go back to experience the first game in the series, and when a third entry is announced, I’ll be the first one in line to check it out.

A copy of Spirit Hunter: NG was provided to PS4 Experts for review purposes.