I’m going to cut right to the chase and tell you now, this game is excellent on many levels. If someone was to tell me Insomniac’s Spider-Man title was trash, I would have to walk away. I generally appreciate the opinions of others, but a comment like that would be backed by zero respect. You would have to be some type of anti-Spiderman fanatic to hate on this game.

That aside, let me explain why I find so much joy playing as the friendly neighborhood web slinger, Spider-Man. I promise not to spoil the games storyline. You should experience it for yourself to really decide.

Let me start off with web slinging and swinging. I could get lost for a few hours just enjoying the views and swinging from building to building. Web slinging/swinging feels so natural and fluid in this title, I just can’t help but enjoy it. As a major Spidey fan, this means a lot to me. Picking up speed with each swing and doing acrobats or free falling to the streets and then shooting a web right making contact with the ground is ridiculous fun that can’t ignored. None of that swinging from the clouds stuff, either.

In fact, all of the movement system is pretty amazing. Spider-Man is so agile when swinging or fighting, it's exactly how I would picture it in the comics, movies and cartoons. I don’t ever feel confined in battle. I don’t just dodge a punch, I use a web line zip out of the line of fire fights, multiple attackers, etc. I feel so nimble and I can’t get over it. It’s pretty dang great. While somewhat comparable to the Arkham series of fighting styles, I actually find that I prefer Spidey’s combat over Batmans. Don’t hate, it’s answer game and that should be expected. 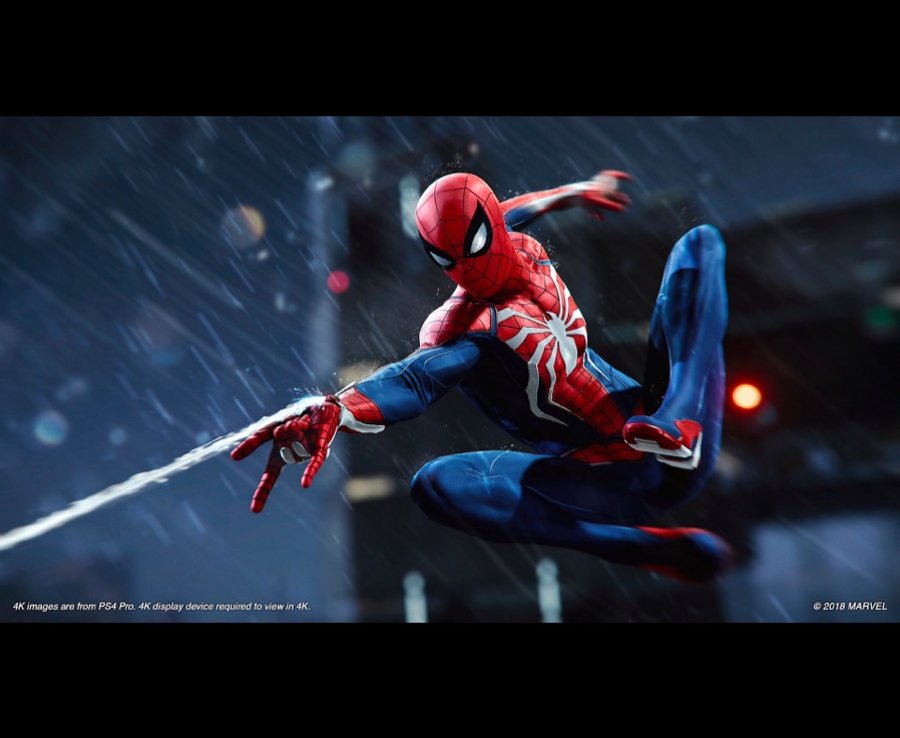 One of the things about playing a superhero game in general is, I all too often feel overpowered. Yes, I’m supposed to be OP as a superhero, but those game can be too simple. I play on the hardest difficulty settings to offer me more of a challenge and extend the amount of time I put into a title. While I feel super powerful as I play the role of Spider-man, I also don’t overpowered like I have in past games. I can get over confident and get my ass handed to me. I love it. I am learning from mistakes I’ve made, just like Peter Parker would in the comic books. (I’m one of those gamers that immerses themselves into a storyline and allow my emotions to bond with my main characters.)

The storyline is original and does not cop out a linear story stolen from past comics, movies, etc. It's very well written and lives up to the legacy that is Spider-man. Again, no spoilers, but if you have had a chance to play the game, I would love to hear your thoughts on the story and your experience with the gameplay. Everyone I have spoken to that play this game, have put it to me simply. The game is amazing. Almost makes me wish the game was titled The Amazing Spider-Man.

Packed with plenty of little missions on the side, this game has plenty to offer. You can avoid side missions and searching for items and complete the story within 20-25 hours. The amount f time spent playing through the extras can extend it by a good 10 hours or so. Not to mention the amount of time you can spend just endlessly enjoying web slinging/swinging, as I mentioned at the start of this article. Graphics and audio are excellent and I would expect no less. The music comes and goes and it’s really cool. If I’m on the ground walking through the crowd, I don’t generally hear any music and then when I shoot a web to go airborne (ThhwipPPP!! ;), catchy tunes begin to drop and I really like that about the game. That may seem like a pointless thing to point out to some, but I’m sure I’m not the only one that enjoys little things like that.

All in All, I highly recommend this game anyone that enjoys Spider-man. Switching roles over to Peter Parker off and on adds a lot more flavor to help keep the game from getting too repetitive. I am really looking forward to DLC release that are planned for the next couple of months.

I would go as far to say that even if you’re not a Spider-man fan or don’t really enjoy playing superhero games in general, I would still tell you to at least check out first hand. It’s a lot of fun and I rate this game 9 out of 10. The side of me that loves Spider-Man says 10 out of 10, but I am trying to drop it by point so I don’t come off as biased.

Have you been playing Spider-Man?