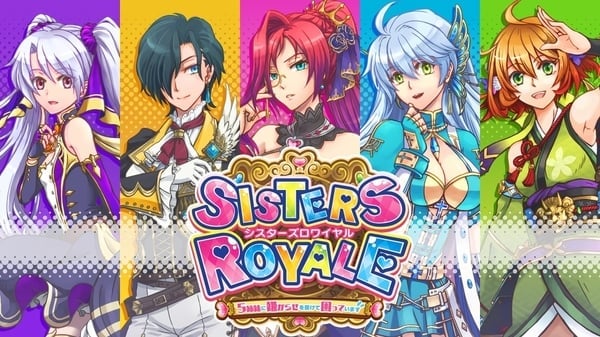 Vertical arcade shooters, sometimes referred to as bullet hell shooters, are often categorized by pure chaos and gameplay that requires quick reflexes and pattern recognition to survive the punishing gauntlets. I’ve certainly played my fair share of them, but never have I played one with the intention of helping one of five sisters fight her way to marrying the man of her dreams. That’s new.

This the exact premise of Sisters Royale: Five Sisters Under Fire, available now for PS4 and Nintendo Switch, which lets you choose from any of the five sisters and blast your way to victory. Should you help these girls find true love, or is this the wrong kind of bullet hell? Let’s find out.

Sisters Royale: Five Sisters Under Fire opens with some story about a prophecy that predicts five sisters will come together to destroy a great evil. To the people’s dismay, the sisters are instead fighting over a man. When you play the story mode, you’ll choose from one of the five sisters and blast your way through five levels as you take on the other sisters.

There are short cutscenes between each level where detailed character portraits of the sisters argue prior to their battle in a visual novel-style presentation, but the story really just acts as set dressing and offers some moments of snarky humor as the girls relentlessly insult one another.

Titles like this are all about the gameplay and the high scores you can shoot for (pun intended) as you run the stages over and over. In Sisters Royale: Five Sisters Under Fire, you move upward through a vertical slice of the screen as you blast enemies and dodge thick patterns of bullets.

Each sister has their own unique special, along with a secondary Shikigami attack that sets them apart. These secondary attacks can be used at your whim, but come at a cost. For example, one allows you to send out a homing familiar that attacks enemies in quick succession, but leaves you slowed while it’s out.

Another one extends blades from your character that spin as you move around with the left stick, requiring you to be more mobile. If you prefer to simply use the ranged attacks, those are there too.

The characters feel unique as a result, and while the difficulty is never punishing (even on higher levels it doesn’t matter because you can respawn where you died), your score is based on how close you get to enemies and danger, so there is incentive to risk your life if you want the highest score.

While the experience overall is short, the different sisters and their attacks make it fun to replay and see their unique dialogue. Ultimately, score chasers will find a lot to like here, but the lack of true challenge may turn off hardcore fans of the genre.

Visuals That Get The Job Done 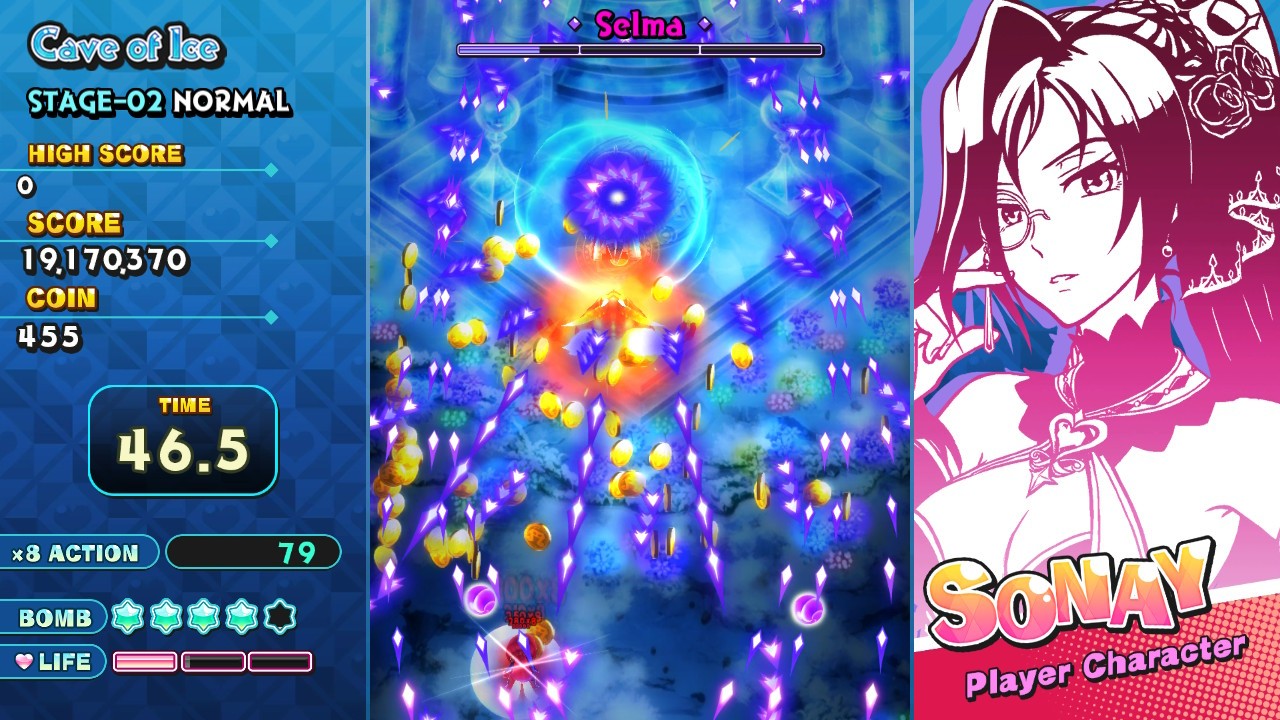 While character portraits are detailed, the actual gameplay in Sisters Royale: Five Sisters Under Fire is confined to a vertical slice of the screen with simple graphics. That being said, the visuals do a good job of communicating everything, and the controls feel responsive enough to make it worthwhile for shoot-em-up fans.

It’s a game that has moments of humor and some interesting attacks for its characters, but ultimately Sisters Royale: Five Sisters Under Fire is going to appeal to arcade shooter fans the most, and for everyone else it could be a fun way to check out the genre without fear of a punishing difficulty.

A copy of Sisters Royale: Five Sisters Under Fire was provided to PS4 Experts for review purposes.