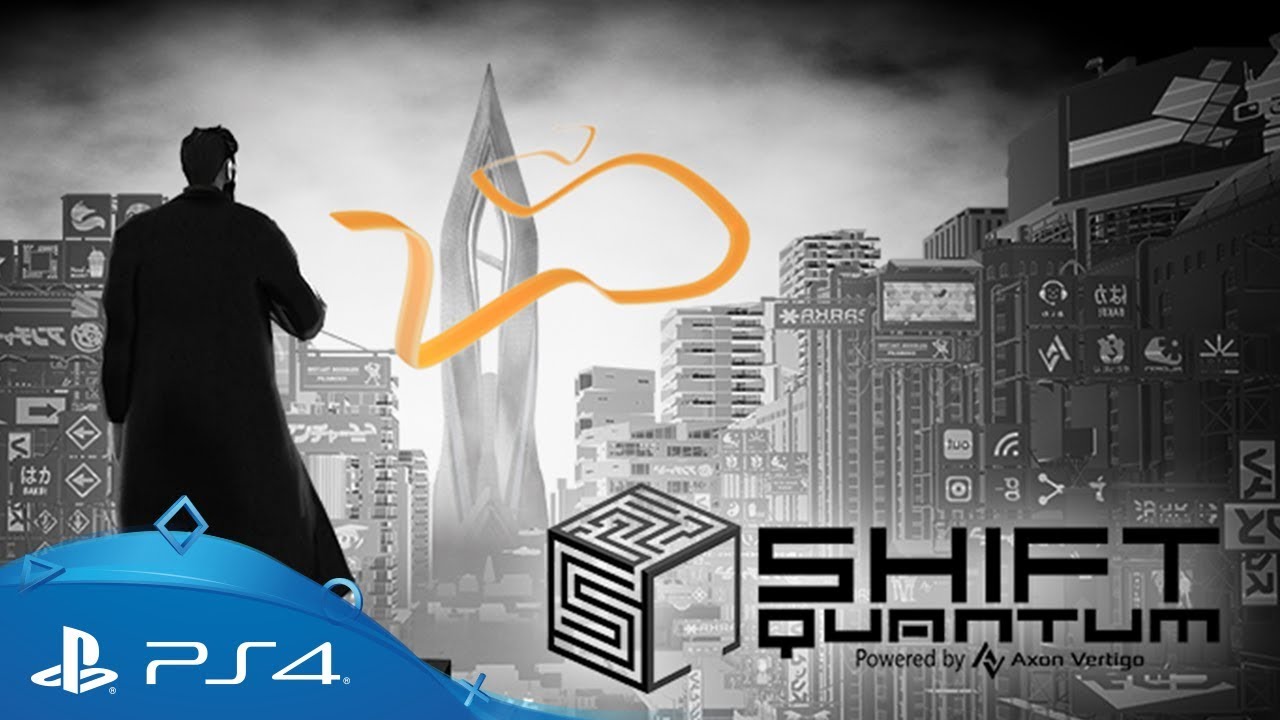 The Shift series of puzzles games have been available for some time on mobile devices, and as flash titles, but now the series has made the leap to PS4 with Shift Quantum. This puzzle title has a unique mechanic that allows you to essentially invert the world at will.

This is indeed a pretty neat mechanic, but is it enough to make Shift Quantum stand out among the long list of other indie puzzlers on PS4, or is this cyber-noir game a little too black and white?

Shift Quantum opens with a strong start that sets up this cyber-noir world and the elusive goal of your puzzle solving. As the game progresses, you’ll experience some other events that hint at a larger story, but with over 100 levels in the campaign, the story doesn’t make very many appearances.

This is unfortunate because I personally really enjoy puzzle games that weave a complex or intriguing narrative into their levels. Whether it’s an explanation of the puzzles themselves, a deeper story behind the main character, or something profound that calls everything into question, some of the best puzzle games on the PS4 also features some of the best stories.

With Shift Quantum’s cyber-noir setting, there was a missed opportunity here for more cutscenes and story, even if they were just Frank Miller style graphic novel pages with narration, something like this could have really added some spice to the experience.

Lack of story aside, Shift Quantum rides pretty high on its core gameplay mechanic, which allows you to shift the level at will. So, what does this mean exactly? One moment, you could be walking on a space that is black beneath your feet, only to shift and find that all the space around you has become solid white ground, while the black is now empty space.

It’s best seen in motion to get the full effect, so check out the trailer below:

Now that you’ve seen the game in action, you’re probably wondering how the developers manage to keep this mechanic fresh across the massive campaign. For starters, the difficulty really ramps up quickly. You’ll have bursts where the puzzles fly by, but those head-scratchers will always find their way back to you and stump you for a good while in many cases.

There’s also the introduction of additional level mechanics that work in tandem with your shift ability. For example, you have sliding blocks that become solid or invisible based on which version of the world you find yourself in.

Hazards like spikes that kill you in a single hit also test your platforming skills. Thankfully, the platforming controls feel responsive while also being highly animated. There were a few times that I found myself stuck when I moved blocks or items to the point where I couldn’t progress.

In situations like this, you have no choice but to reset the level. A way to undo your last move here would have been helpful, as resetting the level is never ideal. Beyond the campaign, Shift Quantum also allows members of the community to create and play each other’s levels.

While the level creator requires some learning, it has been used to great effect since the game’s launch, offering a nice cushion of replayability beyond the already sizeable campaign.

A Slick Style and Unique Setting

Shift Quantum has a very distinct cyber-noir visual style and a simple black and white color palette to represent your shifts. The game plays smooth, the controls are responsive, and the puzzles provide plenty of challenge.

Fans of the genre will find a lot to like in Shift Quantum, but even with the sheer number of levels and mechanics, the experience lacks that narrative punch that could have really pushed it to the next level.

Even so, what’s here is plenty of bang for your buck. If your itching for a puzzle game, I’d recommend shifting around some funds to check this one out, especially if you can find it on sale.