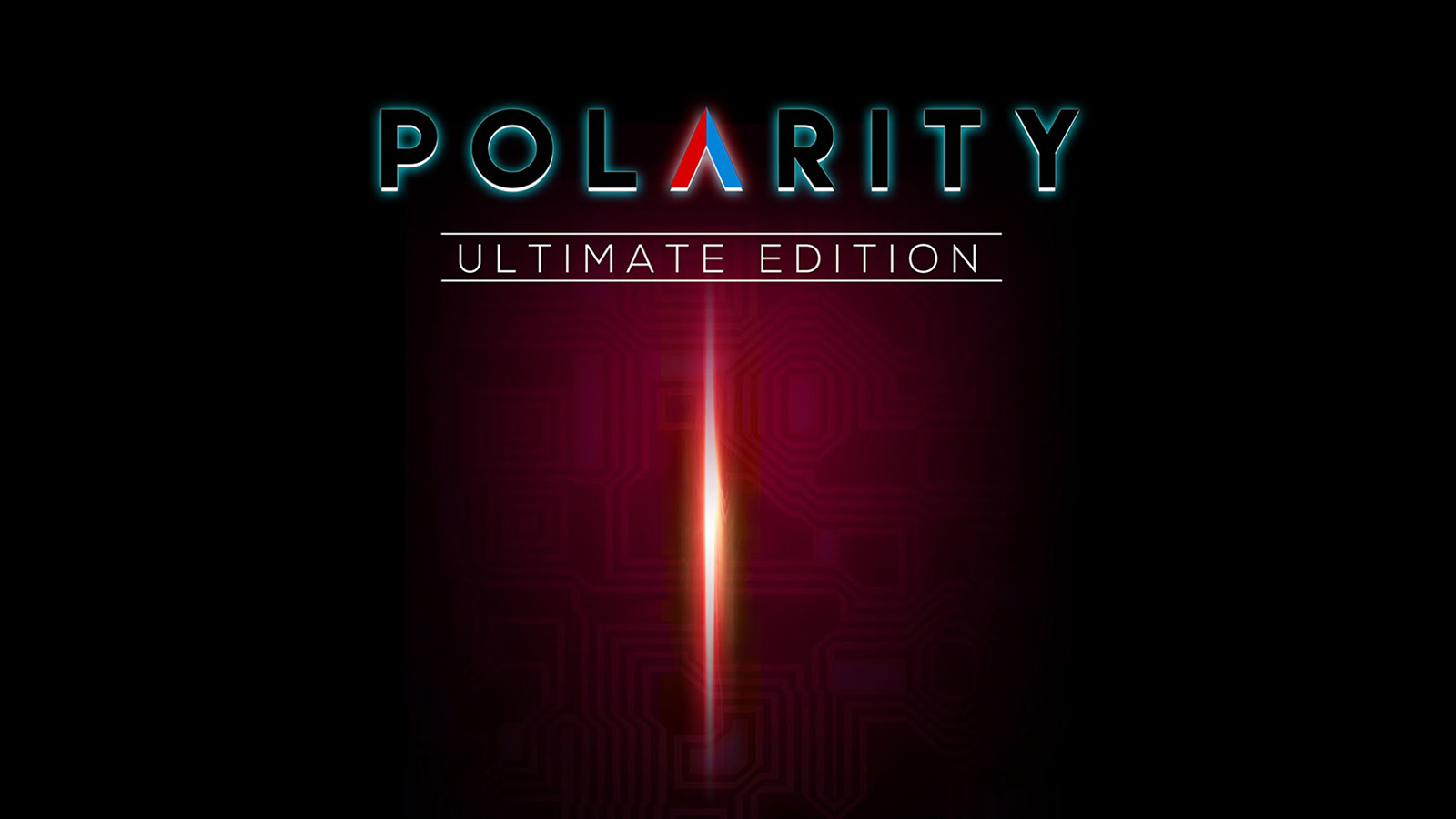 The first-person puzzle/platformer genre has seen a lot of love over the years. While we can probably all agree it was pioneered by the likes of Portal, plenty of indie developers have brought out their own takes on the concept, with all of kinds of interesting results.

Fresh out of the gate is Polarity: Ultimate Edition for PS4. In this game, you play as a hacker who must solve puzzles to break into digital vaults and steal sensitive data. Does it manage to hack the status quo and create something new and exciting, or is this hacking game a hack? Time to find out!

Scattered Pieces of a Story

Polarity's premise is something I've always wanted to see explored in a video game. Plenty of puzzle games have used hacking as the explanation for their aesthetic and mechanics, but few have ever explored the implication and ethics of stealing person data.

Polarity: Ultimate Edition tells you that you're within digital vaults where data can be stolen if you solve the puzzles that act as digital locks between you and the data. It's a cool way of explaining the gameplay for sure.

Unfortunately, Polarity: Ultimate Edition doesn't do a whole lot with its story. There are some cutscenes in the form of text windows where the main characters converses with an unknown client who gives them their assignments, but these scenes only happen at set points throughout the game, and aren't very consistent or enlightening.

This style of storytelling could have worked really well if it was more present, but as it stands, the story doesn't really offer a lot of background or thought-provoking content, other than a premise for the gameplay.

This is made worse by the fact that it's barely there. It's worth noting that the game was done by a very small team, but I would have been totally fine with more text, even if it was more information about the locales and victims of your hacking.

Sharp Puzzles and a Wide Variety of Modes

While the story is a missed opportunity, Polarity: Ultimate Editions offers a nice range of content in the gameplay department. Beyond the single player levels, there's a separate co-op campaign which can be played locally with another player.

There's also a simple versus mode where you have to dodge lasers and throw colored cubes to hit targets for points. It's a nice range of content, but how do the puzzles fare?

Polarity: Ultimate Edition mixes some item management, a color-based polarity mechanic, and some light platforming to create its puzzles. There's a nice mix of simplicity and challenge in the level design.

None of the puzzles stumped me for hours on end, but a few had me scratching my head. Even if the solution was easy to understand, the actual flow of events to make it happen always had me grinning.

The colored cubes and pads that are powered by them are fairly standard, as were the bounce pads and ramps that shot you through the air, but Polarity: Ultimate Edition adds a new layer with it's red/blue polarity system.

This mechanic added some spice to the puzzles in ways that I really enjoyed. While things started simple (you have to be red to pass through a red barrier), the complexity ramps up nicely.

For example, to stand on a blue platform, you need to be red. If you're the same color, you'll just fall through. It makes sense when you think about it, but when you're flying through the air, or making precarious jumps, it stretches your reflexes and your mental muscles.

You'll be ranked based on your time for each level, and you'll also need to collect data clusters to unlock all the levels. There are three data clusters per level.

Obtaining them is sometimes really easy, but other times they require you to solve what feels like a separate puzzle to reach them. In these moments, they rose above the status of collectibles and instead became miniature puzzles of their own.

There are also some time where you must select specific parts of computer code written out on a wall to trigger elements of the environment. Picking out words like "open", "trigger", or "true" make you feel like a real hacker.

Between these and the polarity mechanic, Polarity: Ultimate Edition manages to add a few novel ideas to the genre. The excellent puzzle design also lends itself to the co-op mode where teamwork is key for some of the more difficult levels.

So, while the puzzles never truly became difficult, they did provide me with some really cleverly designed quandaries to solve. The unique mechanics I mentioned also made them fun to solve. With the option for both single and multiplayer, the value is there for the asking price.

Polarity: Ultimate Edition uses a simple presentation with neon colors and a heavy emphasis on red and blue, which are the colors you can swap between for polarity. It's reminiscent of a hid-def Tron, especially given the digital nature of the game's world.

I have to admit, it would be pretty cool to experience the game in VR, but on a standard TV it plays smooth and it looks sharp, if a little simple.

The truth of the matter, is that Polarity: Ultimate Edition is a smart and interesting puzzle game with a good amount of content. While the story leaves a lot to be desired, the level design is sharp and a few of the mechanics are pretty unique.

Cap that off with an excellent co-op campaign, and Polarity: Ultimate Edition becomes a puzzle game that's certainly worth your time if you're itching for some new brainteasers.

A copy of Polarity: Ultimate Edition was provided to PS4 Experts for review purposes