As a huge horror fan, I sometimes wonder why I enjoy having the daylights scared out of me. There are moments when horror games push me to the point where I have to step away and take a moment to recover. This is especially true in PlayStation VR when the horror is quite literally all around you.

Paranormal Activity: The Lost Soul is one such horror game for PlayStation VR. One thing that cannot be denied, is that this game is terrifying. Is that enough to justify the higher cost than other VR horror titles? We're here to find out.

A Strong Premise and a Familiar Story

Fans of the Paranormal Activity movies will be looking for a few things in this game. Namely, they'll want intensity, tension, otherworldly spirits, and plenty of shocking moments.

The concept behind Paranormal Activity: The Lost Soul is solid. You are here to explore this house and investigate the strange events happening all around you.

During my time with Paranormal Activity: The Lost Soul, I encountered some truly terrifying moments and intense scenes that defied all logic. From flying objects to things moving on their own, to downright satanic rituals, it's all here. The supernatural element is strong here.

That being said, I'm not a big fan of the horror movie trope that involves animals. Humans are flawed creatures, and a perfect target for supernatural horrors, but animals are innocent and should be left alone.

Many horror movies ignore this concept and instead hurt or even kill animals like the family dog to add to the shock value. It doesn't work for me, and I rarely see it in horror games, but it was an element used briefly in Paranormal Activity: The Lost Soul.

If you're a dog lover or an animal lover like me, you should know going in that this trope is used, albeit briefly, in the game. It's so rare to see in games, I didn't expect it. In my opinion, it's unnecessary, but that's just because I have 2 pups of my own.

The story itself is a slow burn. You'll find notes and even tapes scattered around the house, but they do little to tell you what's going on. Even the actual story moments are more about horror and intensity than actual exposition.

You'll most certainly have an idea of what happened by the time you reach the ending, but the game doesn't go very far into the Paranormal Activity mythos. I would have liked to see more of the lore from the movies here and perhaps even some explanations surrounding the mysteries that still permeate the movies in the series.

Of course, the main draw of this game is the scare factor, so let's explore how the game fares in the realm of virtual reality.

A Terrifying Experience That Borders on Suffocating

While the story doesn't push the lore of Paranormal Activity forward like I had hoped the gameplay in this PlayStation VR title absolutely delivers in the scare department.

There are some caveats, however. While the developers have expressed the intention to update the game with fully locomotive controls, the current option has staggered turning that may turn some players off. The movement itself is smooth, with a spring option as well.

The controls initially drove me nuts. The PlayStation Move controllers are required for play, and the locomotion is done using the face buttons since no analog sticks are available.

I say "initially" because I eventually grew to understand them. Many will cry foul at the need for separate buttons that go forward, backward, and turn left or right, but practice made perfect for me.

After an hour or two into the game, I was pretty comfortable with the controls. There's no denying that they're pretty complicated, but there's also not much to be done when the design of the Move controllers lacks analog sticks. At that point, it's not really the developer's fault.

Control growing pains aside, the gameplay of Paranormal Activity: The Lost Soul was very smooth and extremely immersive. With a flashlight in hand, I could navigate the house and illuminate the darkest of corners with an incredibly high level of apprehension.

With no way to defend yourself, there are going to be moments where you'll need to run, and it's here that the controls may rear their ugly head. For the most part, the sheer level of tension is enough to keep you on your toes.

Randomized scares happen as you explore between story moments, adding to that tension that dances on the line between intense and overwhelming. This is especially true when you wear headphones and let the excellent audio pull you even deeper into the experience.

The jump scares are excellent, and they're not overdone to the point where you get annoyed. It's a careful balance that maintains atmosphere throughout.

The only thing I wished the game had done, was give you more feedback when you're interacting with objects. There's plenty of things to interact with, but things like locked doors will just let your hand pass through the handle.

If there was some kind of animation where you grabbed the handle and tried to open it, this would eliminate the problem entirely. It's a small thing, but trying doors only to have your hand pass through them breaks the immersion temporarily.

The rest of the experience is very well done. While the scavenger hunt for items can get old towards the end as you hunt down the last few items, the atmosphere and tension are exquisite. Furthermore, the scares are well-crafted and used sparingly enough to keep you on edge without becoming frustrating.

The controls will most certainly take some getting used to, and the freeform non-linear nature will lead to moments of wandering around looking for the next story scene. Despite these things, this is an extremely scary game with a lot to see and do as you progress. 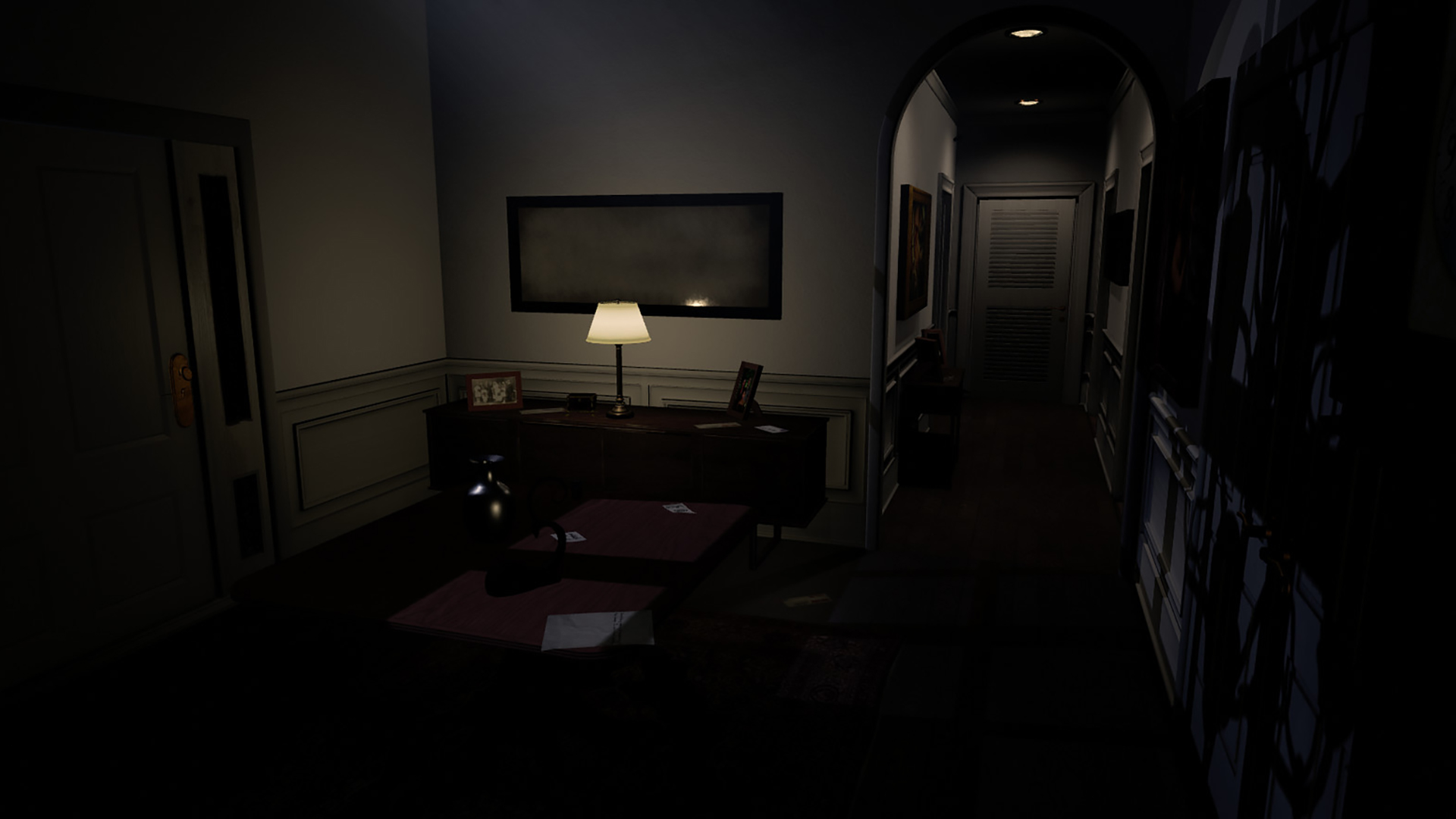 While the devlopers of Paranormal Activity: The Lost Soul have promised additional improvements to the graphics, I was really impressed with the image quality in PlayStation VR on PS4 Pro.

The house itself is detailed with plenty of unique rooms and grotesque situations. Animations were smooth, and the frame rate was perfect.

The audio design was also very well done. Headphones are again the recommend way to experience this title. The developers know how to create atmosphere, tension, and terrifying moments.

With a stronger story and a more diverse set of things to do throughout the adventure, this could have been a perfect horror game. As it stands, the hunt for answers and the excellent horror elements make this an easy one to recommend.

While the price tag may put you off, the supernatural experience here is easily among the best horror games on PlayStation VR. Just be prepared to take some breaks, because it will get to you.

A copy of Paranormal Activity: The Lost Soul was provided to PS4 Experts for review purposes