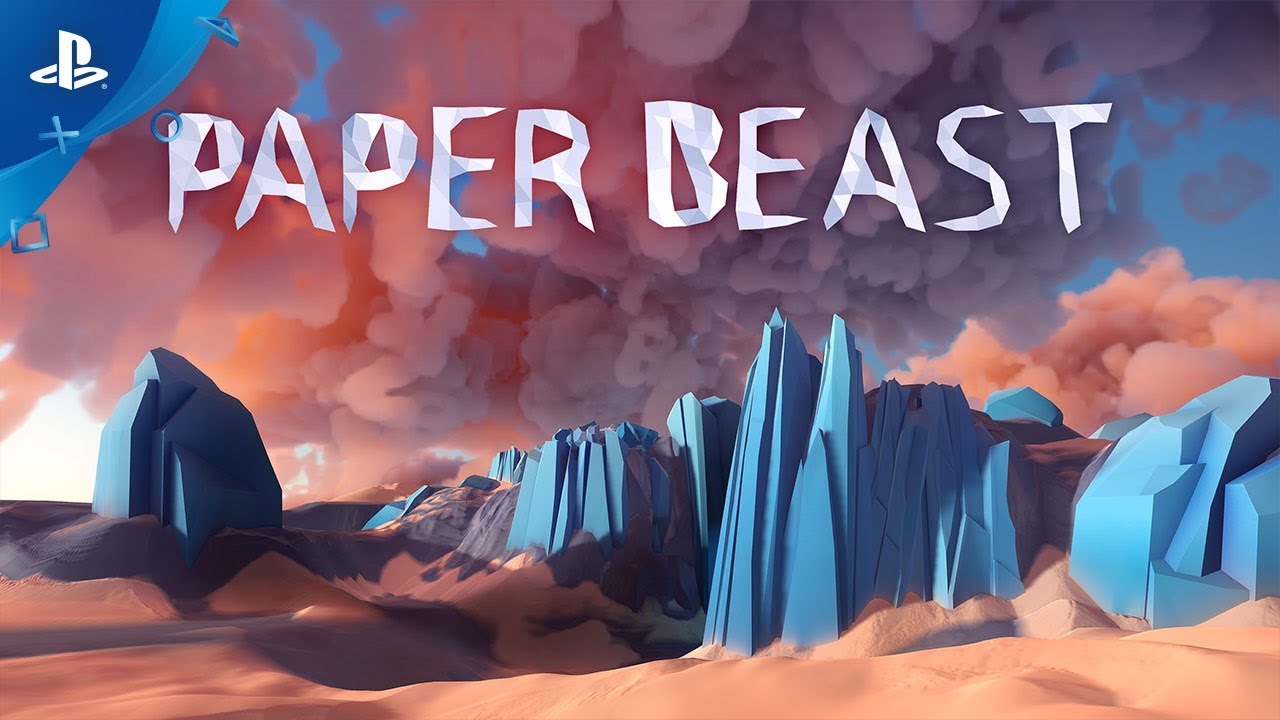 There’s no getting around the state of the world we live in today. Gaming has always been a way for me to escape from reality, but these days sometimes not even that’s enough. Virtual reality offers a way to enhance your immersion, but even then, it’s going to take a miracle to make me forget about what we’re all going through.

Paper Beast, a new PSVR title from Pixel Reef, quite literally takes you into a different world, One with its own creatures, its own ecosystem, and its own struggles. It’s a beautiful, abstract, immersive, and captivating odyssey that, maybe, just maybe, can give you some momentary peace and much-needed distraction in this chaotic world.

An Escape I Desperately Needed

While I’m no stranger to hanging out at home and playing video games, the ongoing coronavirus pandemic has left me struggling more than usual with my mental health. I’m also a very empathetic person, so my heart breaks for those around the world fighting the disease, isolating themselves from it, or facing it head on as a doctor or nurse on the front lines.

The first night I sat down to play Paper Beast, these thoughts weighed heavy on me. I thought a little VR could do me good, a chance to completely envelop my senses and step outside of this world, if only for a moment.

When you first dive into the game, you’re treated with a short opening that culminates in an unexpected (but not unwelcome) musical performance that abruptly ends with your first steps in a world that has come about as the result of a quantum computer’s calculations, or so it would seem.

Going from sensory overload to total silence was an incredible way to grab my attention. Within moments, I laid my eyes on a creature made from strips of paper, but with a structure and design that made it feel wholly alive and sentient.
It was haunting and majestic. It towered over me, and moved with a slow and purposeful gait. It defied everything I know about what a creature should look like, but I was convinced it was real all the same.

It started with this lonesome introduction, but Paper Beast slowly carries you along through its world to witness all manner of creatures. As both an observer and an active player in their struggles, Paper Beast is a game that, when put in the hands of someone who simply wants to make a difference for the better, will speak to them in a way that few games can.

I can’t do anything about the state of our world, much as I would like to. The best I can do is self-isolate and do my part to prevent the spread of the virus. Meanwhile, in Paper Beast, I can bring life back to a desolate part of the world. I can help a group of beetles finish their masterpiece. I can guide a herd of fragile creatures through harsh winds. I can soar high above the ground and look out on a landscape that brings incredible art to life in stunning form.

From an emotional perspective, the journey that Paper Beast offers me is a story, that despite having no dialogue, spoke to me deeply. I can only compare it to the first time you encountered animals as a child, be it at a farm or a zoo. That moment of sheer wonder, the indescribable awe, and the realization that you, no matter how insignificant you feel, are part of something bigger.

That’s really the emotion I came away with after playing Paper Beast. I did a lot of little things, and I explored a world that felt real and alive, but more than that, I felt humbled. It reminded me that there’s beauty in everything. Especially in the simple things.

Coming down from that lofty perspective, Paper Beast as a game is all about solving puzzles by manipulating the environment and the creatures around you. The solution is sometimes obvious, but other times you’ll need to wander around, explore your options, and figure out the best approach.

For some, the lack of direction could be frustrating. I certainly felt a little lost at times, but it was those moments where I just stepped back and took in the environment around me. Beyond the superbly convincing animation and AI for the creatures, the way the land shifts and the realistic flow of water all looked and felt incredible.

Part of what makes Paper Beast great from a mechanical standpoint is the journey you’ll take beyond the obvious path forward. You’ll also get to know these creatures on a deeper level. I’ll offer one example, but I prefer to remain vague as the discovery is half the fun.

I recall an early moment in a cave where I needed to move some land around to redirect water so I could continue forward. I encountered a strange worm-like creature with two heads that each erupted with long thin strands, almost like a living mop.

When I moved it around, I discovered that one of the heads would devour the ground beneath it, while the other would spit it out in a different spot. Just like that, I had a means of moving the very ground beneath my feet.

It’s moments like that where Paper Beast provides a sense of wonder and satisfaction that few games can match. At no point did the game tell me or even hint that this creature had that behavior programmed into it. Even so, through curiosity and experimentation, I learned how they fit into the world like a living, breathing puzzle piece.

Moments like these are almost constant in Paper Beast, and that led me to immersive myself for long periods of time. Some reports have said they finished the story in as little as three or four hours, but I would estimate at least twice that much for me. On the one hand, I took my time figuring things out, but on the other hand, I also just enjoyed existing in this world.

A sandbox mode also extends your replayability here. Finding rainbow-colored blobs in the story mode will unlock all of the flora and fauna from the campaign to use in your own hand-crafted environment that you can save and come back to.

While this wasn’t the main draw for me, I did enjoy playing in the sandbox mode for the sake of creating unique combinations of plant and wildlife and watching how they react or adapt to changing conditions or the introduction of predators. It really is impressive how realistic these animals feel.

While it may rub some people the wrong way, Paper Beast only offers transportation movement and click-turning as of this writing. I personally like the option to use this scheme, or smooth movement, but in this case I don’t believe the movement hindered my experience.

What I will say is that I wish I could use both hands with picking up and manipulating objects. Instead, the game only allows you to pick up things with one hand while using your teleport with the other (using the Move controllers. You can also use a DS4).

I think Paper Beast is one of those games that you’re either going to love or feel lukewarm about. I say that because it’s slower paced and more methodical than what many people like. It’s a game that provides an experience just as much as it provides mechanics and puzzles.

It’s certainly not for everyone, but for me it was the escape I desperately needed into a world so utterly immersive that it convinced even my negative brain to drop its jaw and gaze in wonder at the sheer beauty all around me.

As a species, humanity is capable of powerful art that defies the known and upends your expectations. It’s one thing to look at a piece hanging on the wall of a museum. It’s another thing entirely to step inside of it.

The aesthetic of Paper Beast for me is one of the best styles I’ve ever seen on PSVR. It doesn’t push out the most pixels, nor does it have the detail of other titles, but its artistic value and its enrapturing beauty left me in awe at almost every turn. I also must once again emphasize the incredible animation and behavior of the creatures. They are extremely convincing, which adds so much life to the world as a whole.

The soundtrack also loves to play with your expectations. I’m sure you’re not expecting a full-on punk song in the opening moments, but it soon gives way to an soothing ambient score, only to once again shock you with a moment of rambunctious audio soon after.

I can accept that Paper Beast may not be for everyone. There are those who will find it too slow, too abstract, or too simple. For me, it was everything I wanted and needed from a game in this moment of history.

With that in mind, I cannot recommend it enough. It will reignite that spark of wonder and awe that may have been extinguished by sadness, despair, or the monotony of daily life. If that’s what you need right now, it’s worth every penny.

A copy of Paper Beast was provided to PS4 Experts for review purposes.