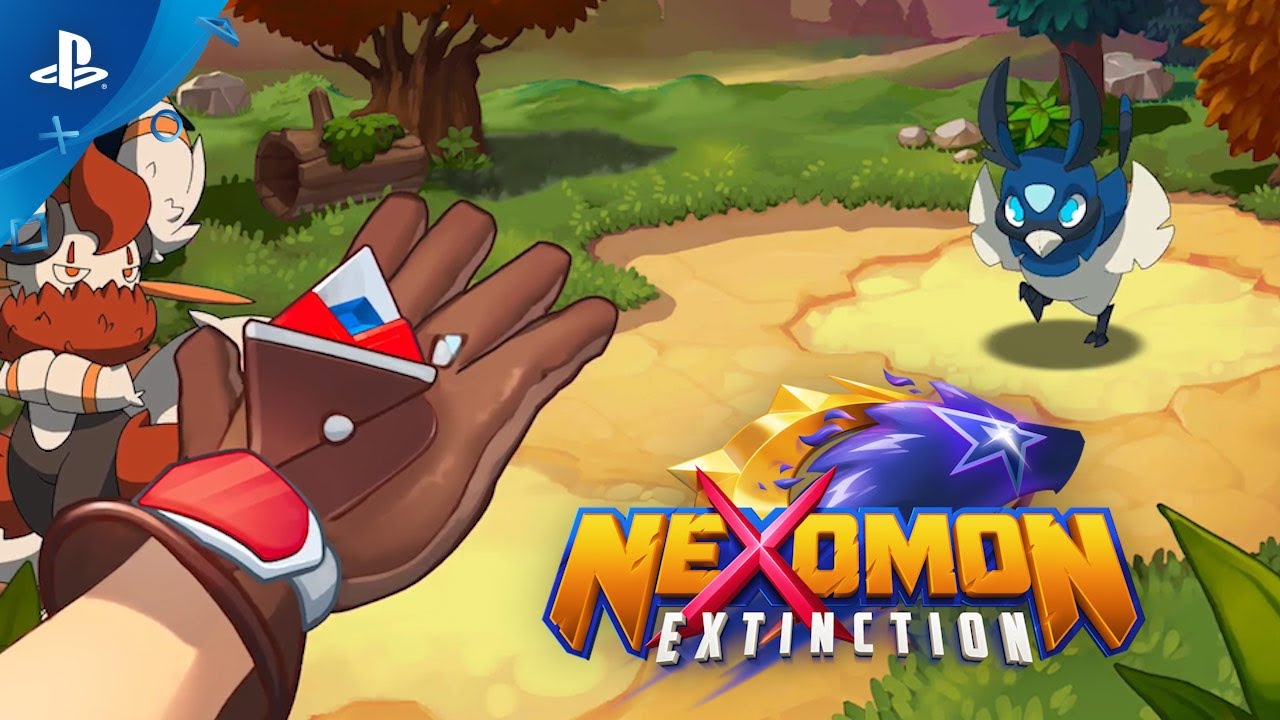 Like so many other gamers out there, my first handheld system was a Game Boy, and one of the first games I played was Pokemon Red. I was obsessed with original 151, going so far as to watch the anime on TV every weekend, and attend all the movie premieres in theatres. I don’t where it ended up, but I did indeed get one of those sweet holographic Mew cards from the theater when Pokemon 2000 came out.

Nostalgia aside for a moment, very few have tried to come for the throne when it comes to monster catching RPGs, and even fewer have succeeded in creating a successful formula that doesn’t feel like an exact copy. Could Nexomon: Extinction, out now for PS4, be the one to break through? Let’s find out.

An Experience That Enhances The Formula While Appealing to Classic Fans

This may be blasphemy, but I found myself less and less interested in Pokemon as the generations went out. I was all in for Gold and Silver, but at a certain point around Black & White, I just didn’t have that connection anymore.

I’ve yet to try Sword and Shield, but the new games just seem so far removed from the originals that I have trouble connecting. Even the Let’s Go games didn’t grab me. Nexomon: Extinction caught my attention precisely because it looked like the classics. Same isometric view, vibrant colors, a solid set of over 300 monsters to chase down, and plenty of different elements to learn and pit against each other.

It’s also much cheaper than buying the latest Pokemon game, and of course, it’s on PS4. Right off the bat, I really liked how the story was a far cry from your typical “become the best of the best” tale that Pokemon usually runs with.

Instead, the game opens with a hopeful narration and then quickly turns it on its head. Nexomon are not your friends, and up until recently they were the enemies of humanity. The world is on the brink of extinction. This isn’t about collecting gym badges and befriending your creatures. This is about life and death, and as someone living in 2020, I appreciate the candid writing.

The story is genuinely interesting from the get-go, and that’s also boosted by the fact that the writing is incredibly funny and self-aware. In the opening hours, for example, you’re joined by an incredibly snarky cat-person that constantly makes jokes about how these people clearly haven’t played an RPG, or that getting excited about a new tamer badge is lame.

I even found an NPC early on who said the world had very few cities because the developers are lazy, but then crossed out this text and replaced it with “because the war with the nexomon have destroyed them.” The humor is sprinkled throughout, but for me it wasn’t too much. The game also knows when to keep things serious and turn up the tension during major story beats.

As far as the story concerns, it’s nothing like the Pokemon games it emulates, and that’s a very good thing in my opinion. Turning our focus to the gameplay, things are quite similar here, but Nexomon makes a few changes that I appreciated.

For starters, the grass in the game will shake and move in areas where you can engage in battles. This makes it a lot easier if you’re grinding to find new combat encounters. Secondly, the Nexomon traps you use have a lot of variety in terms of different elemental options, or a mechanic that lets you feed Nexomon to increase your chances of capturing them.

A breakdown in the battle screen also lets you see your odds of success when you’re about to throw a trap, and it’s not just how low their health is at the moment. While EXP sharing isn’t available by default, a recent update added cores that you can equip to your Nexomon that allow for varying degrees of EXP sharing based on the tier of the core itself. It’s a fine solution in my opinion.

With 300+ Nexomon to capture and elements ranging from fire to water, electricity, plant, ghost, psychic, and others, the strategy in battle that you deploy feels similar to Pokemon, but things feel a little faster, which I appreciated. The game also doesn’t hold your hand, even in the beginning. Encounters can be tough, and I liked that it forced me to stay on my toes, even while fighting wild Nexomon.

I’m still not a huge fan of only being able to carry six Nexomon with you (others go to storage), but it’s an accepted limit. I’ve always liked the idea of having more options when you’re in battle, but for balance’s sake, I understand the limit. With the higher difficulty, you’ll also need to use items a lot more in Nexomon: Extinction. Potions and the like are practically required, but purple crystals in the environment also let you heal your entire party (however, you can only use them once).

Other small touches, like throwing a Nexomon trap and being required to input a button combination before time runs out are interesting, but not game-changers. For me, it’s the nostalgic feel, combined with a variety of small tweaks to the formula, and a great story with solid humor that makes Nexomon: Extinction more than the sum of its parts. Nexomon: Extinction employs a classic isometric view for exploration, and a third-person view when you’re in battles, both of which work great. Character portraits appear during conversation, offering some additional expression to the story beats.

Little touches like animated words or colorful fonts also add some extra excitement to the dialogue, which is great because there’s no voice acting to speak of here. Battles are suitably flashy, but they don’t have as much punch as I would have liked to the animations. In this regard, Pokemon has continued to up the ante.

The developers continue to update and tweak the formula, showing a great amount of support for the game’s future. Between the classic feel, the budget price, the interesting story, and the litany of tweaks to the formula, Nexomon: Extinction is an easy recommendation from me for fans of Pokemon or those just looking to try out the monster catching craze.

A copy of Nexomon: Extinction was provided to PS4 Experts for review purposes.