(Note: I refer to this title as a remaster, but it is technically a remake). We have reached a point in gaming where remastered titles come as no surprise. I will say that when MediEvil was announced, I was surprised. I have fond memories of playing MediEvil 1 and 2 on my PlayStation console, back in the 90’s. I remember seeing the commercials advertise it on tv and I found it to be appealing. Playing it for the first time was a fun experience and it will stick with me for some time to come.

You play as Sir Daniel Fortesque. A protagonist that was cut short of his life and missing his chance to become a known hero to the land of Gallowmere. Resurrected from the dead and becoming an animated skeleton, he is determined to get that hero status by defeating his archenemy and ending the evil that looms over his hometown. I don’t want to give away anymore than that, but this sums up the idea.

In regards to a remaster, I am on the fence. Playing through brought back a slew of memories and I appreciate that. The remaster plays the original close to the chest. All in all, it’s just a pretty update in my mind.

The camera controls are a little clunky, but that’s part of the charm of the original. Back in the day, this clunkiness was expected and it didn’t seem so bad back then. I think they could have done a better job with this. I’m no coder and I realize I’m critiquing people in a field I have no talent in, but I am a consumer and in this day and age of technology, I think being able to sprint and use camera control at the same time is something I’m sure they could have easily tweaked. 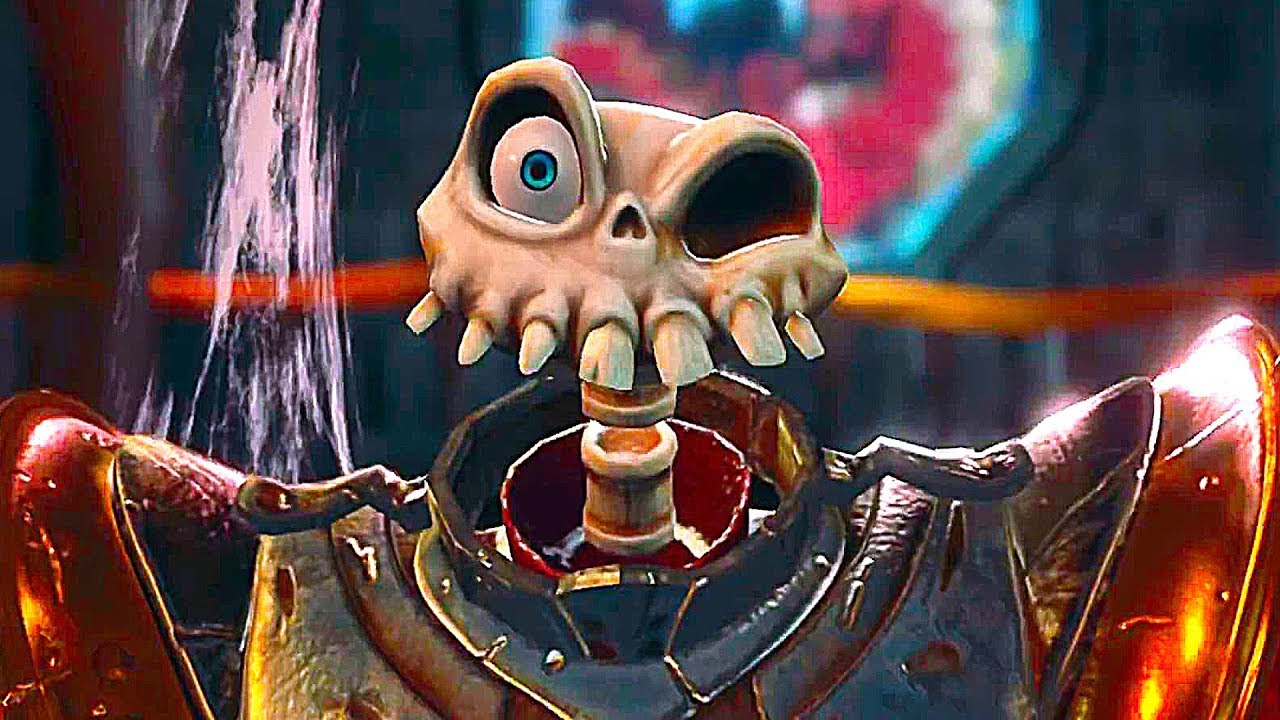 Maybe they were trying to stay as close to the original as possible, but I was really hoping for a little more. My complaints aside, this is a fun and quick title to play through, that is rightfully priced at $29.99 (USD) and if you want a little extra (not much), you can upgrade to the deluxe version for $10.00 more.

MediEvil is a simple, but fun game to play. It is family friendly and you won’t find any blood and guts type of graphics. It does have “cartoon’ violence that is quite mild, but this games innocence is also what gives it such charm. As silly as it sounds, I have a real love for Sir Daniel Fortesque. He is a humble character that realizes he might not have lived to his fullest potential during life and desperately wants to make up for that in death. For a character that doesn't say very much, he has a great story to tell.

My childhood experience being set aside, I have to be fair and rate MediEvil a 7.5 out of 10. It personally kills me to have to score it this way. I want to lie to you. I want to say it is a 10 out of 10 because I really did enjoy the remaster, but I might have only enjoyed it so much thanks to my original PS1 experience. But don’t let my less than stellar score keep you from playing it yourself. If you’re a kid at heart, this title likely resonate well with you.