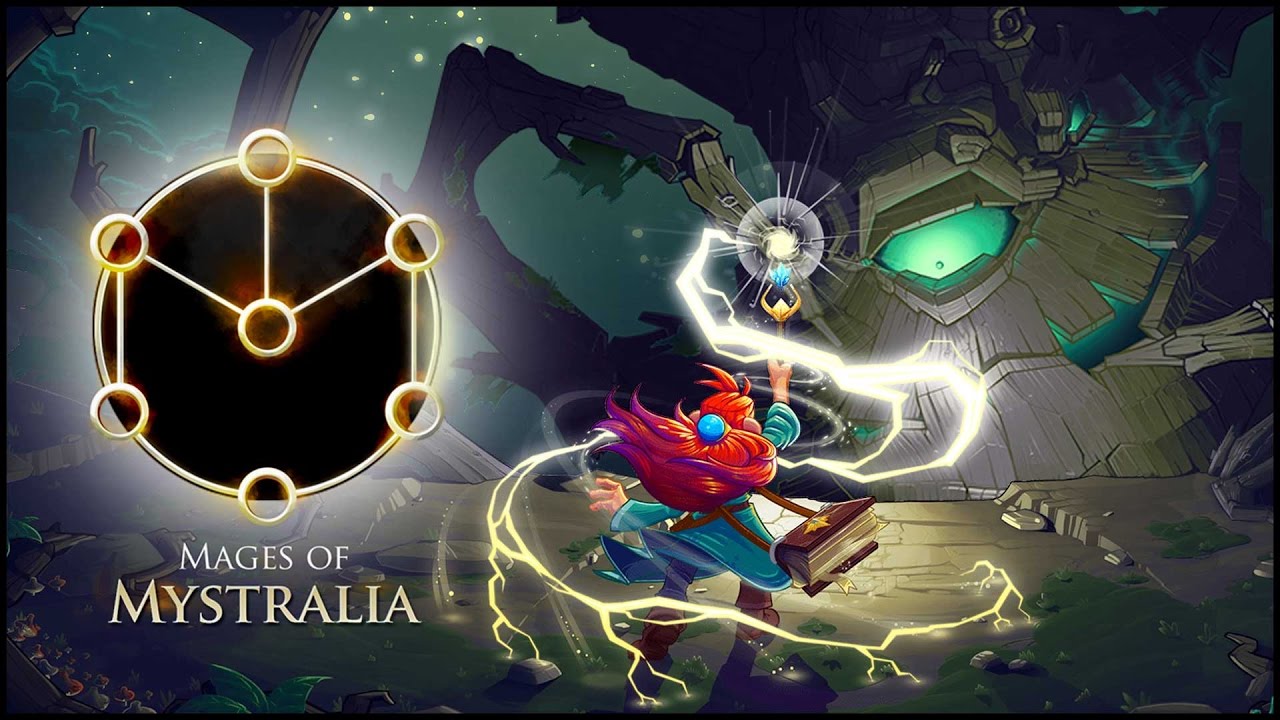 It’s all too often that mages in video games get the short end of the stick. Usually, the hero is some warrior, a barbarian, or a paladin. Mages are usually in relegated to the back burner in RPGs, but this isn’t the case with Mages of Mystralia. In this game, mages are something to be feared, and magic has been banned by the leader of the kingdom.

You play as Zia, a young girl who discovers her magic powers and must flee to avoid persecution. Does this game do the magic-wielders of RPGs justice, or does this spell fizzle out? Let’s find out!

A Glimpse at a Unique Fantasy World

Mages of Mystralia places you into a fresh new fantasy realm penned by Ed Greenwood. He’s best known for creating the Forgotten Realms universe which is used in Dungeons and Dragons. It’s also the setting for 170+ fantasy novels.

His latest creation is the Kingdom of Mystralia. While it has the usual trappings of a fantasy kingdom like trolls, a dark past, and a sinister leader, the plight of the mages stands out in the story. After a calamity that occurred in the past, magic and mages have been outlawed in the kingdom by its current leader.

You play as Zia. She’s a young girl who very suddenly discovers her innate magical powers at a very inopportune time. She’s forced to flee from her home village and comes across a mentor mage who takes her in and introduces her to a place called Haven. This sanctuary for mages can only be discovered by those who have the power of magic within them, so it seems like a safe place.

After discovering a talking spellbook that speaks in ominous undertones, Zia sets out on her adventure to assist the mages and discover her own destiny. It’s an intriguing coming-of-age story that is made all the better by the mysterious nature of the events unfolding all around you. Though the people of the kingdom fear and resent your kind, you may be their only hope against the coming darkness. It’s certainly a great premise.

There’s a consistent sense of mystery and intrigue throughout the story. There are some side quests to complete on your way, but for the most part that game funnels you through its world in a linear fashion. You can go in just about any direction you want looking for secrets, but the vast majority of the story has you moving in a singular direction.

The story overall is streamlined, which isn’t necessarily a bad thing, but I did wish there were more opportunities to dive deeper into the kingdom of Mystralia. What we have here is a taste of a larger world that I would very much like to explore.

On the other side of that coin, is the fact that such a streamlined world and story also makes for a satisfying RPG experience that doesn’t take hundreds of hours to complete. If you’re looking for a deep and nuanced tale, you may want to look elsewhere. If, however, you want something more unique than your standard fantasy fare, this tale will certainly scratch that itch.

One of the main mechanics in Mages of Mystralia, is the ability to craft your own spells with runes that you unlock as you progress. You’ll start out with some basic runes, and as you progress, you’ll earn additional runes that modify the behavior of the spell, or augment it with new attributes and abilities.

Once you progress far enough to have several runes unlocked, Mages of Mystralia begins to show off the full breadth of the spell crafting. There are an impressive number of possible combinations and spells when you have access to everything.

I wished the game had been more forthcoming with the runes, as the spell system feels very limited for the first several hours of the game. This slow progression is used to introduce new puzzle and combat mechanics, but I felt myself itching to get in there and make some crazy spells happen.

Once that access became available, I really had a lot of fun setting up different spells in Mages of Mystralia. You can make multiple versions of spells quite easily and give them your own custom names. During gameplay, you can switch between versions of spells you’ve made on the fly as well to quickly match the combat situation.

With a few quick clicks, I can add an explosion to my fireball attack, or give my melee swing some extra stopping power. I can also add movement to my shield spell to create a dashing spell that works great for dodging enemy attacks.

These are just a few quick examples, but these combinations of runes will play into both the combat and the puzzle solving as you progress. Optional puzzles are plentiful and tend to be scattered throughout the game world, or hidden behind portals that take you to a challenge room.

Solving these earns you soul beads that can be used to upgrade your health and mana capacity. Another currency is discovered in breakable objects and throughout the world. The puzzles themselves range from simple solutions to head-scratchers where you must arrange dots in a symbol to open an ancient door, and even timed challenges that require both cunning and reflexes.

The moment-to-moment gameplay is done from an isometric perspective as you swing your staff or hurl spells at your enemies. The combat and exploration feel good. The only thing I wished I had more control over, was the targeting system. Currently, the targeted enemy is based on where your character is looking, and while they’re highlighted, it can be finicky when you’re trying to be precise.

This is further exacerbated by enemies or puzzles on a higher or lower plane than you. It’s not game breaking by any stretch of the imagination, but it can result in some brief moments of undue frustration.

Then comes the boss battles. While they are not too difficult on the standard difficulty, they are well designed and offer unique opportunities to put your spells to the test. Mages of Mystralia also offers an Archmage difficulty at launch that pumps up the difficulty on the combat and the puzzles alike for those who want a challenge.

While I wish the spell crafting had a faster progression to give you more options faster, once I had the ability to make my own spells and experiment with runes, Mages of Mystralia fulfilled my dream of being a master mage and spell crafter.

Vivid Presentation and a Wonderful Soundtrack

Mages of Mystralia is a truly beautiful game in motion. There’s an excellent use of color that makes the environments pop at every angle. A nice mixture of warm and cool colors also ensures that the game never falls into a visual rut.

There’s just enough detail as well to make the world feel unique, but not enough to clutter the screen from an isometric perspective. It’s a visual treat.

The soundtrack is a treat for your ears as well. Composed by Antoine Vachon and performed by the Video Game Orchestra, it’s an appropriately polished and expansive collection of tracks. At full blast, it summons the full might of an orchestra’s sound with deep and solid brass, fast and furious strings, thunderous percussion, and precise woodwinds.

It’s also a soundtrack that knows when to rise and fall. When the time calls for it, it settles into a mystical atmosphere. Soft piano tones are matched with flowing strings for those excellent moments of quiet reflection.

It’s a soundtrack that would fit perfectly into a hollywood fantasy film, but it also fits perfectly into the world of Mystralia. It’s always exciting as a gamer and musician to experience what a composer can do for a title with a full orchestra at their back.

When we bring it all together, Mages of Mystralia is a game with a polished presentation, an incredibly soundtrack, and a unique world to explore. Its gameplay has some small quirks, and while the spell crafting could have progressed a little faster to offer more options more quickly, it’s one of the best spell systems I’ve encountered.

Mages of Mystralia may not be the deepest RPG you’ve ever played, but it is polished, well designed, and very fun. It’s absolutely worth the asking price, so if you’re on the fence, it’s time to dive in and experience what Mages of Mystralia has to offer.