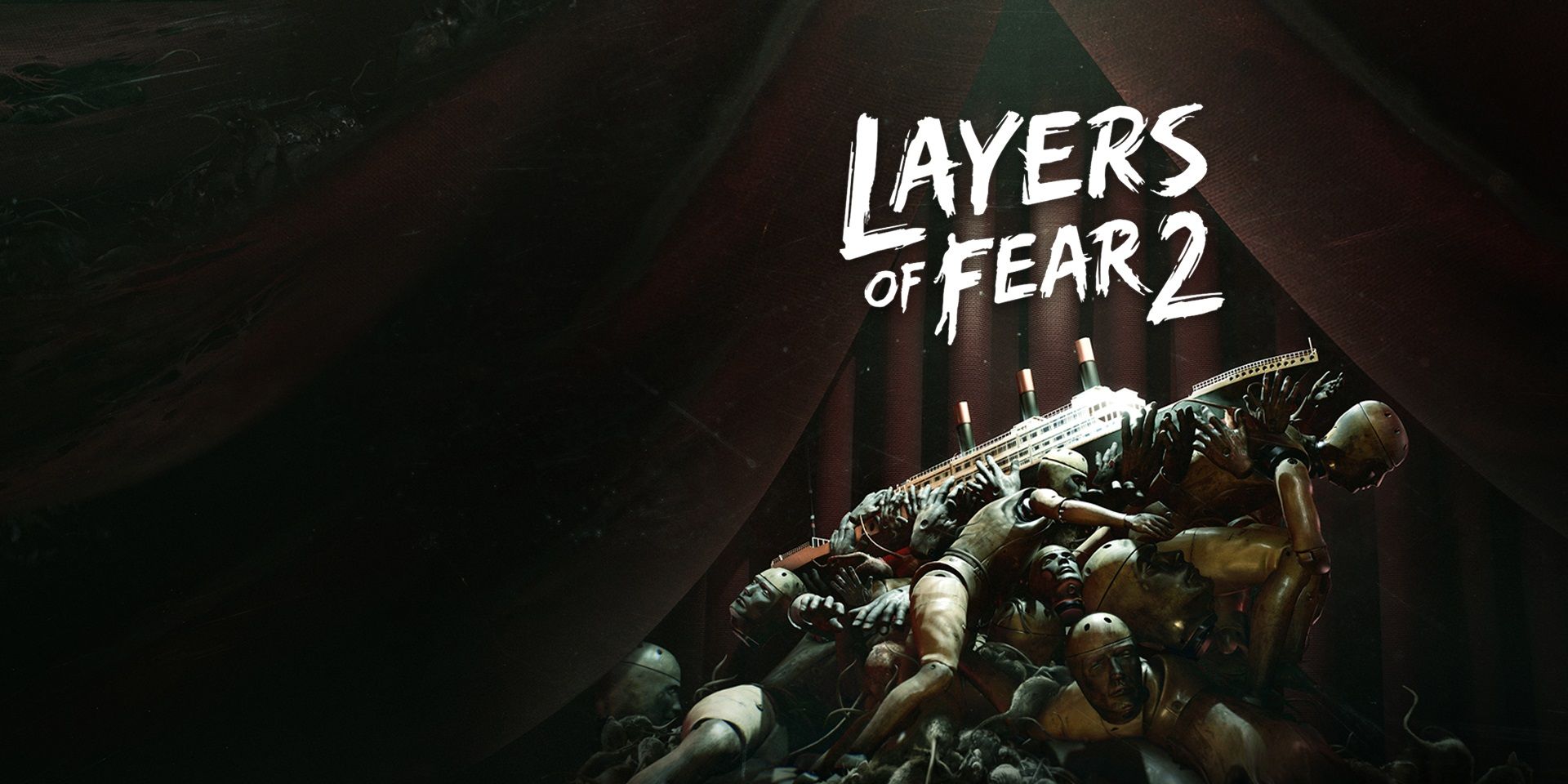 When I used to live in Florida, I loved going to Universal Studios Halloween Horror Nights. It was such an odd experience, though. I didn’t “enjoy” the haunted houses in the sense that I had fun. No, they were terrifying and exhausting. So why did I keep coming back? I loved the thrill, but more importantly, I loved the level of detail and immersion that went into each and every room. Horror isn’t about having fun in the traditional sense, which is something Bloober Team, developers of the Layers of Fear series, understand extremely well.

Being a huge fan of the series, I was very excited to jump into Layers of Fear 2. With the new game placing you in the role of an actor aboard a ocean liner in the middle of the ocean, does this sequel portray a terrifying ghost ship filled with your inner demons, or will you want to abandon ship long before it’s over? Let’s find out.

Bigger and Better in Almost Every Way

Bloober Team is responsible for the first Layers of Fear, the sci-fi horror title Observer, and of course, Layers of Fear 2. With each new release, the team has managed to up the ante and drag me further and further into a waking nightmare. I have no qualms with saying that they are true masters of horror.

That means they have some big shoes to fill with Layers of Fear 2. A lot of people loved the first game, but they had some complaints about the jump scares, about pacing, and some thought it was too short.

Well, Layers of Fear 2 is about twice as long as the first game, clocking in at 8-10 hours on your first playthrough. In this new title, you play as an unnamed actor aboard an ocean liner, set to film an exciting new movie with your fellow cast and crew. Things start out fairly normal, giving you some time to learn the controls and explore the hub area before setting out into the ship.
One thing that Layers of Fear 2 absolutely nails from the moment you hit “new game” is atmosphere. This is doubly true if you’re wearing headphones (which the game recommends). I was wearing a pair of Sony Platinum headphones with the virtual surround sound enabled and it doesn’t take long before you see how audio design plays into the overall experience.

Sounds happen strategically all around you. Whether it’s a door slamming behind you, the pattering of feet to your side, the groan of metal above you, or a loud screech as the game assaults your senses, it’s all magnified tenfold in with headphones.

Much like the first game, the story is quite cryptic, but Layers of Fear 2 is more generous with its voiceovers and collectibles, all of which add texture to the world and your character’s past. There are a lot of items you can pick up and trigger narration with. Documents also feature interesting information (and the option to trigger a plain text version with a press of a button. This is especially helpful when you’re reading the text on a TV.

Collectibles come in the form of movie posters, strange objects, slides for a projector in the hub area, and a few others I won’t spoil. It’s fun trying to figure out all of the different elements at play here. For example, finding a movie poster will have it show up in the hub area between the game’s major chapters, so you have a visual representation of your progress.

As far as the overall story goes, Layers of Fear 2 is on par, if not better, than Bloober Team’s other titles. It has the appropriate level of cryptic elements but includes more narration (including the voice of Tony Todd who offers a stellar performance). There are also several major choices to be made across the first 80 percent of the game that will result in one of several endings, so you’ll need to play through more than once to trigger each ending. A new game plus option does allow you to carry over your progress for collectibles, which I appreciated.

Having finished the story and seen the “best” ending, I will say that I really enjoyed the overall tale Layers of Fear 2 had to tell, but I think it could have been more forthcoming with details. Even when everything is said and done, there’s a lot open to interpretation. Perhaps too much if I’m being honest.

Of course, that’s subjective. Some people may prefer a more cryptic tale, and they will certainly find it here. I’m hoping that subsequent playthroughs will yield more understanding (especially when I find more collectibles). I did enjoy the way the story plays with the themes of being an actor and becoming different people as you progress in your career. It’s certainly a well thought out story, one that I will continue to mull over long into the future.

A Handcrafted Masterpiece of Horror 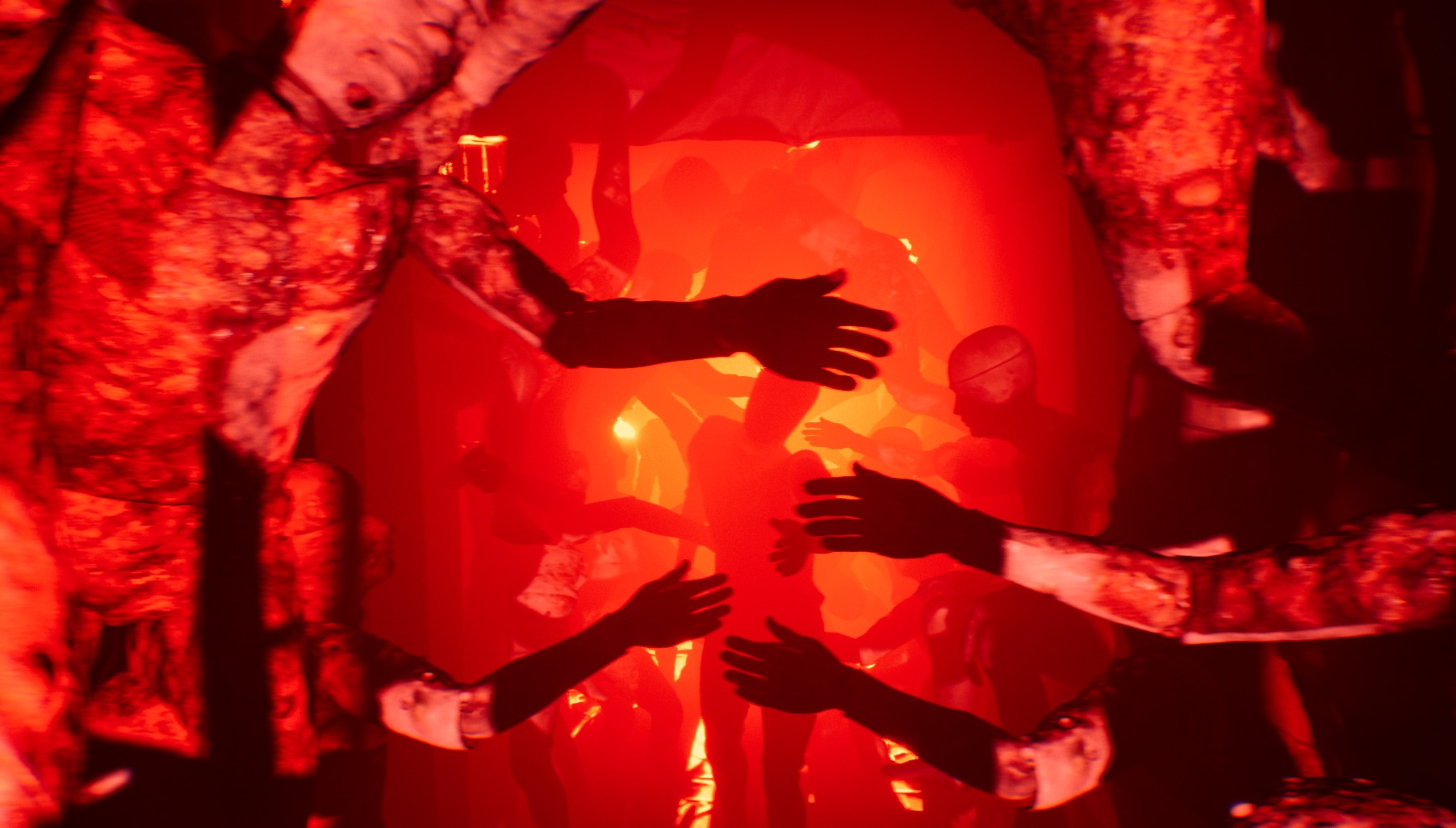 In terms of gameplay, Layers of Fear 2 offers an accessible and engaging selection of setpieces throughout your journey. A trip through the game’s settings shows that PS4 Pro owners have the option for 60 FPS gameplay (I absolutely recommend this), vsync, and other options like the type of cursor. The default “smart cursor” works great and only triggers when you’re looking at something interactive, thus enhancing the immersion as you explore.

Playing in the 60 frames-per-second mode on PS4 with vsync enabled resulted in some of the smoothest gameplay I’ve ever seen from a horror title. Gameplay is a mixture of exploration, fleeing from a formless monster, and solving puzzles. It’s more engaging that the first title in this regard. A few of the puzzles had me stumped for a moment, but they did a nice job of mixing up the gameplay.

Unlike the first title, Layers of Fear 2 also features more fail states. The aforementioned formless monster will appear throughout the game, often when you least expect it, and you’ll need to flee or risk a game over when it catches you. It’s interesting because the developers struck a careful balance between having the beast appear too often and not often enough.

If the monster was constantly hunting you, it would make for a very exhausting and repetitive experience. Instead, the game finds a good balance between the constant fear of being hunted and the tension that builds up between as you explore the incredible environments.

I have pretty bad nightmares as someone who both plays horror games and writes horror in my spare time, but I can’t imagine the kind of fever dreams Bloober Team has at night. Their games have always been visual spectacles, but Layers of Fear 2 takes it to another level.

In a generation where many horror games are procedurally generated, Layers of Fear 2 proves that a lovingly crafted house of horrors will always trump the replayability of a randomly generated map. I mentioned haunted houses at the beginning of this review, and that’s perhaps the best comparison (and compliment) I can offer to Layers of Fear 2’s level design.

The game may be set on a ship, but over the course of the five acts, you will visit all manner of environments, each one lovingly crafted down to the most granular of details. Each and every room in Layers of Fear 2 has a sense of presence and atmosphere that many games fail to capture over the course of their entire runtime.

What’s even more amazing is the fact that the team maintains this level of immersion until the credits roll. It’s a combination of surreal, fever-like visuals, grotesque tableaus, clever shifts when you’re not looking, and the ever-present terror that the formless monster may emerge at any time.
Let me describe a typical session to you. The night prior to writing this review, I sat alone in my living room with the headphones on. It was about 1AM, Christina had already gone to sleep. Even the dogs had abandoned me to my gaming.

I was gripping the DualShock 4 with white knuckles. I had marathoned the game for several hours at this point, taking minor breaks to catch my breath when it got too intense. Sweat had built up around my brow, my eyes felt heavy, and my heart was thumping wildly in my chest. I even forgot to breathe on a few occasions.

I was fatigued, exhausted, and completely on edge. If anything else caused you to feel like that, you would stop doing it, but that’s exactly what the ideal horror game does. When I finally got the ending, I felt like I had run a marathon. I most certainly needed a new pair of pants, too, because the game succeeded in scaring the ship out of me (pun intended).

Not Your Father’s Ghost Ship 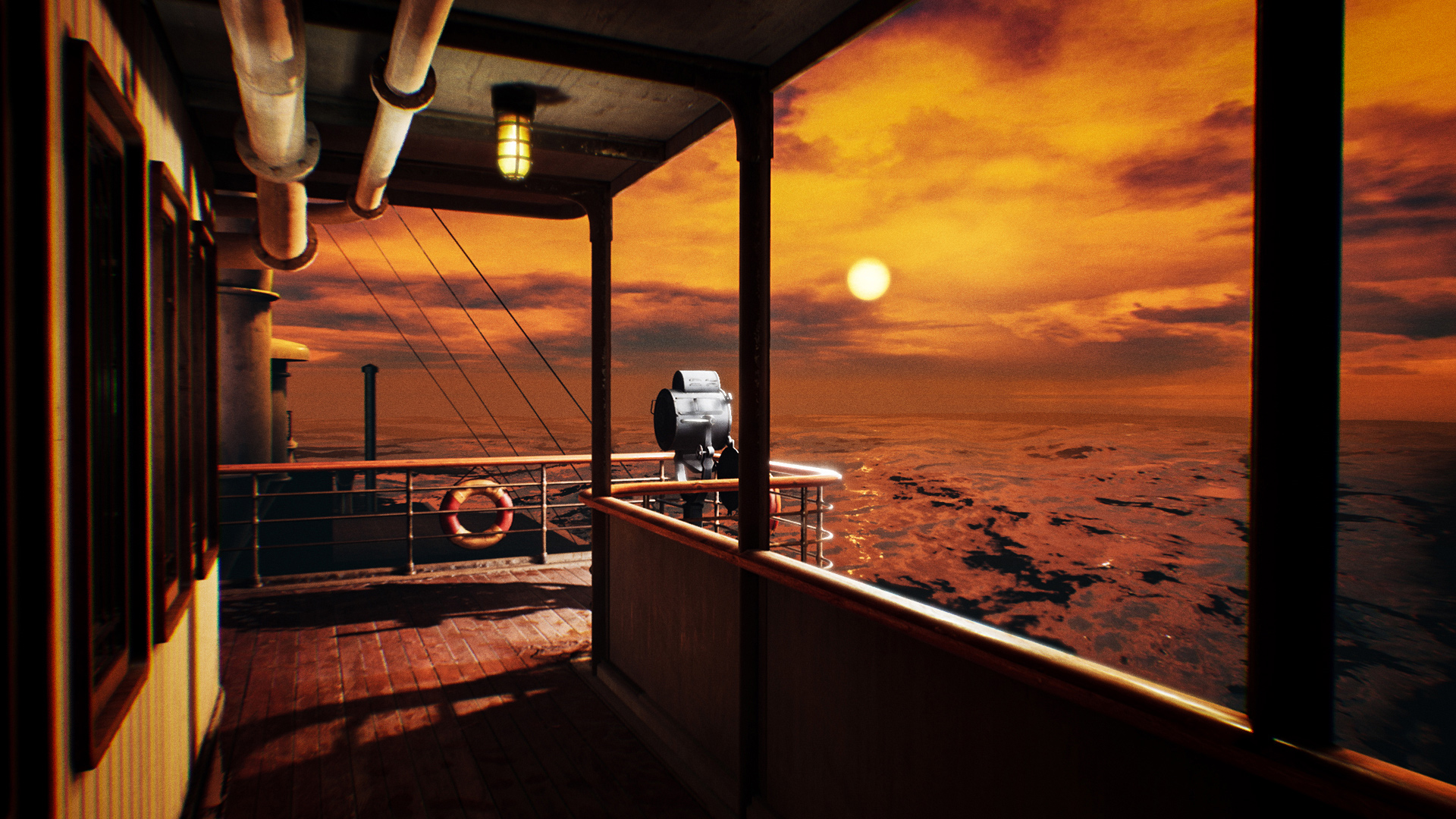 Layers of Fear 2 is the most beautiful horror game I’ve ever played, hands-down. Playing on PS4 Pro with the higher frame rate mode and vsync enabled offered crisp and clean visuals, along with buttery smooth gameplay.

The visual spectacle on offer here assaults your eyes and your ears with an absolute collection of strange, horrific, and yet, somehow beautiful moments of rare serenity. The soundtrack is just as good as the visuals too, which is why headphones are so important. The actual audio design is superb, but it’s the mixture of classic horror sounds, bombastic jump scares, and tension-building violin runs that truly elevate it to another level.

My hat’s off to the folks at Bloober Team, the modern masters of horror in gaming. I honestly don’t know how they will top Layers of Fear 2, but one thing is certain: I will be there to experience it.