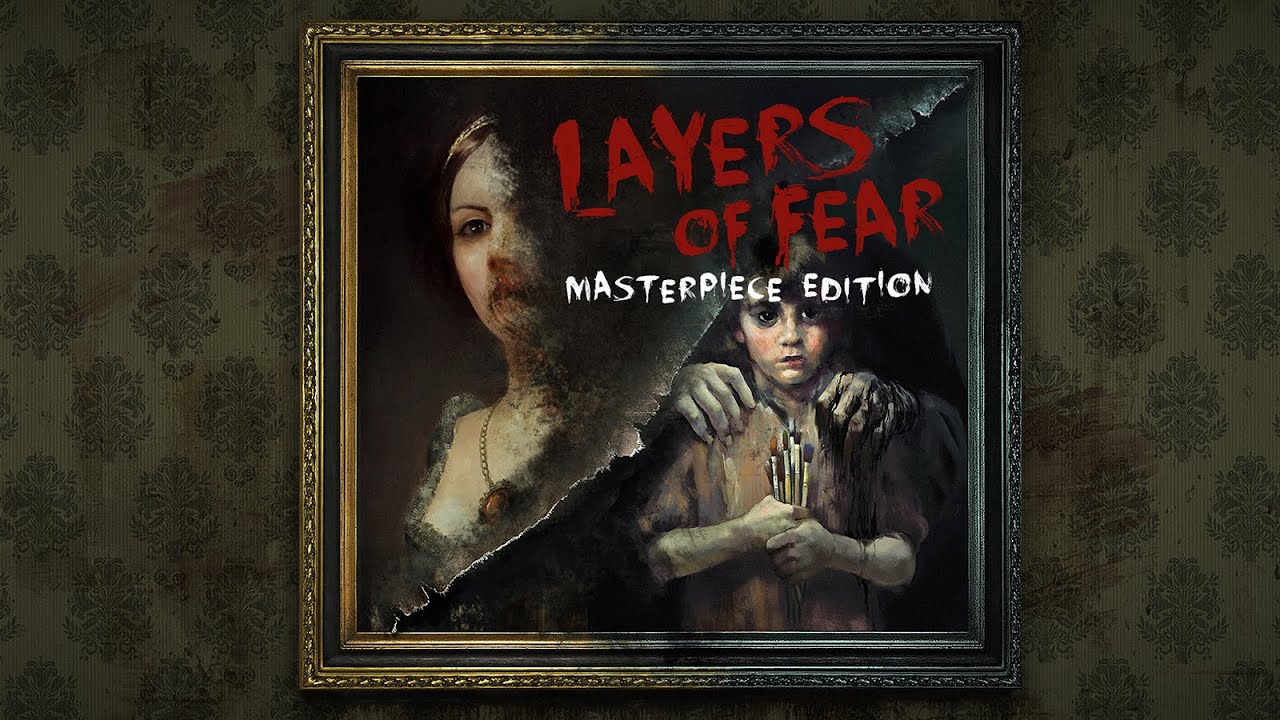 In the movie adaptation of Stephen King’s 1408 there’s a scene when Samuel L. Jackson’s character asks John Cusack’s character if he drinks. John replies, “I said I was a writer, didn’t I?” I’ve always loved that line, but I think it reveals something about creative people like myself and countless others out there. Sometimes the voices of the world, of our own minds, just won’t shut up without a stiff drink to silence them.

I know how that sounds, but if you’re a writer, an artist, a composer, or anything in between then you’ve had those moments. I think it’s that understanding of how every single tiny aspect of the world can ruin your focus that made Layers of Fear such an interesting game for me. The premise is simple: you’re an artist with a severe drinking problem, among other ailments, who can’t seem to finish his magnum opus. It’s driven you mad, or so it seems, and now you’re all alone with only your thoughts and the nagging urge to finish the piece to keep you company.

It’s a solid premise to be sure, but does this tale of creativity gone wrong accurately portray the state of a creative mind pushed too far, or is this just a haunted house without any ghosts to make it scary? We’re here to find out ladies and gentlemen.

A Creative and Broken Mind

The story of Layers of Fear, for lack of a better word, is told in layers. Sorry, I had to. The game doesn’t tell you much from the beginning. You’re essentially thrown into the game without much information. As you explore the various rooms, you find all kinds of mementos, invoices, letters, and more that start to paint a picture for you (for lack of a better word).

These third-parties convey more of the story than anything. It’s a more passive approach to the concept, but it keeps you guessing. The game often employs voice acting only when you’ve discovered something first. Your search is what drives the story. It makes you work for the answers you seek, and it torments you while you do it.

Many horror games have tried this approach where they throw out documents to give you the story, but Layers of Fear relies entirely upon it, and it adds a layer of mystery to everything you do in the game.

Because the game is so dependent on this slow trickle of story, I won’t say anything else on the subject for fear of spoilers. Suffice to say, the game does something different with storytelling that I really enjoyed, especially when I played it with someone else.

Everything Changes, Nothing is True

Layers of fear is a psychological horror game. Most horror games these days, like Soma, just throw something at you to make you run and hide, but Layers instead tries to get into your mind and scare you through doubt and literal fear.

Obviously, I won’t spoil anything, but allow me to pitch you a concept. Let’s say you walk into a room and you explore. You’re finished and go to leave, but wait, the door is gone and its been replaced by a hallway. You walk down this hallway and it’s lined with paintings that don’t look wrong, just off. Suddenly, one painting flies off the wall and lands beside you. A message is painted on the back in blood.

Situations like this are not uncommon in Layers of Fear, and that’s what makes it more unique than most horror games out there. It doesn’t try to scare you through sheer adrenaline, instead it tries to ingrain you with real fear. It start with subtle things like the example above, but then it starts to push the envelope.

The gameplay itself involves exploration with the ability to read documents or any writing you see. You can open doors, cabinets, and the like. You don’t have a weapon, you don’t have health kits. Even the main character has a peg leg that thuds every time you step like a heartbeat. Everything about the game is meant to scare you in a way that doesn’t go away.

In a way, it reminds me of the now canceled Silent Hills demo that they released: P.T. In that, the fear that hit you wasn’t the kind that you saw, it was the kind that you didn’t see until it was there. That kind of horror, psychological horror, is something that sticks to you like glue.

Layers of Fear does have some puzzles, but they’re light. The game tries to keep a pace going, so the puzzles aren’t going to be too intense. The developers didn’t want you to get stuck, they wanted to to think.

There’s different types of fear for different types of people. What scares me maybe not scare you. That’s what makes horror games so difficult. Just like comedy, one man’s trash is another man’s treasure. Even so, the type of horror that Layers of Fear provides is one that affects me far more than any rampaging psychopath ever could.

I never know what’s going to be around the next corner. I don’t know if something will jump out, if something will change, or if I’ll just need another pair of pants. It’s quite literally a crapshoot. Personally, I think this kind of horror does more than other types that try to make something chase or hunt you.

For me, what makes Layers of Fear so scary as a horror game, is that the game is always throwing new things at you without you realizing it. New elements are constantly appearing from room to room.

From a gameplay perspective, Layers of Fear is simple, but it’s a completely different horror game than anything I’ve ever played, and I’ve played horror games. It doesn’t try to get you in the moment, it tries to keep you guessing throughout the experience. Granted, it’s only a few hours long, but it will last with you more than most horror movies these days.

An Eerie and Haunting Style

The graphics in Layers of Fear are reminiscent of games likes Amnesia: the Dark Descent. There’s enough detail and precision to the world to make it believable and real. It’s not going to win any awards, but the effects and the graphics make it easy to imagine what’s happening.

The PS4 version can suffer from some frame rate drops, but in a game that doesn’t depend on action, this is a small complaint. Obviously, technically it isn’t a powerhouse, but Layers of Fears uses a lot of impressive effects to create an oppressive experience that always weighs down on you.

While the game never blatantly threatens you, you always feel threatened. It’s one of those experiences that always hides in the back of your mind likes a virus. You feel like something is waiting to get you, but it never shows its face. Games like this don’t come along very often.

Graphically, Layers of Fear isn’t going to blow out any other games like Uncharted 4, but it does create a world that is both believable and terrifying. 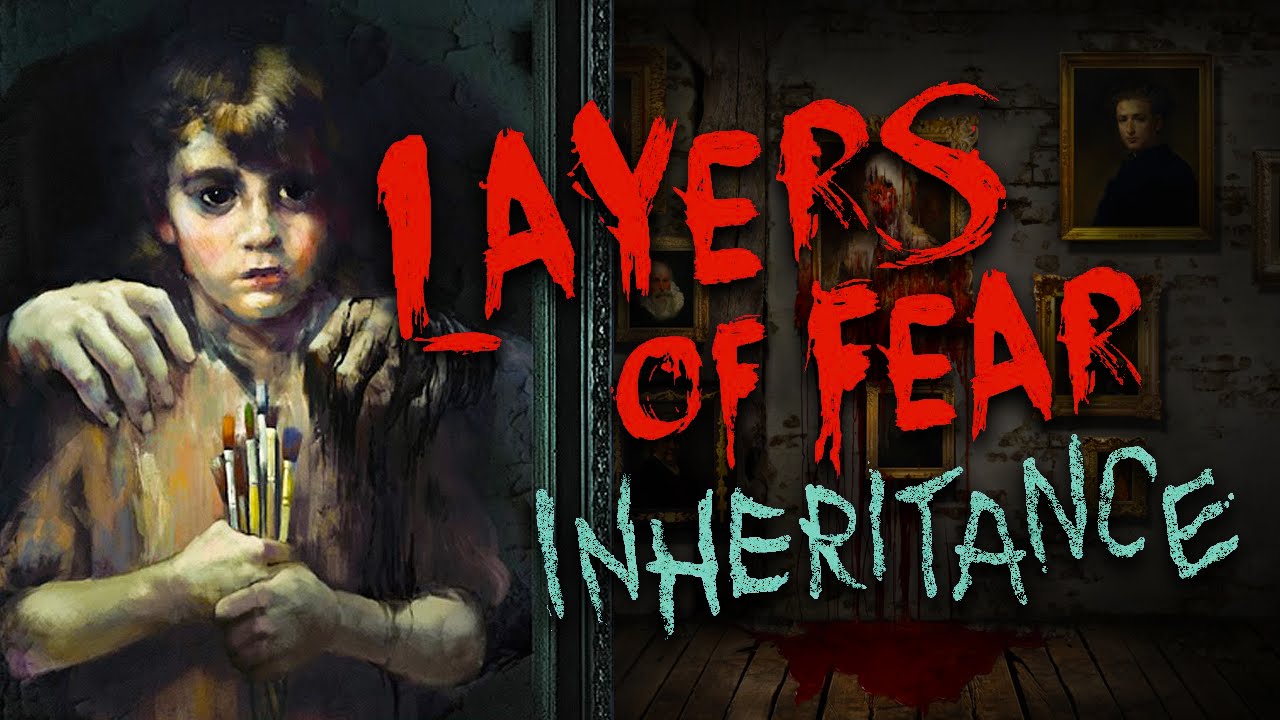 Before we offer a final score on this horror title, it's worth looking at the DLC included in the "Masterpiece Edition" of the game. Without spoiling anything from the main game, the DLC is from the perspective of the painter's daughter. She returns to her childhood home (where the main game took place) as an adult.

The DLC is from her perspective as both an adult and a child. I was immediately excited for this DLC as I felt the main game left some unanswered questions on the table when it came to a close. Let's start with what works really well in the DLC and then balance that out with some counterpoints.

I was a huge fan of Layer of Fear as a horror title. I know some people weren't digging the lack of enemies or threats, but I thought the atmosphere and the tension were incredible. Not to mention, the creative nature of the events in the game and the way it psychologically toyed with you were great.

Inheritance manages to continue this same calibur of atmospheric tension. The new perspective offers a fresh take on the elements of the first game, especially when you're playing as the daughter when she's very young. The game modifies your perspective and field of view to make you feel like you're only a few feet tall.

Thw way furniture and dressers tower over you adds a great sense of perspective in these scenes. It also makes every little thing more frightening as you feel more vulnerable than ever before. The DLC structure allows you to play through a series of "levels" that trigger as you explore the house from the main game.

These can be done in any order which makes it a very organic experience. You get to explore the aftermath of the main game and jump into the past for some juicy story developments and new perspectives on the mental, physical, and spiritual afflictions her father was suffering from in the main story.

The game still employs a light puzzle element, though it's more based on how well you explore everything than actual mental fortitude. By the time the DLC was finished, I felt like I had finally gotten the conclusion I wanted. Where the main game left me wanting more, Inheritance felt like the epilogue I needed to truly understand the horrific nature of this family's story.

The biggest problem I have with Inheritance is the length. It's a very short DLC that can be finished in a couple hours at the most. It's not expensive for current owners at $5 and new gamers can purchase the "Masterpiece Edition" to get both the game and the DLC, but it's not very meaty at all.

While it does have some effective moments of atmosphere, I felt like Inheritance wasn't quite as scary as the main title. I did have one moment where my girlfriend literally screamed out loud while playing, which was unexprected as usually nothing scares her, but otherwise the experience was lacking any true moments of terror.

These are really my only complaints with the Layers of Fear DLC. There are those who would argue it should have been included from the beginning, but I think the main game stood fine on its own. This DLC, however, sweetens the deal for those who want to pick up the Masterpiece Edition and see the full experience.

Even with its short length, I recommend fans of the main game to try it out and I still highly recommend the Layers of Fear experience for anyone who considers them a horror fan.

I read a ton of the user reviews on Layers of Fear prior to writing this. I played the game on PC and on PS4 when it finally released, and I saw the future of horror games. When it comes down to it, horror games are like comedy. Some people will like it, and some won’t. Either way, it’s still worthy of existing.

Games are subjective, but horror games are doubly so. If it can’t scare you, it’s not successful. Layers of Fear scared me. It made me question everything around me each and every room I was in. For a game to delve itself itself so deeply into your psyche, it deserves the highest of praise. I can’t think of a better horror experience on PS4.