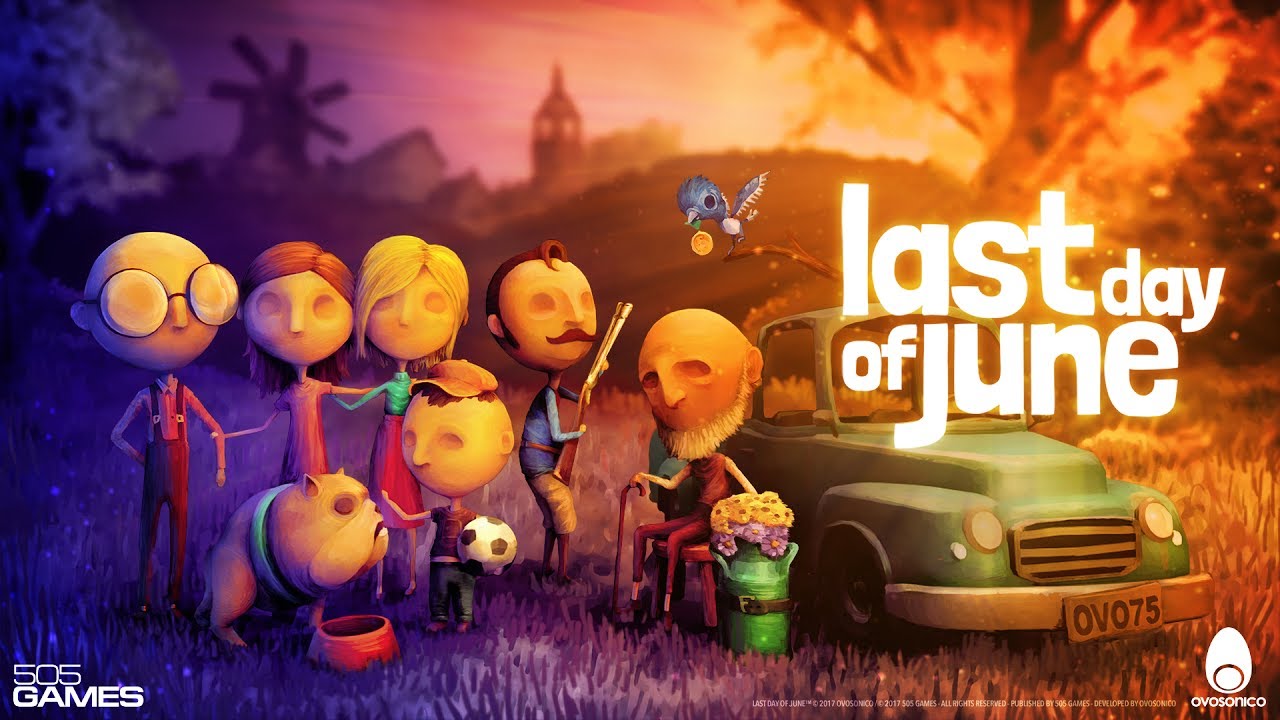 Love and loss are two primal parts of life as a human being. The former is unlike anything else in this universe, and the second is the worst pain you'll feel during your lifetime. Last Day of June is a game that explores both of these things heavily throughout its story.

You play as Carl, who loses his wife June in a tragic accident at the start of the game. In his grief, he discovers that he can use her paintings to go back and alter the events of that fateful day. Does this story bring a tear to your eye, or do the mechanics get in the way of the narrative? Having played it from beginning to end, I'm ready to answer that question.

A Story Told Without Words, Only Emotions

The story in Last Day of June is actually based on the music and video for the song "Drive Home" by Steve Wilson. The director of the game, Massimo Guarini (best known for Murasaki Baby on the Vita), used this song as inspiration for the game's premise.

Steve Wilson was also part of the project, along with writer and director Jess Cope who was an animator on Frankenweenie. The game begin with a heartwarming scene between Carl and June. Without any dialogue, only noises made by the characters, we quickly feel the love between these two.

June is quiet and reserved, but she's got a great sense of humor. Carl, on the other hand, is awkward, but in an endearing sort of way. All of this is conveyed with noises, sighs, screams, and an unknown language occasionally spoken by the characters.

It's a game that relies on imagery and sound to develop the characters, and it works surprisingly well. The opening scene, while short, gives us a brief moment to see the love between June and Carl before tragedy strikes.

The rest of the story revolves around Carl's attempts to rewrite that day and somehow save her. As you progress through this endeavor, you'll also have the opportunity to play as other people who were a part of that singular day's events.

From an old man, to a hunter, to a young boy, and a woman leaving for good, these characters each have their own specific collectibles you can find. These collectibles unlock still images that give you a glimpse into their past and their own struggles.

Ultimately though, the story here is about Carl, June, and that one day that changed everything. It's impressive how much emotion Last Day of June conveys in its wordless story, but the emotional impact of the day is lessened by how many times you have to repeat it.

It's disheartening for both the player and Carl to relive that day over and over as you make changes and see the outcome. The story is ultimately a powerful metaphor for how we cope with loss and tragedy in our lives.

Carl can change the events of the day, but will it ever change the outcome? Obviously, I won't spoil anything here, but it's a powerful premise that carries the game forward to its conclusion.

As we'll discuss in just a moment, the story's impact is somewhat lessened by the need to repeat the day over and over again, but the ultimate message and narrative arc is both emotional and intense throughout.

The game will mean something different for everyone, but for me, it was a beautiful journey through tragedy and loss. It poses a very raw question for both Carl and for gamers. It asks how far you would go to save someone you love. What would you be willing to do if you could turn back the clock?

It's a unique twist on the all too familiar tale of love and loss. If you have the stomach for some emotional turmoil, it's well worth your time to see this story through. Unfortunately, there are some more stumbles to discuss.

Finding That Perfect Sequence of Events 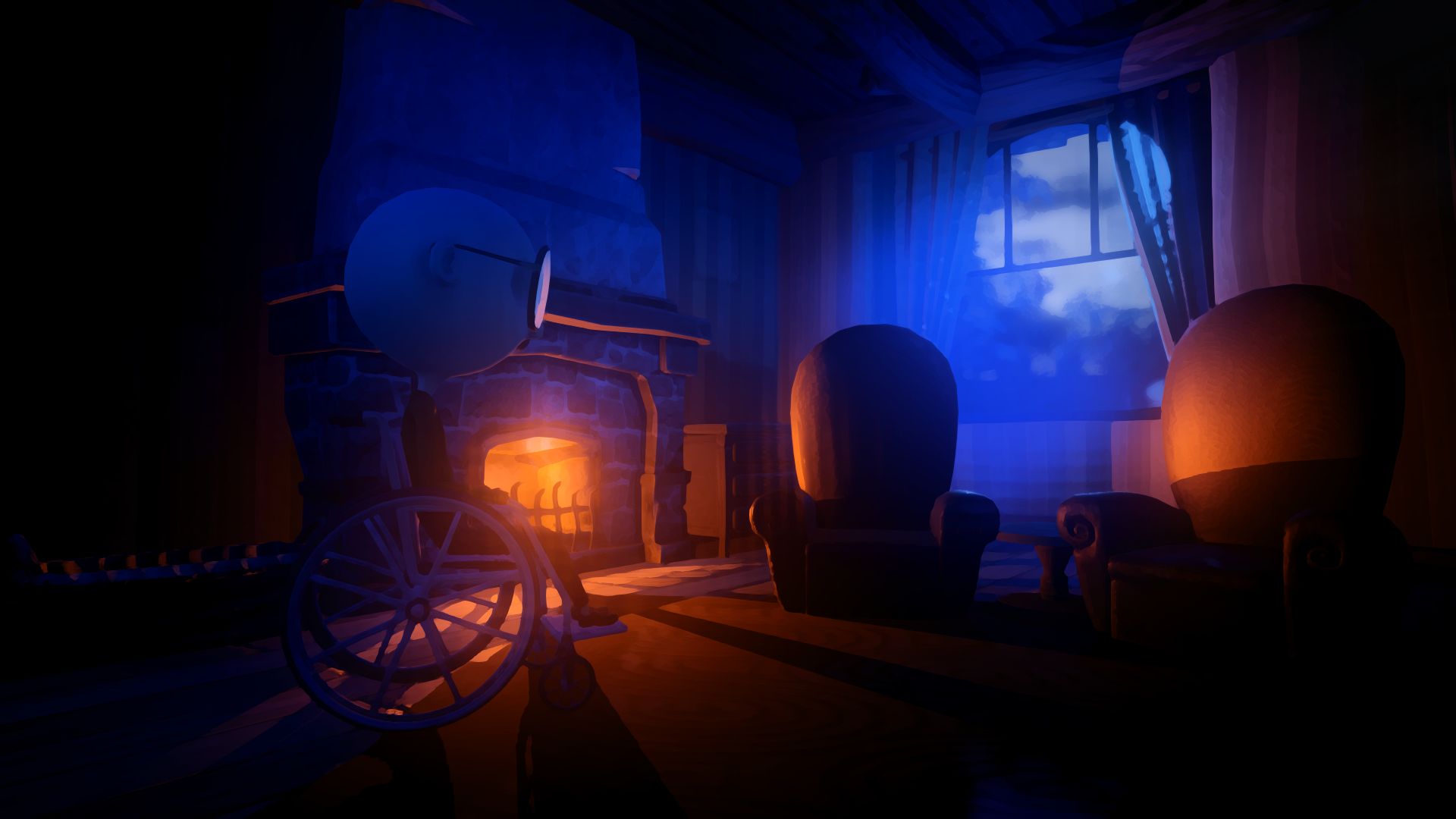 By its very nature, Last Day of June will ask you to repeat the same day a number of times. It will begin with just one person and a couple different decisions, but it will soon balloon into four different characters and numerous potential timelines.

To find success in one timeline, you must force yourself to fail in another. Similarly, if you wish to line everything up, you will need to find alternate paths to take for the same goal as different characters.

It can all get pretty confusing as you stack on the potential outcomes for each character and how those outcomes affect the ultimate fate of June.

As you progress through possible combinations, Carl becomes increasingly frustrated. At first, I sympathized with him, but after having to repeat the same day for the tenth time, I started to get frustrated right alongside him.

While the game does a decent job of skipping through scenes you've seen already and puzzles you've already completed, fatigue still sets in towards the end when you have to repeat older timelines to find that perfect sequence of events.

The actual solutions and puzzles themselves are very intriguing for the most part. A few towards the end will require you to think outside the box and really examine how events affect one another.

It's a bit of a rocky road through the last stretch of the game, and I found myself wishing it was a little less complicated, if only for the sake of the story.

Even so, there's plenty here to keep you busy. This is no simple exploration game, there's some real meat on these bones. I was pleasantly surprised to see how in-depth the mechanics went.

A more robust and complete option to skip scenes and puzzles you've done would have alleviated a lot of the repetition, but that's really my only complaint with the gameplay. Other than that, it's truly unique design and one of the most interesting time travel mechanics I've seen.

For those who refuse to use a walkthrough and want to find the collectibles, there's a solid handful of hours here for you explore Carl and June's world. Interacting with the world and viewing still scenes during Carl's gameplay will also add some time and background to the narrative.

Towards the end, I simply found myself become as frustrated as Carl, and equally drained from the emotional turmoil of seeing tragedy strike again and again. It was a mixture of good storytelling, but also the fault of some needlessly repetitive gameplay. 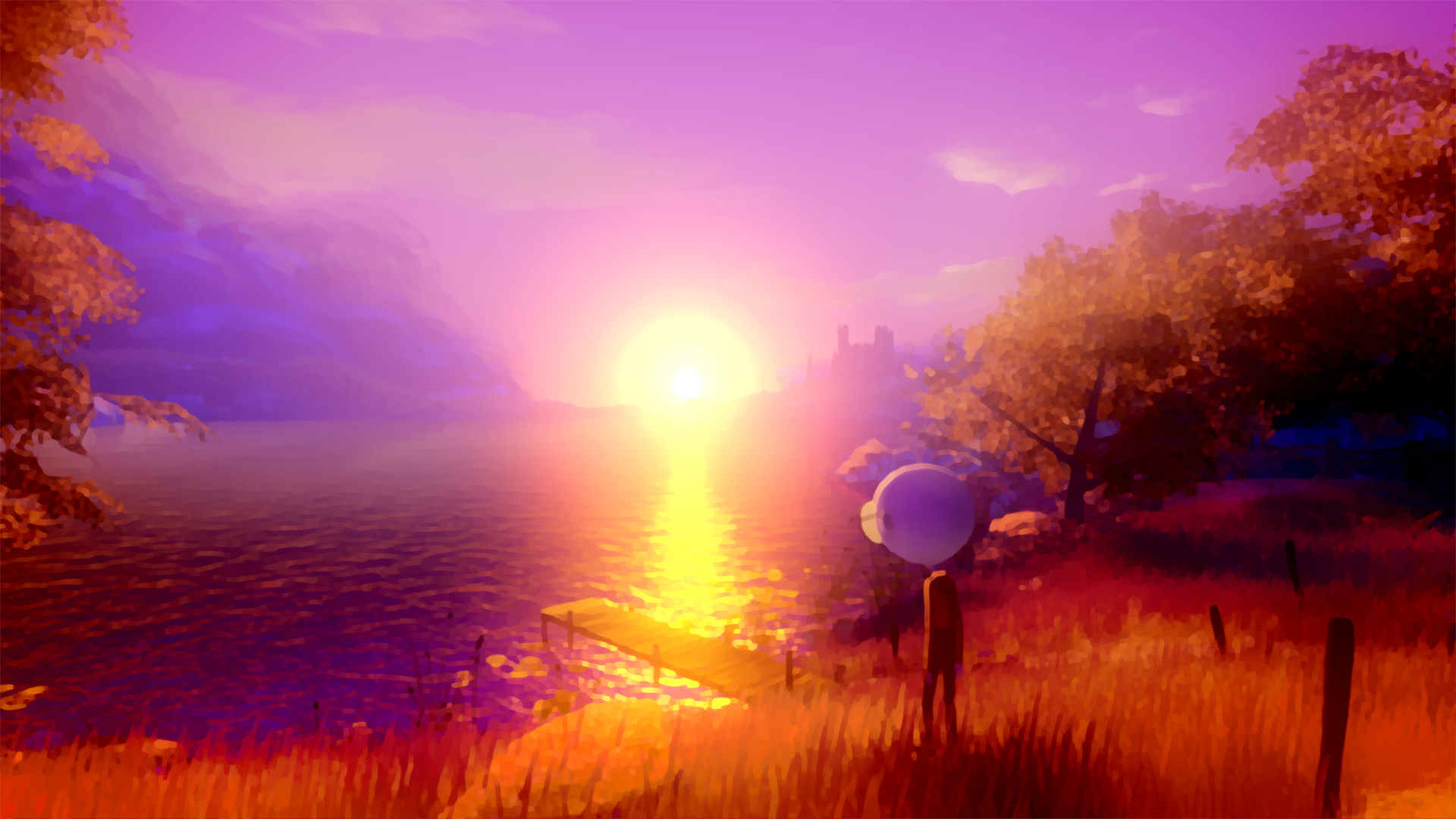 Last day of June uses an art and animation style that is reminiscent of stop-motion animation. It's similar to Guarini's other work. It's equal parts beautiful and unsettling.

At first glance, the empty eye sockets and wordless characters can be a but off-putting, but you soon get used to it and they begin to convey a lot more emotion than you would expect.

The heavily saturated colors work really well, especially when they're paired with the grim reality that Carl sees around him when you take control of his character.

The soundtrack in the game was done by Steve Wilson himself and uses a nice mix of instruments to carry and convey the emotion present in the game. It's a very relaxing, but also very thoughtful set of melodies.

It mixes in some more upbeat tracks, but on the whole, it conveys quiet sadness with bursts of hope that Carl himself feels throughout the adventure.

Last Day of June is ultimately a successful story that conveys the true pain of tragedy while alos differentiating itself by giving you the chance to try and rewrite time to save the one you love. It's a game about loss, about coping, and about trying to control something bigger than ourselves.

While it can be repetitive at times, the unique story and gameplay were enough to make this one that I won't forget anytime soon. If you're a fan of narrative games, but you wish they had more puzzles and gameplay mechanics, this one is a perfect fit for you.