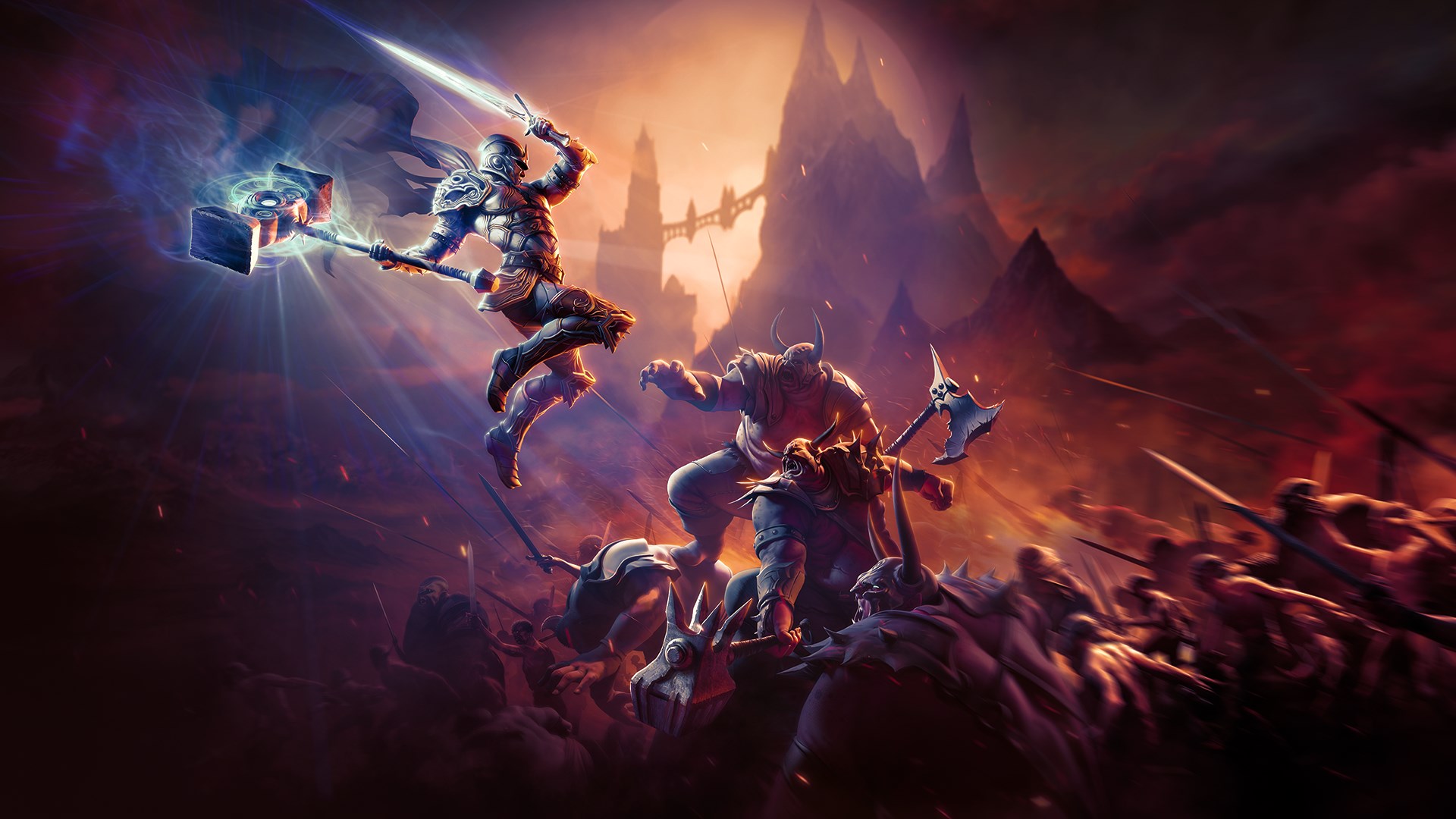 The original Kingdoms of Amalur released in a time where fantasy RPGs needed to go big or go home. Skyrim had just taken the world by storm, Fable had staked a claim in the genre, and competition overall was stiff as the next generation loomed. Amalur brought the heat with exquisite combat, a story penned by highly respected names in the industry, a capable team, and a soundtrack fit for a hollywood epic.

Despite all of this, it didn’t sell well enough, and it was left with a devoted following and little else. Now we have Kingdoms of Amalur: Re-Reckoning for PS4 that seeks to bring the best parts of this fantasy RPG back into the limelight. Does it still manage to hold its own in 2020, or will this story once again fail to capture the success it seeks? Let’s find out.

A Mixed Experience For Fans New and Old

When I first played Kingdoms of Amalur in its original form, I was captivated by the deep lore and colorful art style, but it was the combat that truly helped the game stand out from the pack. With Re-Reckoning, I was hoping to see a rich and striking remaster that could give those visuals a fresh coat of paint.

The visuals do look improved, and the resolution is fairly sharp on a 4K display, but it fails to truly look like a transformed version of the original. This is partially due to the dialogue animations, which still look quite dated and somewhat clunky during conversations. This is jarring visually when you look at the combat animations, which are incredibly smooth.

While it may not rival some of the more comprehensive remasters of this generation, let’s not judge a book by its cover. For those trying the game for the first time, Kingdoms of Amalur: Re-Reckoning features a sprawling fantasy storyline that will offer you as much or as little lore as you would like.

With the likes of R.A. Salvatore contributing to the world, you know it’s going to be deep from a lore perspective. There are plenty of lofty titles, eloquent names, and decades of backstory to sift through if you’re so inclined. The story also does a great job of interweaving with the gameplay.

Given the premise, which involves your character coming back from the dead, you have the unheard of ability to alter and manipulate the threads of fate itself. After all, your very existence is an affront to fate’s plan. This ties directly into one of your abilities, and explains the reasoning behind the game’s RPG mechanics, which never tie you down to one specific class or fighting style.

Your destiny is yours to control, at least from a gameplay perspective. As part of the world-spanning storyline, you’ll encounter various characters with impressive amounts of exposition to offer you, along with collectible lore stones that provide even more backstory. It’s the kind of fantasy epic you would casually explore, or dive into with your notebook at the ready.

This level of flexibility also applies to the main quest vs the side quests. You’ll find a huge number of activities to participate in as you explore the game’s various regions. It’s almost overwhelming to see the number of yellow exclamation points on the map in certain areas.

These quests also come with their own stories, most of which are quite interesting. While nothing about the story completely knocked my socks off, the sheer volume of it is quite respectable, and enough to satisfy any level of fantasy RPG fan.

Turning our attention to the combat, Kingdoms of Amalur: Re-Reckoning still showcases some of the best combat I’ve played in this type of RPG. This is due to the fluidity of it all, but also thanks to the improved frame rate in this remastered version.

All of it ties back into the RPG mechanics, which encourage an impressive amount of flexibility in how you spec your character. Various skills across Might, Finesse, and Sorcery skill trees give you the option to mix and match how you like, or simply focus on one.

A variety of skills like persuasion, alchemy, lock picking, and others give you supplemental abilities to choose at your leisure as well. All of this is further anchored by the ability to equip two weapons in addition to your shield of choice.

This allows for builds where you can have a staff combined with a sword, or chakras combined with daggers, or a hammer with a greatsword, and anything in between. Depending on your chosen skill trees, these weapons will do more damage or have their own associated skills you can assign to your quick slots, of which there are eight this time around.

Combat flows incredibly smoothly regardless of your chosen skills, thanks to your weapons being assigned to square and triangle respectfully. This allows you to seamlessly switch between things like a staff or sword mid-combo while peppering in abilities and attacks that incorporate button holds or other inputs.

The frame rate, for the most part, holds pretty strong during these bombastic encounters, but I did notice drops here and there. Some patches leading up to launch did help with this, so I imagine it could be ironed out even further as time goes on. A day one patch also promises to add a new difficulty for those who want even more of a challenge.

While the story is solid and the combat is excellent, the inventory and menus still feel pretty outdated. Navigating your inventory can be tiresome with odd choices like having both your secondary and primary weapons, in addition to your armor, in different menus.

You get a lot of loot in the game, so it would have been nice to have it organized better. It’s also worth noting that a chest early in the game will also give you all of the promotional armor and bonuses from the original release (this includes the much-loved Mass Effect armor which still looks amazing).

Kingdoms of Amalur: Re-Reckoning also includes the two DLC expansions from the original, with a brand new one scheduled for 2021. Both a standard and Fate edition with the upcoming DLC included are available, so there’s certainly value here as you can spend anywhere from 40 to 60+ hours doing everything.

Despite being dated in a few ways, fans of the original release or those looking to fall head-first into a lore-rich world should find a lot to like about Kingdoms of Amalur: Re-Reckoning. That being said, we still need to talk about those visuals.

Not Quite a Re-Reckoning From a Presentation Perspective

At first glance, Kingdoms of Amalur: Re-Reckoning doesn’t look a lot different than the original. Playing on PS4 Pro with a 4K display looks nice, but without HDR support it fails to truly explode off the screen. Even at max brightness too, the environments seem too dark.

I noticed a mention in the patch notes about interiors being brightened so I’m hoping they do this again across the other areas as well. It’s not a huge issue, but more brightness could help bring the environments to life, especially if HDR were to be introduced.

It’s hard to truly immersive yourself in the story when the character animations still remain stiff and clunky by today’s standards, but it’s not impossible to get past this. The music certainly helps, offering a truly epic and varied orchestral soundtrack that wouldn’t feel out of place in a big budget film.

Kingdoms of Amalur: Re-Reckoning is a harder sell to those looking for a modern fantasy RPG, mostly due to the limitation of the remaster work here. Those who loved the original will probably ignore this review and jump right back in, which is totally fine as the experience is largely preserved.

It may not be a true reckoning for Kingdoms of Amalur this second time around, but it’s still nice to see this gem from gaming history get another chance to showcase what made it special when it first released.

A copy of Kingdoms of Amalur: Re-Reckoning was provided to PS4 Experts for review purposes.