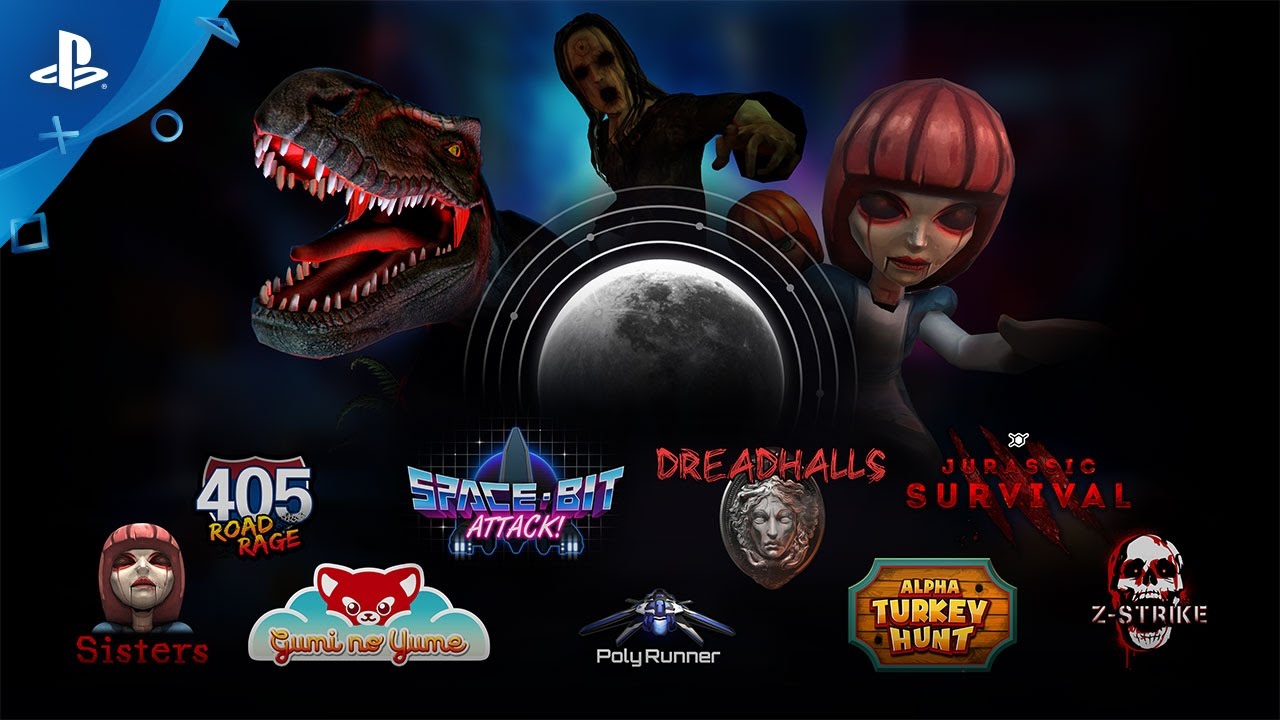 Arcade compilations are something we haven't seen in some time. I used to love picking up a good Namco or Sega Genesis collection when they came around. Theme compilations like Metal Slug were also a personal favorite.

Now, we have our first compilation of VR games in HeroCade. This title combines 9 different VR games from other virtual reality platforms, and bundles them into one package for a cool $15. Nine games for this price seems like a great deal, but is this package greater than the sum of its parts? Time to find out!

A Compilation With a Story

One thing that stands out about HeroCade, is the way it ties all the games together. While most games in this genre are content to give you a menu where you can select different titles, HeroCade goes one step further by offering a plot to explain why you're here, and why these games exist in this collection.

The premise, is that you're inside of a VR archive. These titles were chosen to showcase the first years of virtual reality before it became a part of daily life.

Your A.I. guide explains that things are not well in the virtual world. To unravel the mystery, you'll need to progress and reach certain goals in each game. It's a really cool premise, and while the story doesn't strive to win any awards, it does provide a cool reason for you to be playing these games.

Beyond this premise, only one of the games really has its own story worth mentioning. Let's take a look at each title, and see if there's value in this bundle.

Next, we'll take a look at each of the nine games this collection offers, and discuss some impressions. When all is said and done, I'll offer my final verdict and a score that reflects the value you get from this collection.

It's also worth noting that, while each game has a goal for "story" purposes, there are also leaderboards for each one. Competitors will find a lot of replay value in that aspect of the collection.

We'll start with the best. Dreadhalls is a popular game that has appeared on other VR platforms, but makes its debut here on PlayStation VR. This horror title tasks you with exploring a procedurally generated catacomb/dungeon in the search of four human eyes that will somehow help you escape.

The games starts kind of slow, but it doesn't take long before it has me jumping out of my seat and screaming out loud. As you explore, you'll find oil that you can use to keep your lamp illuminated, and old coins that can be used to buy lore from extremely creepy stone faces that sit on the walls.

This faces will open their eyes, ask for payment, and then allow you to ask one question about the game's world. Between this and notes that you find, the purpose of the place you're exploring slowly comes to light.

As you're doing all of this, you won't be alone. A myriad of different spectres and grotesque creatures stalk the halls as well. Some of them will just scare you half to death, but others will fill in that other half and just plain kill you.

Excellent music and sound design make the atmosphere almost palpable in this game. Turning corners became a stress test for my heart, especially after I had been mauled to death by a fleshy monstrosity that chased me relentlessly through the halls.

I love Dreadhalls, and it's easily the strongest game in this compilation. While perhaps not worth $15 on its own, it's easily worth $7-10 of this experience.

Sisters is the other horror experience in HeroCade. Initially, I was hoping that the entire game would be included in this, but unfortunately that's not the case. Instead, we get the first episode of the experience from mobile VR platforms.

This amounts to about five minutes of gameplay. You'll stand in a seemingly abandoned living room as supernatural events happen all around you. You can shine your flashlight around with the controller or PlayStation Move, but there's not much else to do.

It's well made, though, and it definitely had a few scary moments in its short run time. I just really wish we had gotten the full experience here, but instead it cuts out and directs you to the developer's website. 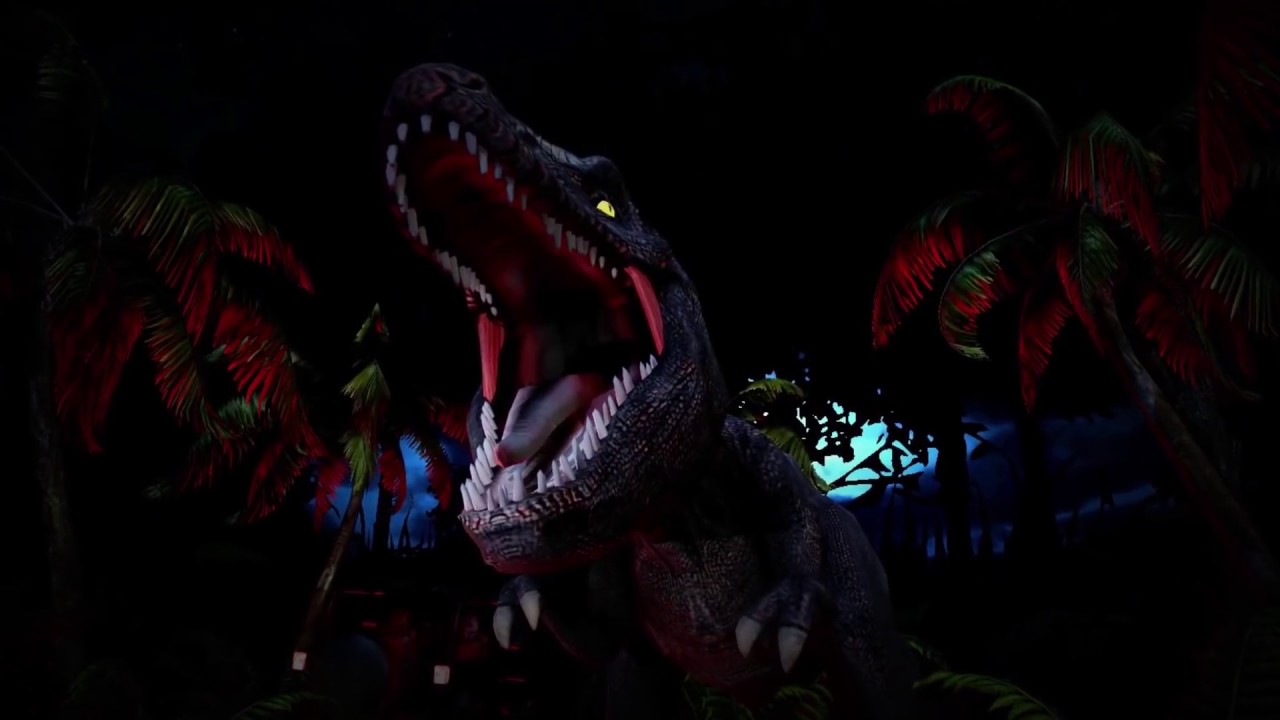 This next game is a wave shooter and and exclusive title that was made for HeroCade. In this game, you're someone who must have gotten lost on their way to Jurassic Park, because you're standing in front of an overturned jeep fighting off dinosaurs.

With the press of a button, you can turn 180 degrees in the game world and attack threats from both directions. PlayStation Move is the way to play this one for sure. One controller handles the gun, the other your flashlight.

I was also able to play comfortably with just one controller for my gun too. The tracking is spot on, and it's pretty fun mowing down dinosaurs. You only get three different enemy types that range from small dinos, to a T-rex.

The initial waves can be a bit of a slog, but once you unlock the shotgun and assault rifle, it's a pretty fun little wave shooter.

The graphics are pretty simple, and don't hold up well to close inspection, but the excellent tracking makes the shooting feel satisfying. Sound effects are good for the dinosaurs, but the guns lack any real kind of punch to their sound.

It's not going to revolutionize wave shooters on VR, but as part of the greater collection, it's something I would play again.

This one was actually really fun, and pretty unique. You play as a gunner in a gunship orbiting a map where humans are trying to escape zombies and reach a bunker.

A kind of pseudo-infrared vision shows you which ones are humans, and which are zombies. The simple graphics work because of the elevated perspective. You aim with your head and fire off bouts or ordinance towards the surface below.

With more weapons, the gameplay gain much needed variety, but dropping a volley of ammo onto zombies below is really satisfying. It's not something you'll play for hours on end, but it's a solid arcade experience that benefits from the scale of VR. 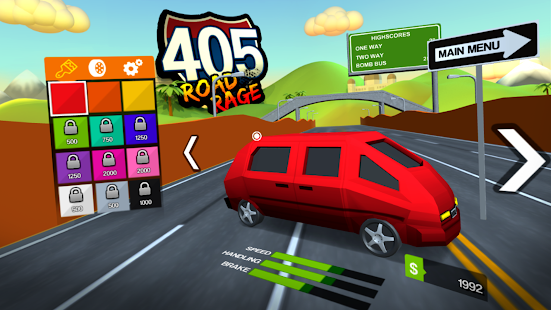 This is one of two different endless runners in the collection. Here, you play as a driver in one of several different vehicles who seems to think that driving at high speeds through traffic is a good idea.

You can play one of three different modes. In one, traffic moves on direction and you must turn your head to steer and avoid collisions while you rack up points. Another mode causes traffic to go both directions, and a third mode puts you in a "Speed" scenario where you have to stay above 50 MPH to keep a bomb on your bus from going off.

Earned currency offers vehicle upgrades and new vehicles. The head controllers work pretty well, and handling upgrades make them more accurate, but an option for controller input would have been nice.

The colorful graphics and high-speed antics make this one a fun game to pick up and play for short bursts of time.

Space Bit Attack puts you in the cockpit of a pilot in Space Invaders as you fend off waves of aliens straight from the classic arcade game. The first person perspective works well here for VR, and movement feels good.

The difficulty spikes pretty quickly, so expect this one to give you some trouble as you try to reach the goal and top the leaderboards.

Gumi no Yume is a cute puzzle game that puts you in the role of a Red Panda who must slide gummies into matching slots on a board. The game measures your score in movements, so solving the puzzle in as little moves as possible is key.

The puzzles start simple, but they quickly ramp up in difficulty. For puzzle enthusiasts, this will offer quick bursts of brain teasing that will keep you busy for a while. 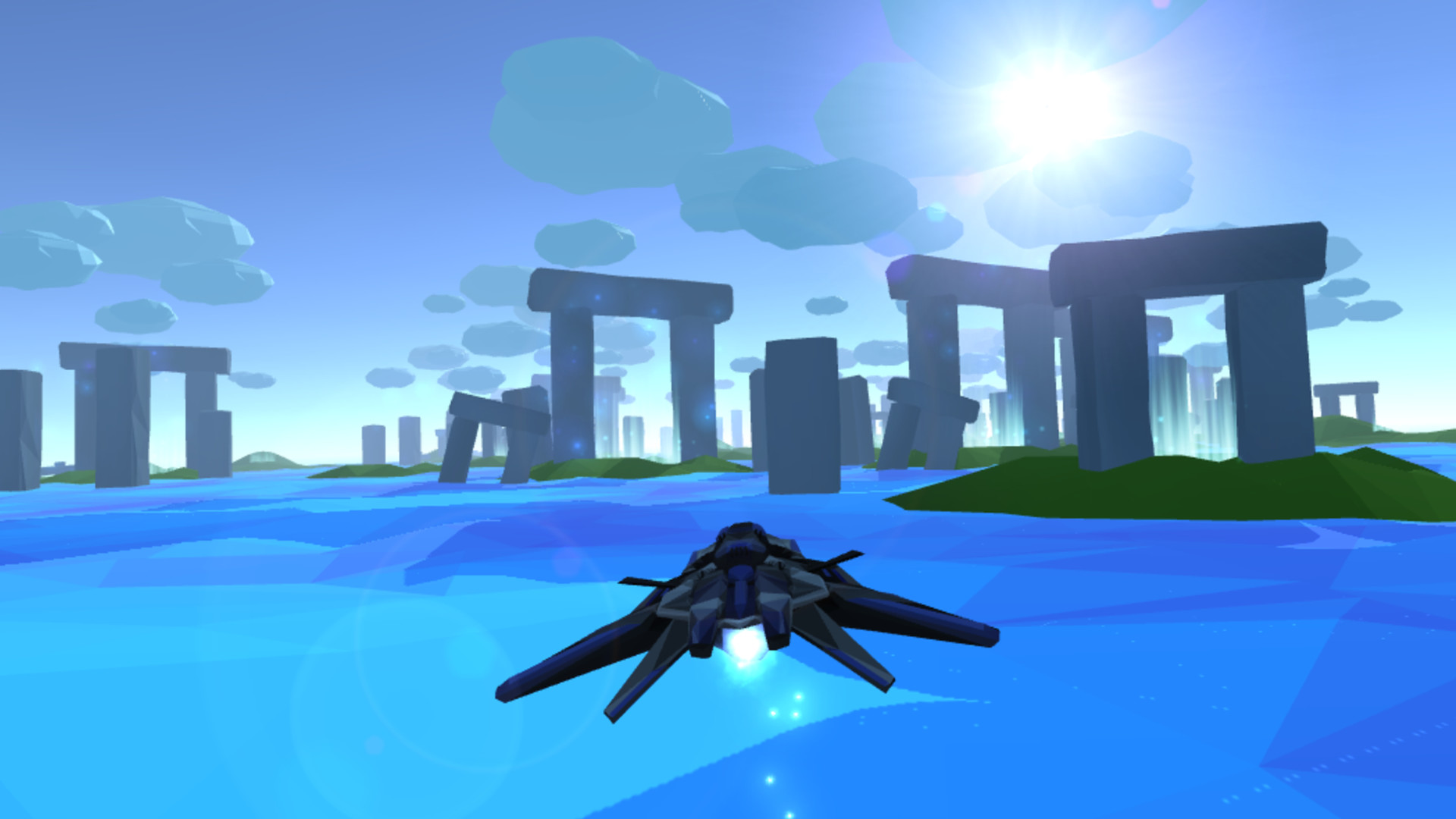 PolyRunner is the other endless runner in the HeroCade compilation. This game uses a clean polygonal art style as you fly a futuristic jet through a variety of environments.

Colored rings boost your score, speed you up, or slow you down. Your score is measured in the distance you manage to travel before colliding with something. It's simple, but the environments are colorful and interesting, and the option for thumbstick controls gives you much needed precision.

Our last game is Alpha Turkey Hunt. This was the weakest game in the collection for me. It's a simple wave shooter where you attack 2D turkeys as they slide towards you.

The controls work fine, but the upgrade system takes way too long to kick into gear. The default pistol without any upgrades has a painfully long reload time, and the enemies themselves don't ever do much more than move towards you from different directions.

A simple touch of a turkey is game over. At least with Jurassic Survival, we had a bit more going on. Alpha Turkey Hunt just doesn't add anything to the table that isn't already present in the collection.

Here's the thing. I think HeroCade is a great value. Yes, you can get several of these games for free on mobile devices, but we're not here to discuss other VR platforms. As a PlayStation VR offering, there's some good value here.

Not all of the games provide the same level of excitement or replay value, but standout titles like Dreadhalls and Z-Strike add some unique gameplay options to the mix. Even standard wave shooters like Jurassic Survival offer a fun distraction.

Your mileage will vary, and how many times you come back to this collection will depend entirely on your need to top the leaderboards, or see the overarching story through to its conclusion.

On their own, not many of these games could justify a high price tag, but together they offer enough value for me to recommend the collection for those who want some new bite-sized experiences at a good price.