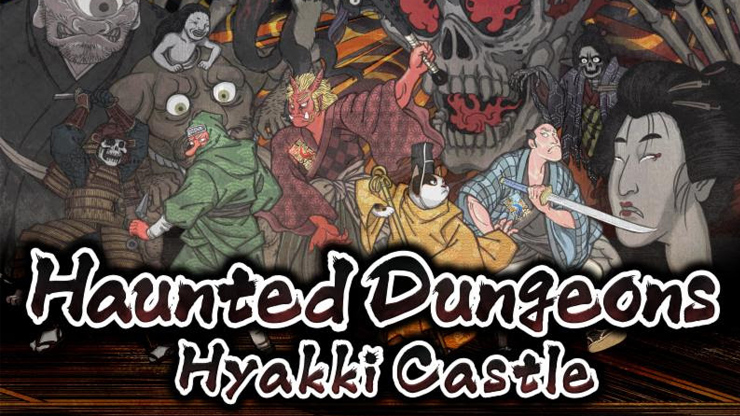 Grid-based dungeon crawlers were a classic genre in the early days of gaming, but it isn’t until recently that we’ve seen a few titles show up again on the PS4. Haunted Dungeons: Hyakki Castle is one such title that mixes things up by offering a unique setting and some intriguing gameplay mechanics.

Are these things enough to make this dungeon crawler stand out from the pack, or will this castle remain unexplored? Let’s find out.

Dungeon Crawling With a Split Personality

Haunted Dungeons: Hyakki Castle takes place during the Edo period of Japanese history. After a sorcerer is exiled to a prison island, a mysterious castle appears, and a dark omen arrives at the halls of the leadership.

Four special agents, trained to fight the supernatural, are summoned to investigate the castle’s sudden appearance and to stop the sorcerer once and for all. It’s a good premise, and the period-appropriate art used to convey the story also looks excellent and faithful to the subject matter.

It’s not an incredibly deep story, mind you. I would have loved to learn more about the sorcerer, and the characters I was playing as. While you can create them yourself and organize your four-person team however you like, I played with a balanced group that spanned across all four races and classes.

More information or backstory on these elements would have been welcome as they are often mentioned in Japanese folklore, along with the enemies and the Yokai that inhabit the castle. Even so, the choice of things like an Oni, Tengu, and Nekomata combine with classes like the Samurai, Ninja, and Monk, each with their own abilities.

Once you’ve completed the tutorial, you’ll start to get an idea of what Haunted Dungeons: Hyakki Castle does to set itself apart. You move around in a grid-based environment and interact with basic things like pots, chests, or switches.

Enemies can be faced head-on with the option to switch between your team members via the shoulder buttons. As you move through them on the bottom of the screen, you can use the face buttons to utilize their attacks and abilities that you’ve equipped.

Skill points accumulate as well, with skill trees for each character/class that you can spend whenever you like. You’ll also come across items like food, and weapons to equip on your characters as well.

A hunger meter slowly trickles down as you explore, which is why having food on hand is smart. You can sleep at any time using an item in your inventory, which restores health and mana but drains hunger.

Depending on the composition of your team, your hunger levels will fall at different rates. Larger characters understandably lose hunger faster than others, so it’s important not to waste moves. Thankfully, the game’s map does a nice job of showing you where you’ve been and what is unexplored. Save points that restore your health and mana are also peppered across each floor.

The puzzles usually consist of switches on the floor or walls, but you will have to contend with traps as well. All of this brings us to the combat, and Haunted Dungeons: Hyakki Castle’s most unique feature: splitting up your teams.

With the push of a button you can split into teams of two, or by changing the team color, you can switch into a team of three and one. The screen splits down the middle, and you can switch between the two teams at will.

The team that remains unused turns to stone, thus making it easier to focus on which one you’re controlling. The purpose of doing this is two-fold: you need to solve puzzles in some cases with two teams and fight certain enemies by flanking or surrounding them.

Many enemies are vulnerable from the sides or back, so by splitting, you can distract the enemy while your other team goes to the side or behind them. When the enemy turns to face you, a quick switch to the other team lets you continue the assault.

When you’re finished, you need to place both teams in the same space and then press a button to merge them again. I actually really liked this mechanic, despite the fact that it can be somewhat confusing when you split as to which side of the screen my current team was on.

Combat in these types of games can be boring due to the simple nature, so the option to split and surround the enemy is pretty ingenious for keeping things interested. That being said, the game’s simple puzzles and relatively basic strategies surrounding this keep it from being truly great. Repetition will set in after a short time.

Fans of the genre will enjoy the unique setting, but purists may not like being forced to used the team splitting mechanic. I thought it was a intriguing way to add something to the genre, but it is a little underdeveloped.

Since the game already supports split-screen, I think the option for local co-op multiplayer to control each team throughout the game would have been very interesting as well. Let’s see how it looks and plays. 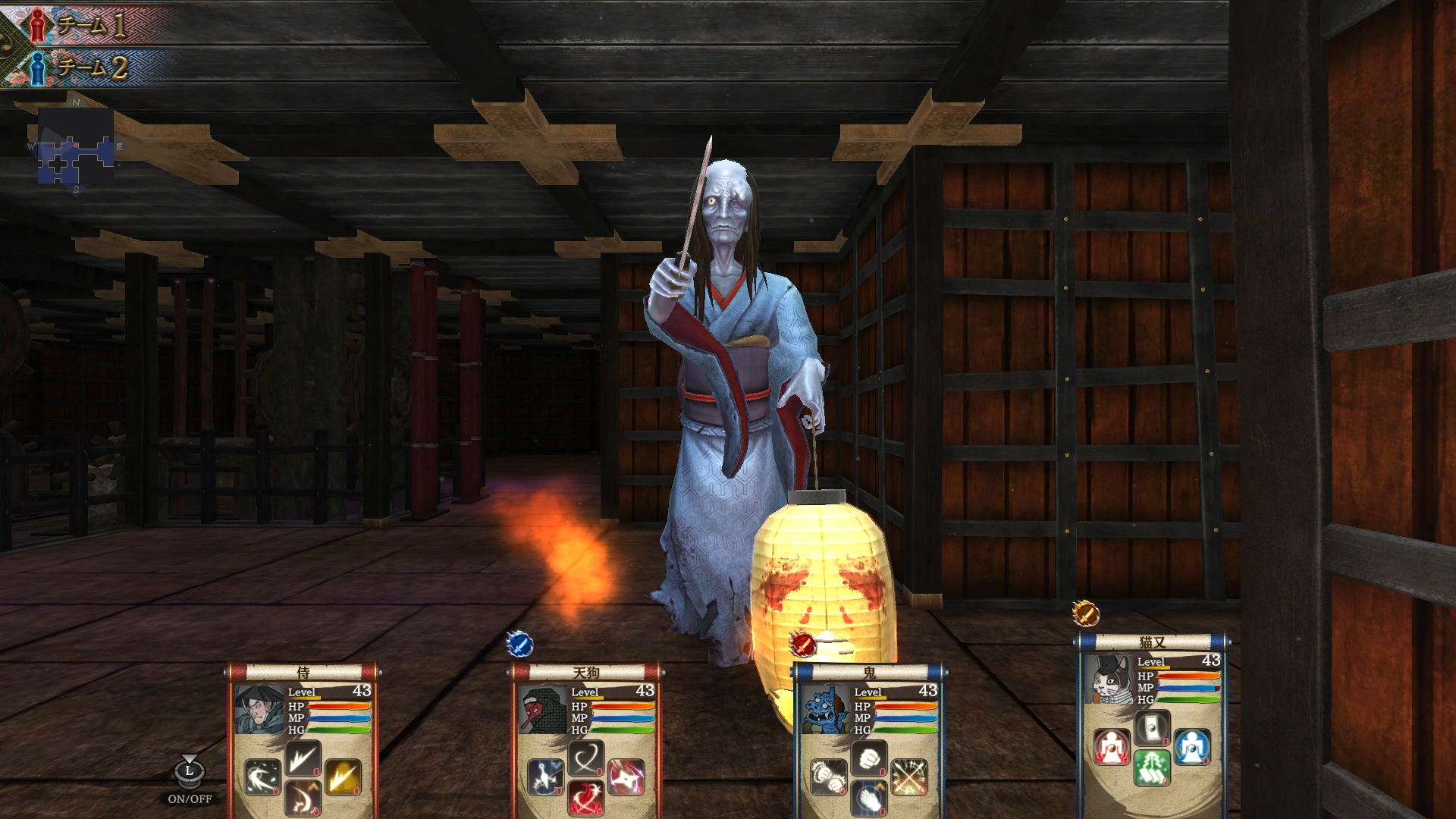 The graphics and presentation in Haunted Dungeons: Hyakki Castle is faithful to the source material, but lack a lot of detail. Environments are basic, but the enemy designs are pretty interesting and frightening up close.

I will admit I jumped a few times when I saw a ghostly apparition barreling towards me when I turned a corner, so the atmosphere is certainly there. In the end, Haunted Dungeons: Hyakki Castle is a unique entry in the classic dungeon crawler genre, but it doesn’t do quite enough to truly stand out.

With the addition of more unique mechanics and some additional depth in the strategies already in place, the gameplay could have been more engaging. More detail and environmental interaction would have also made the experience more exciting.

Despite these things, fans of the genre will find a lot to like here. I enjoyed my time in this haunted castle as well, so if you like the look and feel here, it’s certainly worth checking out.

A copy of Haunted Dungeons: Hyakki Castle was provided to PS4 Experts for review purposes