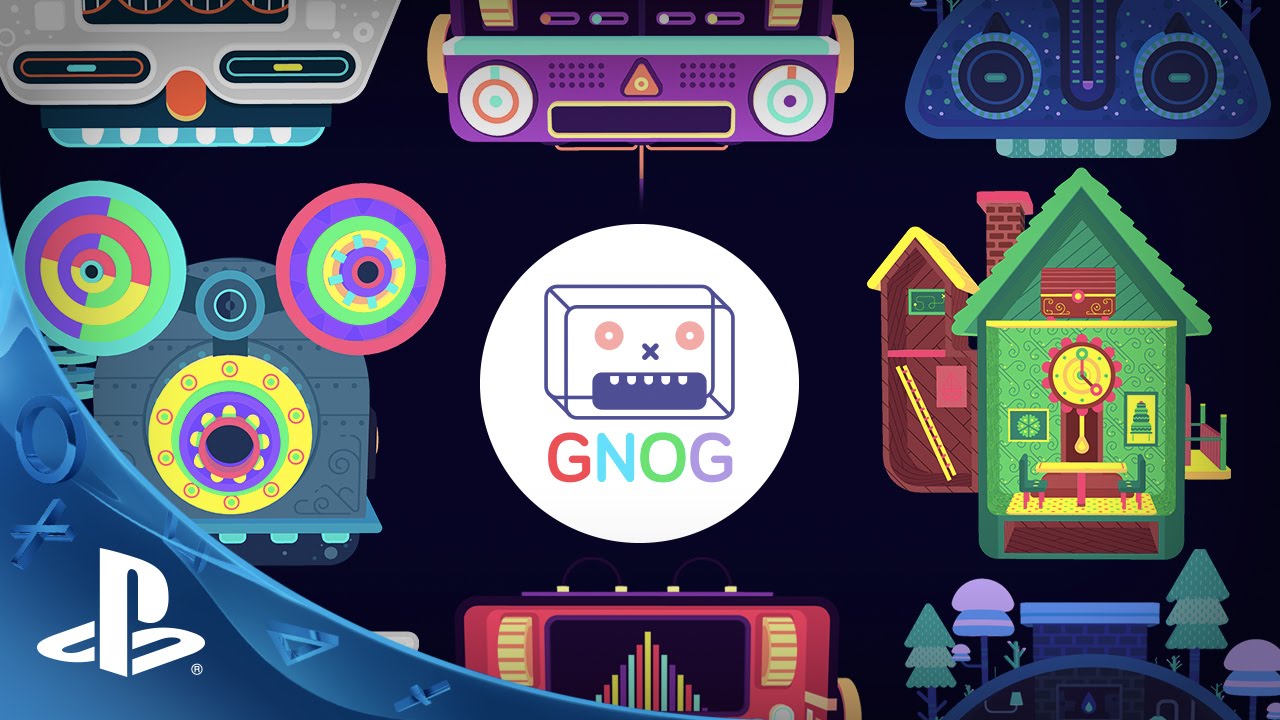 Puzzle games are everywhere these days. Gamers have a lot of options, inside and outside of VR, which makes it hard to stand out. With GNOG, we have a puzzle game with the promise of exciting interesting puzzles and the feeling of playing with a veritable toy chest of interactive items inside of colorful environments.

Does GNOG rise above its fellow puzzle games by providing a unique and tactile toy box, or is it too simplistic to be scintillating for the player? With support for VR and standard play, everyone has the chance to play GNOG, but should you? Time to find out!

GNOG doesn't concern itself with a real story, but it does manage to weave a narrative all the same. Each of the game's levels has a unique approach and it's own flow that tells a kind of simple, childlike story.

Whether you're helping a pair of space explorers repair their ship, or assisting a robber in relieving several households of their valuables, every level in GNOG has a satisfying sense of progression. There's a real sense of accomplishment, beyond solving the puzzles right in front of you.

Like a great jigsaw puzzle, they simply fit together to form something greater than the sum of their parts. What's more, each puzzle box eventually becomes a face by its end, one that sings to you happily with a unique song before you're taken back to the level select menu.

I always love story in my games, and while it would have been cool for GNOG's puzzles to fit into some greater narrative whole, the mini-stories it told through the puzzles in its levels made everything feel like it's own unique world that I was invited to explore.

Part of this was the way the levels were laid out. New layers of the puzzles were revealed with each accomplishment, resulting in new areas within the same face-shaped box to explore.

Of course, these small narratives are nothing if the puzzles that they consist of aren't fun, so how does GNOG fare in this regard?

GNOG bills itself as a puzzle game that has a tactile feeling. You're supposed to feel like you can reach out and touch its worlds that look like colorful dioramas.

It's worth noting that GNOG can be played both inside of PlayStation VR, and on a standard TV. Fundamentally, the gameplay experience is the same, but I vastly preferred VR, for reasons that I'll elaborate on later in the review.

Regardless of how you play GNOG, the puzzles are clever and fun to explore. None of them are particularly difficult, but they do a great job of making you feel like you can interact with the world in a very real way.

Whether it's turning a knob, pressing a button, or moving a slider, the game feels real in its feedback. Part of this is due to the DualShock 4 vibration that gives you a sense of force feedback, but the other part is how the game reacts to your input.

It truly does feel like you're a kid again, messing around in some wonderfully vibrant toy box. The initial levels are fairly simple, but the difficulty moved up to a comfortable level towards the middle and end.

Some of the puzzles required very keen observation and understanding of the environment, which made for a fun, but manageable challenge. Each level also had it's unique hook. I won't spoil everything here, but it's fair to say that each level chose a theme of sorts and really dove into it.

For a such a small team, the developers at KO_OP did an excellent job creating a polished and fun experience. It's not the hardest puzzle game you've played, but there's no denying that it's a blast to explore its worlds and discover its secrets.

The initial play-through will probably only take a few hours, but additional trophies will be offered for those who find some of the hidden secrets in the game's levels.

It's a little short, but the price is reasonable for the length. A few more puzzles would have made the value even more enticing, but what's here is really good. My only other qualm with the game, was some of the controls. Certain things like knobs or rotating elements would sometimes get finicky.

As opposed to pointing and rotating the stick, you need to move the stick in a circular motion to engage with these puzzles. This made it difficult sometimes to hit the right spot that I needed.

Stunning Art That Comes to Life in VR 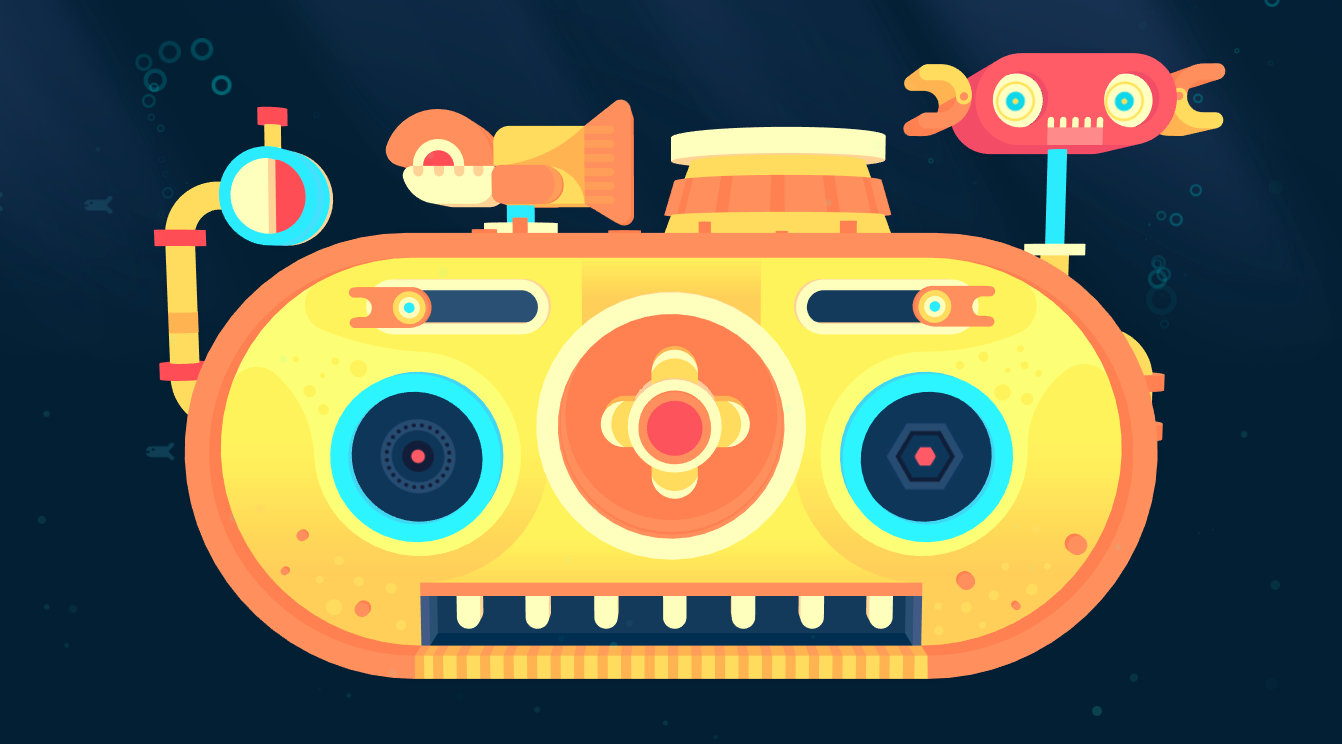 The first thing you'll notice about GNOG, is the art style. The game is simply gorgeous. It's also one of the most unique games I've ever seen in this regard. Other titles like Hohokum come close, but GNOG manages to achieve its own style through the clever design of its levels.

These levels look great on a standard TV, but in PlayStation VR, they explode to life in a breathtaking way. The depth and detail you get inside the headset allows the tactile nature of the puzzles to really shine.

When I went to turn something or flip the puzzle, the rumble and the animation in VR convinced my brain I was literally playing with a toy box in front of me.

Between the clever puzzles, the tactile engagement, the colorful graphics, and the positively wonderful soundtrack, GNOG was truly a treat for all of my senses in VR.

In the end, GNOG is a really, really fun puzzle game in its own right. If you're a PlayStation VR owner, it's a no-brainer. Puzzle games are a dime-a-dozen these days, but GNOG manages to elevate itself above the rest with a unique art style, clever puzzles, and a childlike wonder inside of VR.

If you own VR, or if the concept of a toy box puzzler even remotely interests you, then you should buy GNOG. Trust me, your inner child will thank you.