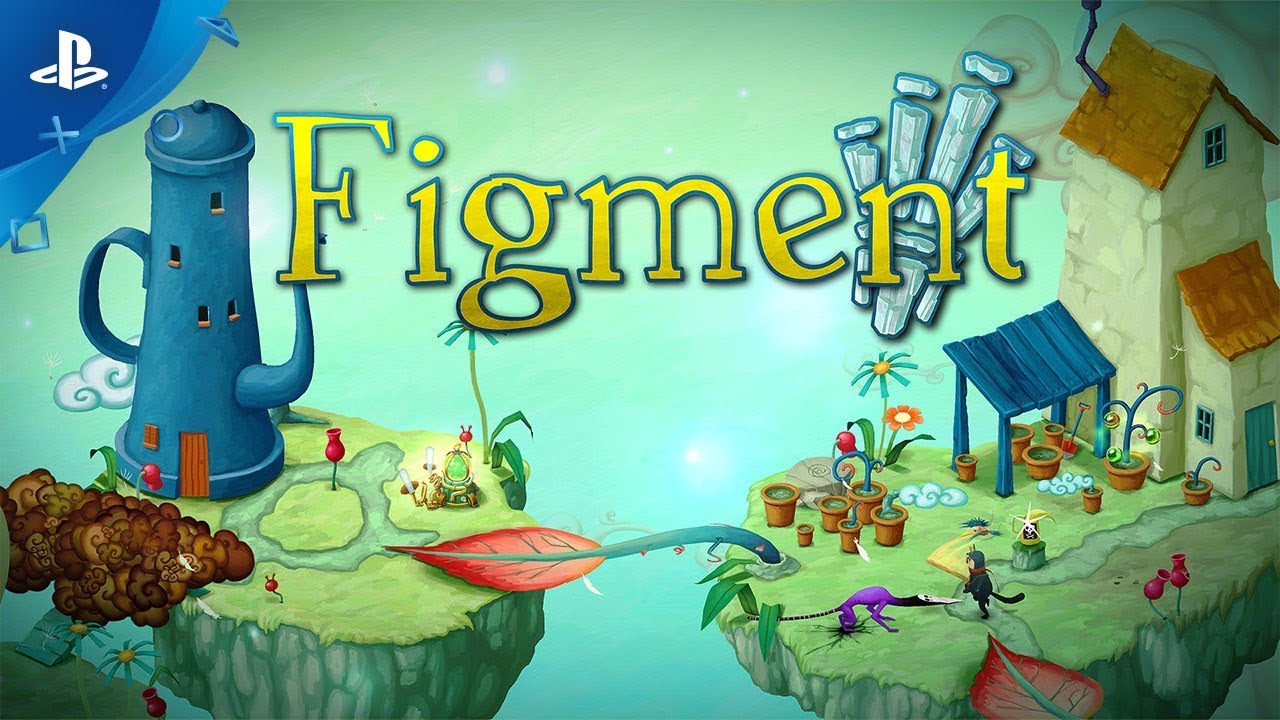 It’s not very often that you see a game tackle the concept of the human mind. It’s a strange thing, after all, and no single one would ever be the same. How would you portray things like nightmares, hopes, or dreams? It’s a tall order, but when done correctly, it can make for a really compelling concept.

Figment on the PS4 seeks to do this with a gorgeous hand-drawn art style, plenty of nods to the human psyche, and a healthy mixture of puzzles and combat for good measure. The real question here, is whether Figment offers some food for thought, or if it will bore you out of your mind. Let’s find out, shall we?

Sharpen Your Mind With Puzzles and Combat

Figment is one of those games that will catch you eye immediately. With a slight isometric perspective and hand-drawn art that mimics the brushstrokes of a master painter, it certainly grabbed my attention from the get-go.

The story is mysterious at first, but a few things are certain. The mind has been quiet for a while, but when a nightmare shows up and steals Dusty’s scrapbook, he decides it’s time to come out of retirement. Having previously been the mind’s voice of courage, Dusty isn’t afraid to leap headlong into danger, but he will most certainly complain about it.

He’s joined by Piper, a bird with unwavering optimism and a pretty hilarious sense of accidental humor. The story takes you to several major areas with multiple stages in each, but Piper herself makes some pretty funny jokes in the Freedom Isles area where you’re chasing a nightmare that spreads clouds of noxious gas in your path.

Figment is largely linear, but the areas have a nice scope to them with winding paths and interactive elements in the environment. Gameplay is a combination of simple combat and puzzles. The combat is easily the weaker of the two, to the point where I could have done without it and just focused on exploration and puzzle solving.

There’s nothing inherently wrong with it, but the enemies don’t require a lot of strategy and mostly serve as roadblocks to your progress more than a real challenge. The exception here are the boss fights, which in and of themselves redeem the combat to a point.

The bosses usually have interesting strategies that start simple, but eventually evolve into larger and more complex fights later on. During these encounters, the bosses will also sing a tune with lyrics that rhyme and almost always elicit a chuckle. It’s funny because the majority of the humor in Figment is pretty tame, but every once and a while a joke would catch me off-guard in a good way.

For example, there’s an anti-vaxxer joke that slips its way into a boss fight song early on that I was absolutely not expecting, but nonetheless made me laugh out loud. Other humor emerges in the dialogue between Dusty and Piper, or in the clever names of each area.

Mixed combat aside, the puzzles in Figment are pretty good, but never truly challenging. This is also coming from someone who usually gets stumped by puzzles in most games. I don’t think more difficulty in the puzzles would have improved the experience, but it’s worth noting for those who expect a certain degree of resistance from their brain-teasers.

There’s a nice difference in both the type of puzzles and the enemy types as you move through each of the game’s main areas, so repetition isn’t really an issue beyond the combat usually boiling down to dodging and attacking.

Overall, the gameplay feels good, the controls are responsive, and the experience as a whole is quite polished. It’s not going to really test your skills, but then again, it doesn’t need to. Figment is a welcoming experience for gamers both young and old.

A Vibrant Selection of Surreal Landscapes 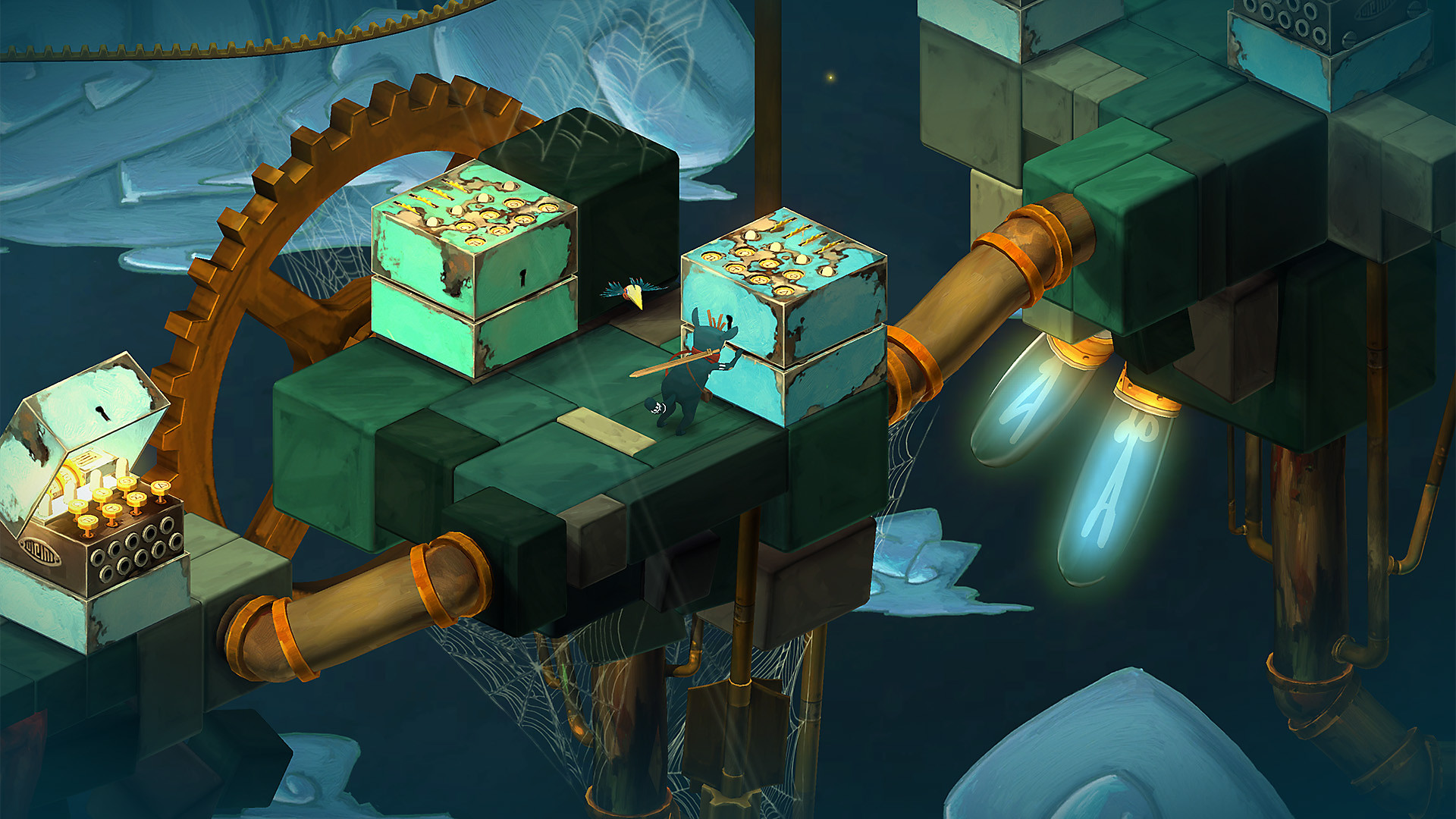 The best parts about Figment are the musical elements and the art style, hands down. The hand-drawn painted look to the environments is both colorful and imaginative. Whether it’s strange and surreal buildings, plants that look like musical instruments, or moving platforms that look like teeth, there’s always something to see.

Other areas, like the Clockwork Town, have their own visual identity as well, combining shiny metal with spinning gears and spider enemies. The use of music is subtle in your interactions and in some of the puzzles, but the boss fight songs are a true highlight. The rhyming lyrics, the superb vocals, and the hilarious writing make these parts my favorite aspect of Figment.

Overall, Figment is the kind of game you can easily play on your own or with the younger gamers in your life. Parents looking for a game to play with their kids will find a lot to love here, and like any quality ageless work, there’s something here for everyone to enjoy.

If you’re on the fence about Figment, don’t think too hard about it. This is a charming and beautiful adventure that has a lot of heart and plenty of elements that overshadow any shortcomings.