If you played Fallout 3, you may have run into a character called Moira. She gave you this long quest called the Wasteland Survival Guide, and while it didn't really give you much of a tutorial on how to survive the Capital Wasteland, now that I've been playing Fallout 4, it gave me an idea.

Most people (myself included) are going to find themselves overwhelmed and a little confused at the new Boston setting and the various tweaks to the game's formula. If you're a total beginner, then you're probably both terrified and gushing with excitement.

Either way, I think it's important to go into Fallout 4 knowing some crucial things about the game and its world. These tips will avoid spoilers at all costsso head on into my list with a confident gaze. If you consider game mechanics and basic tips spoilers, then well, good luck. Personally I needed a little guidance, so without further adieu, here are 10 things every Vault 111 dweller needs to know.

Welcome to Post-Apocalyptic Boston! Here are 10 Things You Need to Know

Now that you've emerged from Vault 111, there's going to be a lot for you to do. Take a deep breath, and get ready to bookmark this page, because I'm bringing you all the things I wish I knew when I first set foot in post-apocalyptic Boston.

I know that sounds vague, but I'm going to go into more detail here. The wrist-mounted computer you have in the game known as the Pip-Boy functions as your in-game menu. It does a ton of stuff that Fallout fans will already know, but there's a few new features too. Here's a breakdown.

That's the basic gist of it, this is also where you go to level up. You'll notice that the skill tree is very different than before, but we'll get to that momentarily.

2. VATS and AP are different (But Still Incredibly Useful)

Fallout fans, you'll be pleased to know you can sprint in this version of the game. Bad news? Sprinting drains the points you use for VATS known as Action Points (AP). Think of these like your stamina. They are displayed as a bar on the bottom right corner of the screen.

AP is used when you trigger VATS. This stands for Vault-Tec Assisted Targeting System. While you can play Fallout 4 as a real-time first person shooter, some situations can be a little hectic. Tapping the button for VATS slows down time and gives you a strategic view of the situation.

You can look at enemies and target specific body parts for attack. Each attack uses AP so if you've been running and you trigger VATS, you may not have much to spend. In this screen you will also see a number on each of the body parts showing how much of a chance you have to hit it from 0-100.

You can play out all of the attacks you want on multiple enemies and then hit the button and watch the bullets fly. A bar in the bottom-center of the screen shows you critical hit meter. When that's full, you can trigger a critical hit whenever you'd like (a new feature, and a welcome one) so be sure to save it for moments when you know you'll hit your target.

Since VATS only slows down time (it doesn't freeze it like past games) an enemy's movements can affect your accuracy both positively and negatively. You'll see the numbers change as they move so keep that in mind too when lining up shots.

3. All Loot Does Something

In previous Fallout games, there was a lot of loot that was literally labeled as "junk." You could pick it up, sell it I guess, but otherwise it was useless. Not so in Fallout 4! Everything in this game can be broken down into crafting materials like steel, glass, wood, nails, and more.

What's great about this is that you don't have to be picky with what you loot. Go nuts! That is, until you have too much and you're over-encumbered. Then you walk slow and can't fast travel.

Pro-tip: Your traveling companion (even Dogmeat) can carry your excess items for you!

If you don't have a companion with you, organize your items by weight and drop the least important ones. Just remember, that everything you pick up can be used for something, so leave no stone unturned!

4. Settlements are a Thing Now (Take That Minecraft!)

Speaking of crafting, those supplies you pick up can be used for building and improving settlements. Now, you can't just build a house in the middle of nowhere, but there are designated areas in the game where you can work your Minecraft magic and start crafting things like fences, walls, homes, defenses, and more.

Pro-tip: Sturges, who you meet early on, has a number of quests that get you acquainted with the controls and concepts of building a settlement

Settlements need things like power, water, and food. The character I mentioned above is a great person to get quests from that familiarize you with the finer points of settlement building. It's the closet thing you'll get to tutorial for this.

When you have multiple settlements, you can also purchase a perk in the skill tree that allows you create supply lines between them. Keep that in mind as you build these places. Remember that they also need defenses while you're gone. You can build them and assign people to defend the settlement while you're walking around in the workstation mode.

The junk that you see scattered around settlements before you dig your teeth in can also be scrapped for crafting materials. See a couch you don't like? Break it down! What about that fence? It's wood now baby! Cleaning up the place can grant you some great boosts for building shiny new things.

5. Weapons Can be Modded and Improved

This is another big change for the series. Normally all you could do with a weapon was repair it when the durability got low. Now you can use special crafting tables to create entirely new mods for almost every aspect of your weapon. Barrels, silencers, stocks, scopes, you name it. It feels like Call of Duty multiplayer stumbled into my Fallout 4, and I couldn't be happier. You'll be using the same base materials here as the ones you use for settlements so keep that in mind. All I know is I took a revolver, added a stock, scope, and silencer and this thing is a beast!

On top of all this, guns no longer lose durability like in past Fallout games. Good thing too, because that would just be too complicated.

6. Power Armor is Different Now (It's a Walking Tank!)

You know the crazy metal armor on the front of the box. That mask with the tubes and stuff? That my friends in power armor. It's a staple of the Fallout series, and it makes a triumphant return here. Doing a few main quests and meeting Preston Garvey will give you a chance to try out this amazing stuff.

In Fallout 4 though, it's not just armor you wear like a fashion accessory, it's a separate suit, complete with its own features and limitations. Check it out:

All-in-all, power armor is awesome, but it's not something you'll need to rely on very much, at least not early in the game. Take it to Sanctuary and park it there (or at the Red Rocket) and leave it for when you need it.

Position the bobby pin and then slowly turn the lock with the screwdriver. If the lock stop and the bobby pin starts shaking, then stop, you need to try again. Bobby pins will break after a few tries, but if you stop right as you see the lock catching, you can save yourself a few. When the lock turns the whole way, you're good to go.

Now we get to the hacking. Oh boy the hacking. Okay so the way this works is by trial-and-error. You start with a bunch of symbols, letters, and the occasional word thrown in there. Those words are all that you need to be concerned about.

You start by guessing what the password is by selecting one of the actual words. Let's say the password is "MAKER" and you select "MADE." You will see a message pop up on the right that says "Likeness= 3" this means that the word you selected contains 3 of the letters in the password. That would mean that you should look for similar words.

It's a little confusing. You only get so many attempts though, so if you get down to your last, back out of the terminal and go back in again. I haven't tried this on Fallout 4 yet, but I know in Fallout 3 doing this would reset your attempts so you don't lock yourself out.

In Fallout 3 you found all kinds of meat and food to eat. It was great, but everything you ate had little health benefits and it contained radiation! In Fallout 4, the same thing is true, but they added a cooking mechanic! When you find a cooking station (which looks like a stew pot over a fire) check and see if you have the ingredients needed for anything.

Cooking items not only makes them far more beneficial for your HP, but it also removes the radiation problem entirely! Win-win if I ever saw one. Don't forget, you can build these in your settlements too.

9. The Perk Chart is Different

Long time fans will notice the perk chart is a far cry from the old ways you leveled up. It's actually better, but it requires a little bit of a rundown to fully understand. Anything in color is available to you in the seven categories which spell out S.P.E.C.I.A.L. As you put points into any of the items in the top row, you unlike more perks in the lower rows for each category.

This lower items, known as "perks" are new abilities and bonuses that you can purchase, and level up for more benefits. Take your time here as this is your character we're talking about. Read the perks, and see how each of them affect your overall performance. Take that into account and choose accordingly.

I know I've said this a few times, but in Fallout 3, radiation wasn't a huge deal unless you got really juiced up with the stuff. In Fallout 4, it's like dying in Dark Souls. Any and all radiation you get reduces your maximum health. Yeah, not kidding around here. I did a mission where I had to swim down and turn on these valves and water is super irradiated, so I was left with half a useable health bar.

If you are ever in a spot where you need to enter radiation, take an item called Rad-X. This reduces the rate at which you gain rads. When you already have them, the only things you can do are seek out a doctor or find/craft an item called Radaway that will remove it.

Radiation is not something to screw around with in Fallout 4. I found that out the hard way. There are perks that make it go down over time though, so look for those. 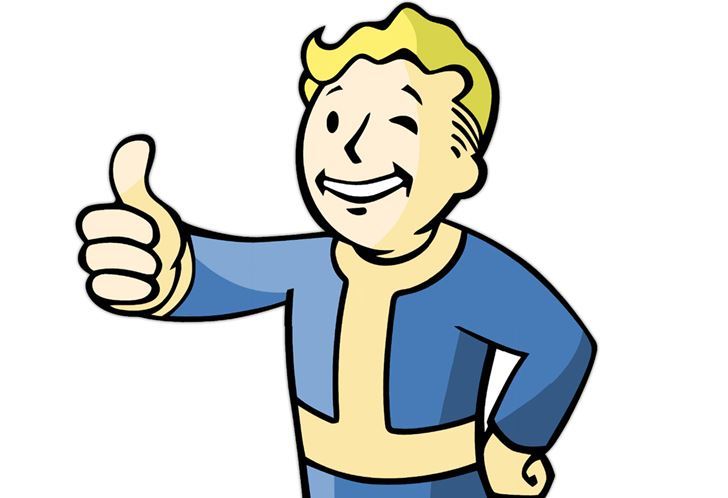 Time to Brave the Wasteland

These tips will get you on your feet in Fallout 4. There's plenty more to learn and plenty more mistakes to make, but I'm confident you'll do better than I did with this information in hand. Thanks for reading, and please, please, share your own tips for us newcomers in the comments below.