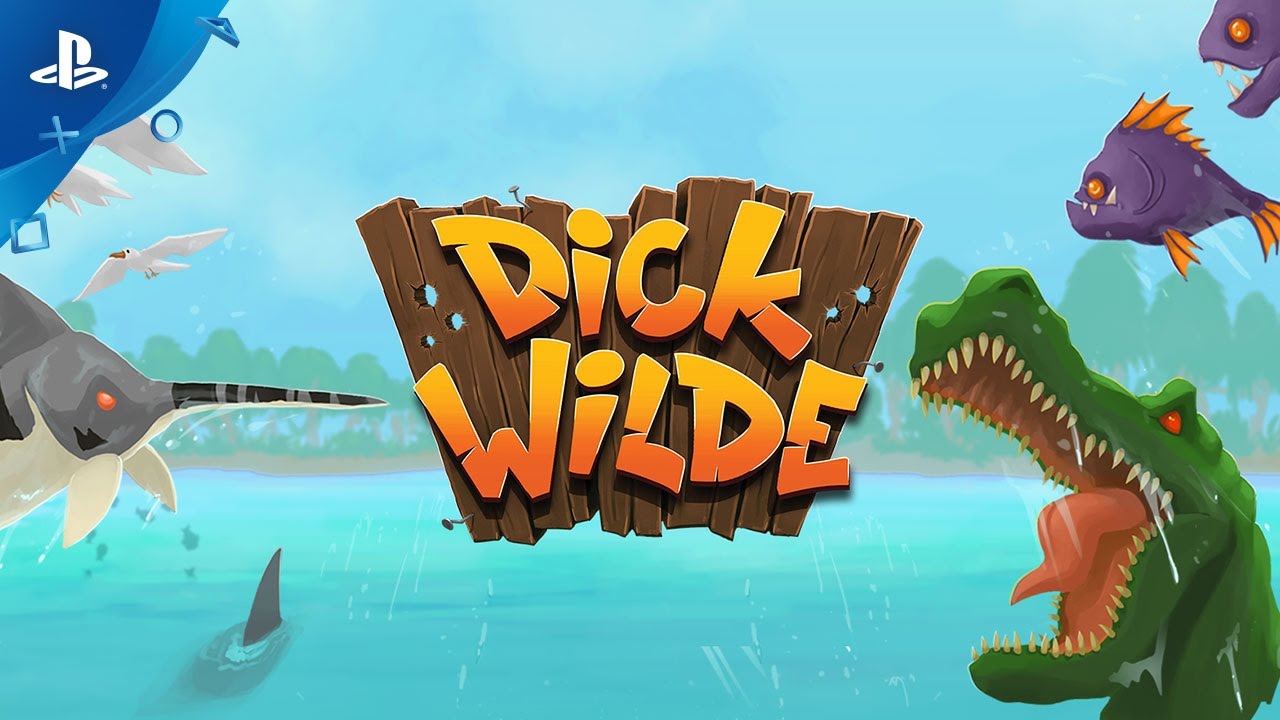 The concept of a "wave shooter" goes all the way back to the days of Duck Hunt. It's from here that newly released PlayStation VR shooter, Dick Wilde, take its inspiration. Of course, this is a new era, and there's a whole lot more than ducks hiding in the swamps, harbors, and mountains of this game's world.

Does this chaotic wave shooter for PSVR balance intensity with addictive fun, or should this critter exterminator be exterminated himself? Time to find out!

There's no story mode to speak of in Dick Wilde, but there is a good chunk of personality and world building in the main menu and the game's environments.

When the game begins, you're standing in a small shack, surrounding by various jars, cans of beer, and a few hunting trophies in the form of a squirrel and a swordfish.

Before you select items on the board in front of you, you can shoot around with a toy gun and knock things around and illicit comments from Dick himself. He seems like the strong, silent type, but he'll speak up from time-to-time with some quippy remarks or what seems to a random thought going through his head.

As you select from the game's three areas and the three levels within each, you'll hear what sounds like the client leaving a message for the exterminator, insinuating that you're heading out to get the job done.

The jokes don't always hit home, and they can repeat more than I would like, but overall I loved the feel and tone of Dick Wilde. It was funny and lighthearted. It all felt a lot like a modernized Duck Hunt, which is a great thing for VR to have.

It's something anyone can jump into and understand, even if Dick's alligator puns and comments about knocking out and experimenting on animals generate mixed results from the audience, it's all in good fun.

A wave shooter doesn't need much more than a hook and some enemies shoot at, and Dick Wilde has a unique setting and a wacky, if a little odd, protagonist to work with. Let's see how the gameplay stacks up.

Fast and Frantic Shooting Perfected by a New Controller

Until now, wave shooters in PlayStation VR could only choose between the DualShock 4 and the PlayStation Move controllers. Dick Wilde adds support for the newly released PlayStation VR Aim controller, and this is absolutely the best way to play.

You can choose from three areas in the main menu, three difficulty levels (the highest of which is locked at the outset), and a variety of different weapons.

Now, you can play Dick Wilde with the new Aim controller or two Move controllers, and the developers have gone in the extra mile in making the game highly playable with both.

When you're using the Move controllers, your arsenal will adjust slightly, giving you two weapons instead of one. Options like the bow and arrow are exclusive to these controllers.

Over on the Aim controller, you'll get one weapon to signify the gun controller in your hands. While there's some great variety to the weapons, I found that a few of them were far more viable than others.

The shotgun and nail gun were my particular favorites, but some solid backups included the rifle and paintball gun. Some of the guns have multiple firing modes, while others have a specific thing you have to watch out for, such as the pressure gauge on the paintball gun. 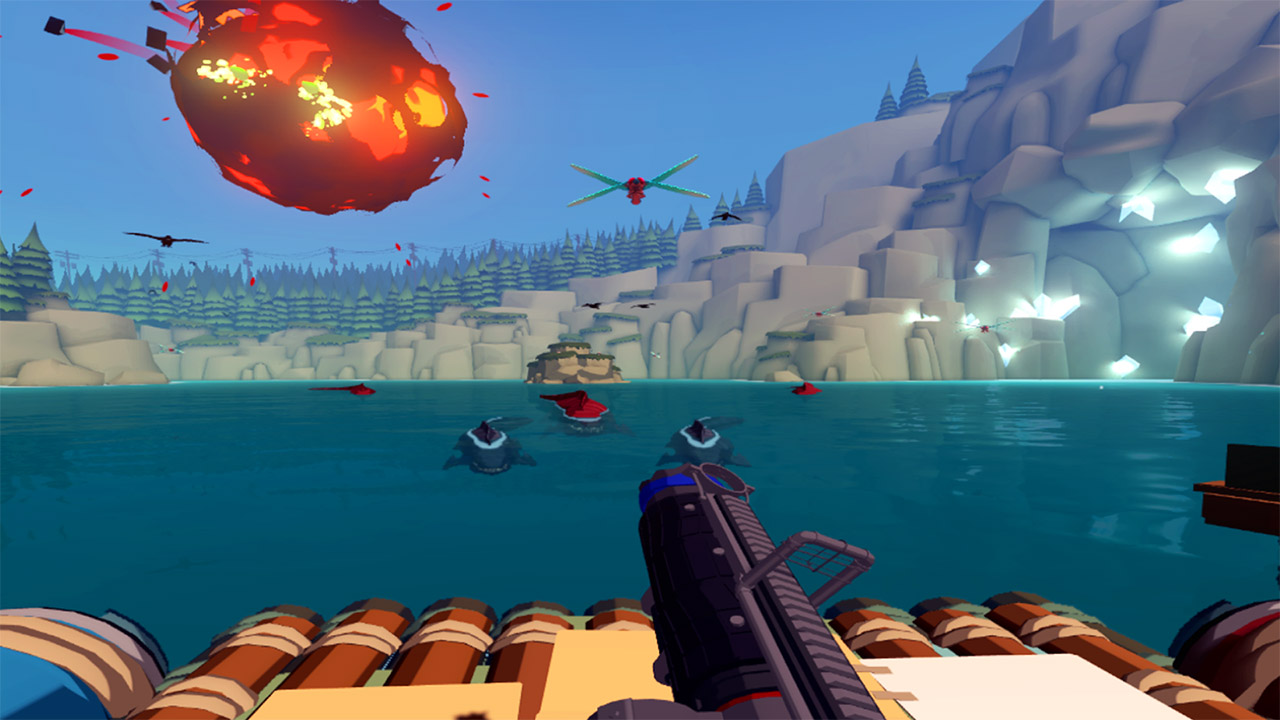 While the paintball gun has a nice rapid fire, the shotgun, for example, can fire close range double barrel shots, or switch to a longer range mode with a laser sight. The difference is clear in situations like this.

Despite the fact that some weapons seem to be far more suited to the job than others, Dick Wilde features a leaderboard for every gun and every map, allowing the competitive gamer in you to make the most of every weapon if you want to reach the top.

Despite having three difficulties, one of my few qualms with Dick Wilde, is the steep difficulty curve. The standard "normal" difficulty is anything but.

I consider myself to be a fairly skilled gamer, but I had a lot of trouble getting through ten waves in the swamp's normal mode map. I don't say this because the game's tracking or controls were off, because they weren't.

In fact, Dick Wilde has some of the best tracking and motion sensing of any VR game to date. No, the game is just 100% organic, non-gmo, grass-fed difficult. Despite the colorful visuals and quips, this is a hardcore wave shooter through-and-through.

While enemies like alligators, piranhas, dragonflies, and swordfish will all come flying at you, some of them will also hurl projectiles at you. What's awesome, is that you can dodge this in real life by moving across your couch or living room.

Getting hit obscures your vision for a good amount of time, along with taking some of your health. Things can get chaotic really fast, which is why it's nice that Dick Wilde lets you choose between a health boost, turret, rocket turret, or mine launcher between waves.

Choosing carefully is paramount if you want to make it to the end of the level. If you think you need health, you probably do. Is it too difficult? No, I think the difficulty is fair, but I do think there could have been an "easy" mode for new players to get acquainted. Normal feels a bit like "hard" and the other two modes?

Well, let's just say you'll get your money's worth out of Dick Wilde. There's some good variety to the enemies, though, and the strategies you can use to keep them at bay.

The added Party Mode is also an excellent addition. You can choose to play with 2, 3, or 4 players and have each person choose a character and weapon. You take turns seeing who can get the farthest and rack up the highest score.

It's a simple, but wildly effective mode that makes for some of the best local VR multiplayer I've ever seen.

Dick Wilde will keep you moving around your living room, ducking, dodging and shooting. While I vastly prefer the game with the new Aim controller, either way you play is bound to be a great time regardless of how you're playing, and especially if you decide to try out the party mode with some friends. 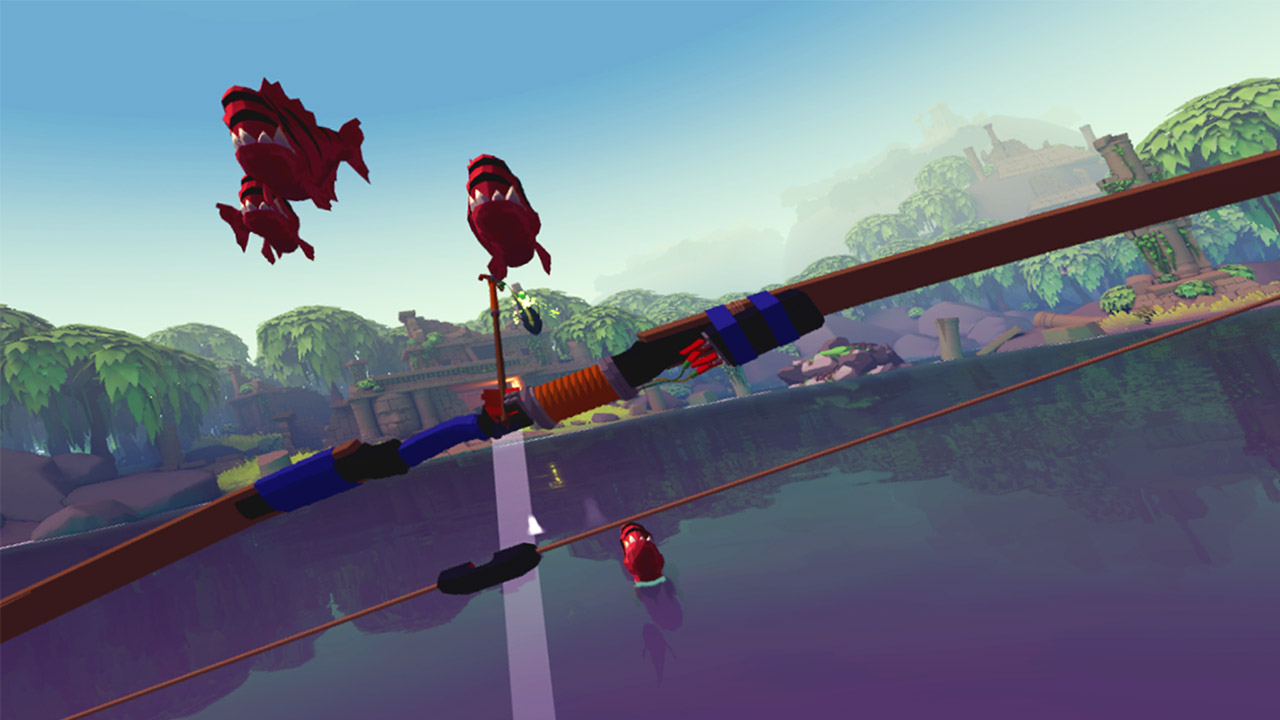 Dick Wilde is a damn fine looking VR title. Inside the headset on PS4 Pro, I loved the crisp graphics and the bright colors. The frame rate was incredibly smooth and the tracking was simply perfect.

Even the little touches, like shooting bullseyes to select items in the menu, all make for an excellent package. I have nothing to complain about when it comes to the presentation. This game is a masterclass in both accuracy and leveraging style with clarity in the graphics.

Dick Wilde may be a weird guy, and you may not envy his career choices, but his game offers a lot of fun for PlayStation VR owners, and it's a standout wave shooter in its own right. If you have some cash to spare, it's time to go critter hunting!