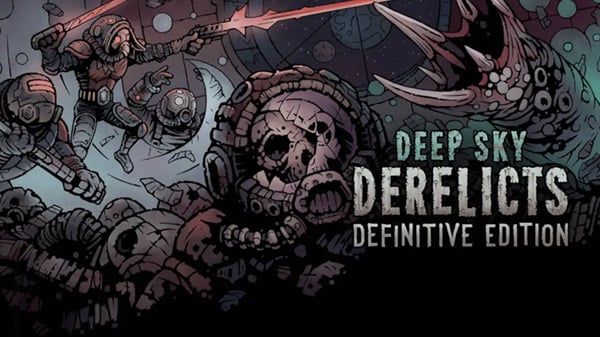 As we near the end of the PS4 generation, and the news about PS5 starts to roll in, I’m noticing a lot of titles taking more risks in order to stand out. It’s not uncommon for the titles near the end of a console generation to become the collective “swan song” for that system. Deep Sky Derelicts: Definitive Edition feels like an approach that pulls mechanics from a wide range of titles we saw this generation.

Whether it’s the card-based combat from something like Slay The Spire, or the thick-lined graphic novel art reminiscent of The Darkest Dungeon, this game has some pretty interesting elements. Is it enough to warrant a trip into the deepest recesses of space? Let’s find out!

With its striking art style and awesome cover art, you would hope that Deep Sky Derelicts: Definitive Edition includes a suitably gripping story to keep you company as you explore the cold and abandoned dungeons and environments it has to offer. Unfortunately, the story mostly takes a backseat to the gameplay here.

You do get a surprising amount of control over your party before you begin. You can choose their name, class, portrait, and even a character trait that offers its own stat changes. The opening cutscene is a short conversation with the Sub-Governor, who tasks you with finding a mythical mothership in exchange for citizenship that also includes your fellow shipmates.

Citizenship is the golden ticket in this world, allowing you to live out your life on a planet to call home. Until you get that status, however, you’re just another scavenger living a lonely life in the stars.

From here, the story never really develops into anything significant, which is a shame because the world opens up near limitless possibilities, especially when you consider that this version includes both the New Prospects and Station Life DLC packs from the PC version.

The former adds new environments like plant surfaces and weather changes, while the latter expands what you can do on the station hub between trips out into space. Both of these could have also been opportunities to expand the story or lore, but as it stands there’s not a lot of narrative motivation here.

This puts a lot of pressure on the gameplay, which combines card combat with roguelike elements and careful resource management. Each trip out of the station allows you to explore a procedurally generated dungeon using limited energy to move throughout the map.

Other things, like radar pulses to reveal your surroundings or moving quietly to avoid combat, give you some options for how you navigate. During the exploration phase of the game, all of this is done on a rather simple looking map that works as intended, but doesn’t visually add anything to experience.

Combat is where things get more interesting. The turn-based system relies on cards that represent your various abilities and attacks. Your card pool in Deep Sky Derelicts: Definitive Edition is based on your equipment loadout, class, skills, and mods. This combination of equipment and resulting card potential is an interesting mashup, but it does mean that you’ll be left to the mercy of random number generation (RNG) to decide which cards come up when.

As a result, some fights will be easier than others, but careful monitoring of your tools and mods will ensure your deck contains a good spread of cards for any given situation. The station also allows you to recharge your energy reserves, upgrade your equipment, craft new items, and even hire new crew members to swap out with your current party.

It’s an interesting combination, and one that works pretty well for the most part. The turn-base combat and card mechanics are both fine, but things can get a little messy in the menus when you’re trying to figure out a good combination of equipment and mods.

For those that enjoy a gameplay loop like this, Deep Sky Derelicts: Definitive Edition brings a unique combination of elements to the table, but without a strong story to tie everything together, the gameplay just isn’t interesting enough to truly keep me hooked across numerous procedurally-generated missions. 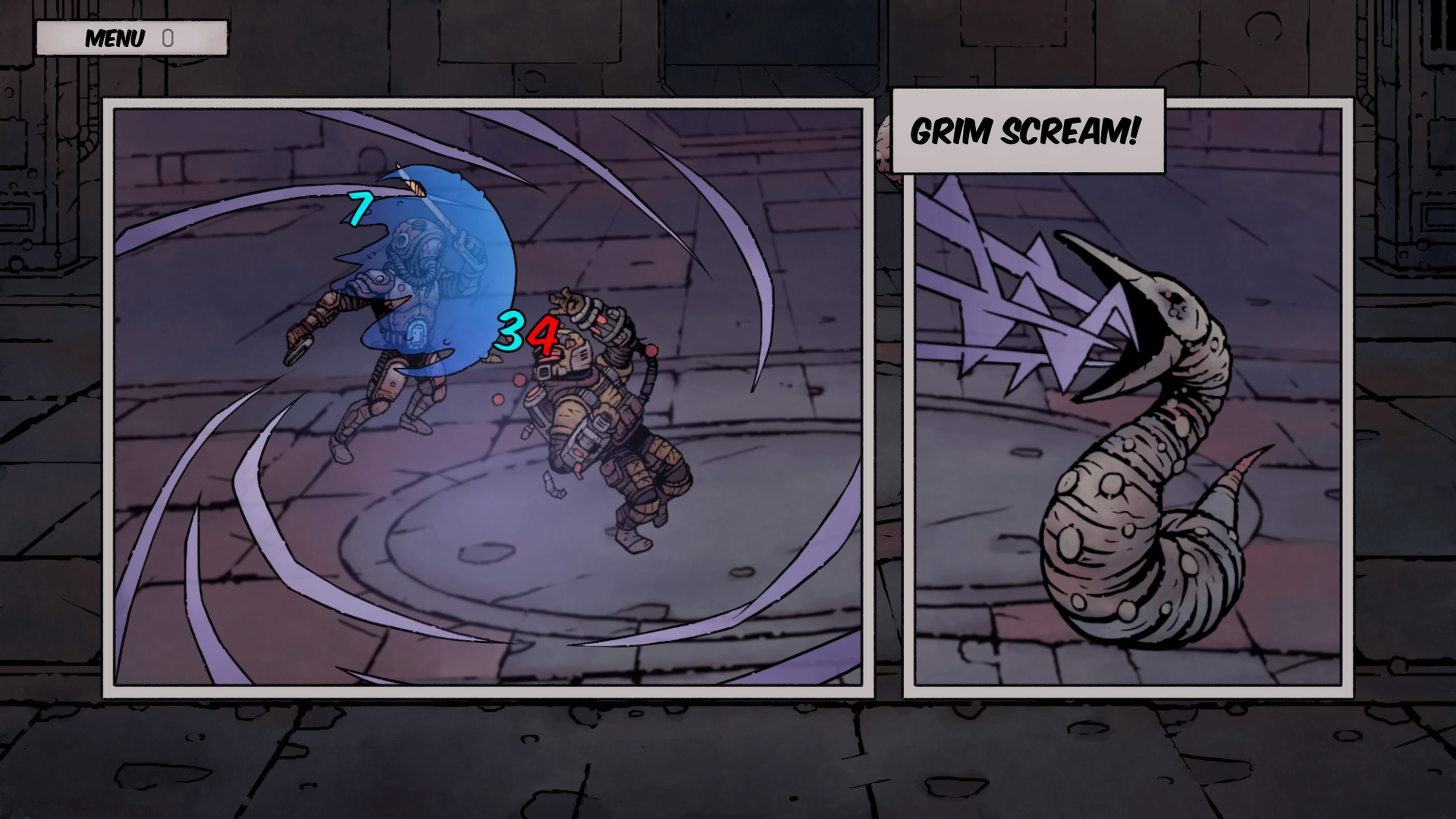 If there’s one thing I cannot fault, it’s the art style in Deep Sky Derelicts: Definitive Edition. I only wish it was used more often, such as exploration. The bold linework, striking colors, and snazzy animations look great in combat, and probably would have also looked awesome if you were exploring dungeons.

Instead, the game relies far too much on simple menus when it should be leaning into the strength of its art. The audio is mostly there for atmosphere and ambience, but it does a nice job of conveying the isolated feeling of exploring shipwrecks or barren surfaces.

While Deep Sky Derelicts: Definitive Edition does a lot of things well, it’s gameplay isn’t enough to provide a compelling reason to explore the world. A deeper science fiction tale could have gone a long way towards giving you motivation as you explore map after map, but as it stands, only those who are satisfied with maxing their stats and running dungeons will find a reason to come back again and again.

A copy of Deep Sky Derelicts: Definitive Edition was provided to PS4 Experts for review purposes.