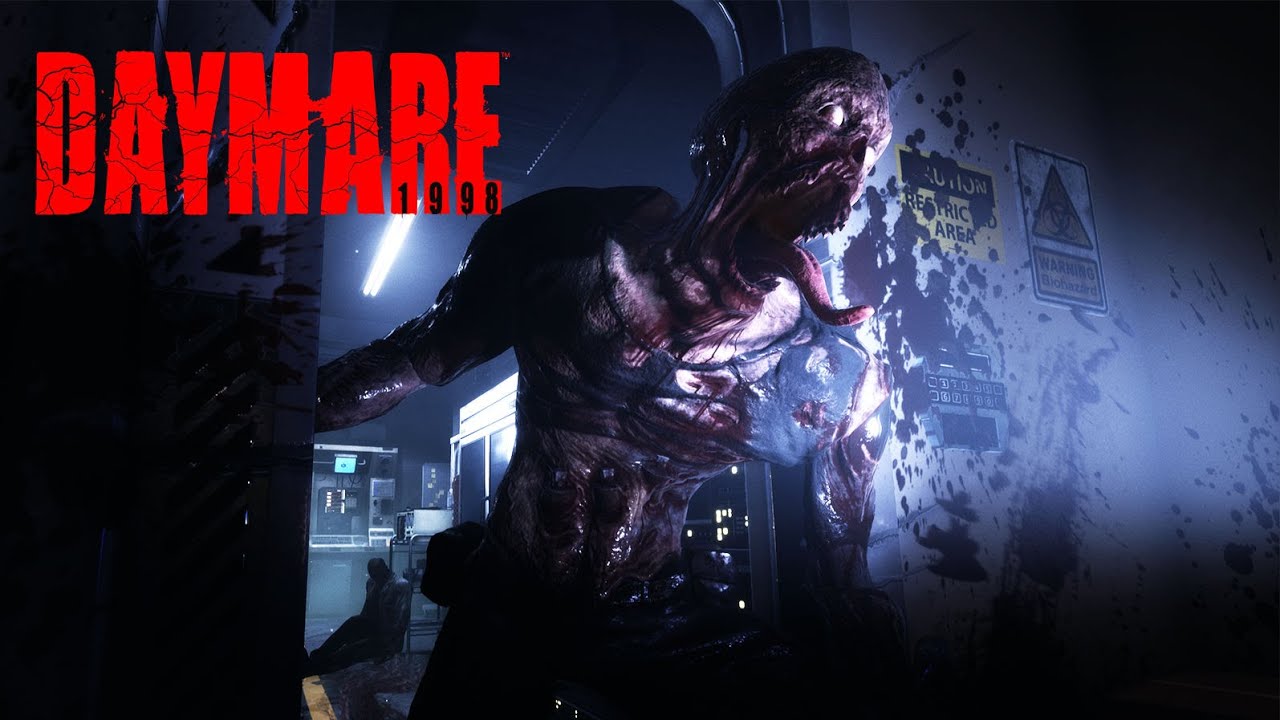 I had the pleasure of playing a preview build of Daymare: 1998 on PC several months ago. Ultimately, though, I wasn’t going to review the game until I had a PS4 copy in my hands. Now that I’ve had some time with the full experience on consoles, it’s time to find out if this project that began as a Resident Evil 2 remake can live up to the series it’s paying homage to.

Daymare: 1998 is a project that started life as a fan remake of Resident Evil 2, until Capcom decided they were going to do it themselves and shut it down. Not willing to just throw out all of their hard work, the team pivoted towards a new idea in the same genre.

Daymare: 1998 most certainly has the look and feel of a game that was inspired by classic survival horror. Its story, told across the perspective of three characters, includes everything from evil corporations, to villainous mercs, to small towns gripped by an infection, and even some top secret labs for good measure.

All of the ingredients are there, but Daymare: 1998 has some inconsistencies in the quality of its writing and performances. For example, you’ll find plenty of documents to read, but unlike Resident Evil’s relatively brief text pages, these pages feature huge amounts of text that are incredibly small on a large TV screen.

It’s solid storytelling, with some truly unique approaches to the classic viral zombie outbreak, but it could have done with some edits for flow and readability. Turning our attention to the story unfolding on the screen, the use of multiple perspectives does a nice job of giving you multiple angles as the game goes on, and this crisis grips the small town of Keen Sight, Idaho.

Our three characters are Liev, Raven, and Sam. The first two are members of a squad called H.A.D.E.S, while Sam is a forest ranger working out in one of those firewatch towers. Mechanically, all the characters are pretty much the same, but Sam does have a unique angle where he hallucinates because he doesn’t have access to his medicine. This offers up some nice visuals and plenty of false scares that I enjoyed.

The performances in the game are also hit or miss, but they do have that slight B-movie feel to them that presents a certain charm that fans of classic horror will like. The developers of the title do not use English as their primary language, so you’re going to get some awkward translations in and voice overs at times, but it’s never completely game-breaking.

It would have been nice for the characters to have some unique abilities or loadouts, but they really only exist to offer up different perspectives for the story. While the weapon count is also low, Daymare: 1998 has a few mechanics that are pretty unique and worth mentioning.

The ammo system, for example, requires you to load your bullets into the magazines in your inventory. When it comes time to reload, you’ll need a full clip, and you’ll have two options. You can fast-reload, which gets things done quickly, but drops your empty mag, or you can hold the reload button for a more methodical swap that keeps both clips.

It forces you to prepare ahead of time, but you’ll really be kicking yourself if you get into an encounter and you haven’t filled your magazines. The process of getting into your menu, which involves looking at a screen that doesn’t pause the game, can leave you in a tight spot if you’re being pursued.

Another interesting element is a toxicity system that prevents how many health or stat boost injections you can use at a time. These systems offer up more strategy and tension in the gameplay, and complement the feel of the survival horror genre.

From a gameplay perspective, Daymare: 1998 hits the right notes in terms of third-person shooting, exploration, and puzzle solving. The movement can feel a little rooted in the tank controls era, so don’t expect to have nimble control over your character, but again, it’s perfectly serviceable.

Another gameplay mechanic that involves an infection meter, requires you to seek shelter in areas where the infectious gas has spread and your gas mask won’t hold out forever. It’s another example of how Daymare: 1998 builds tension in the right ways.

Multiple difficulties and collectibles round out the basic structure and replayability. As a survival horror game, it feels rooted in the past in both good and bad ways. Fans of the genre will certainly find a lot to love, but others will find that it can test their patience with some late-game difficulty spikes.

A Rough Presentation on Console 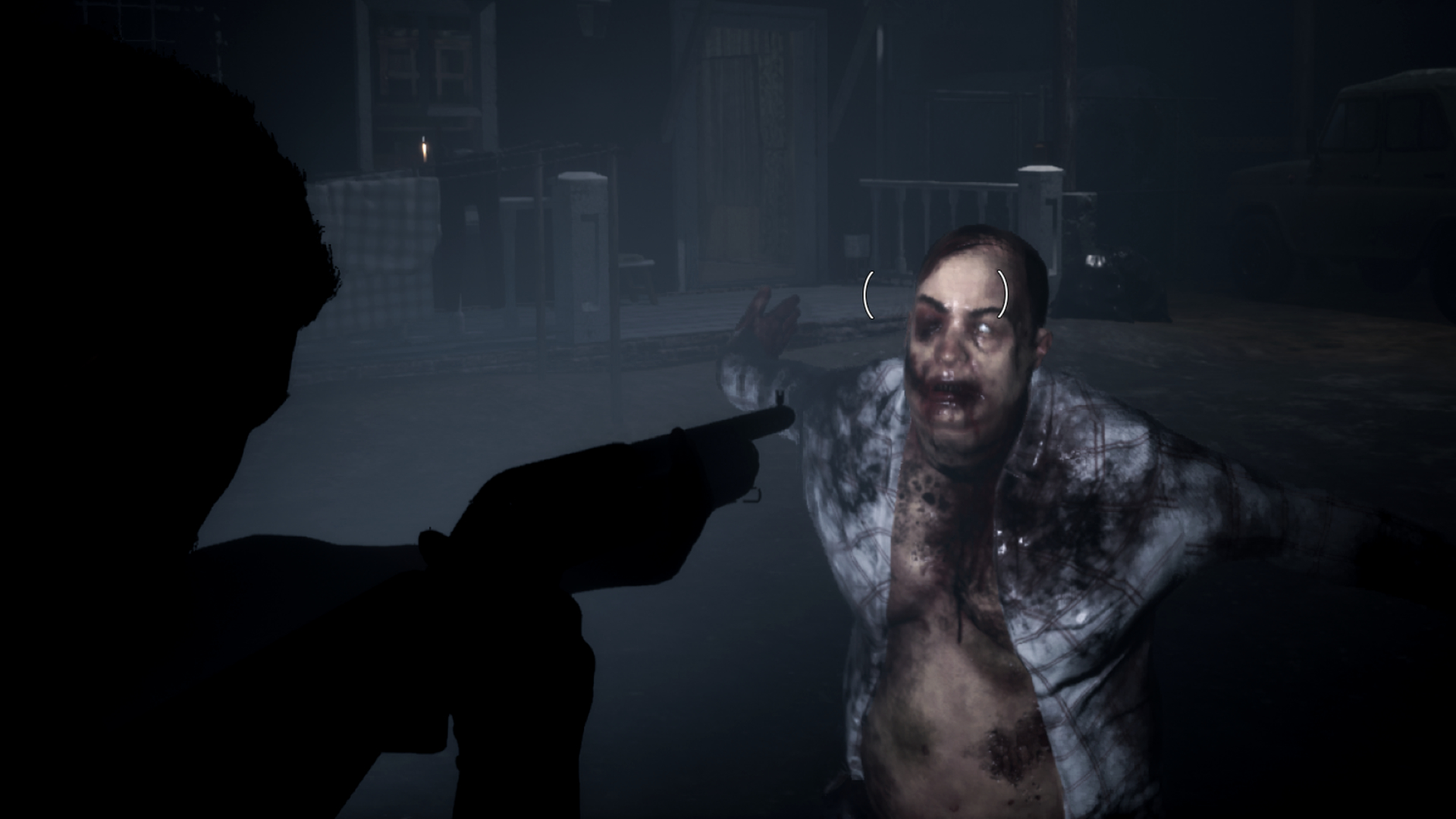 When I played the PC version of Daymare: 1998 for my preview, it looked nice with the settings turned up. On PS4 Pro, the game takes some noticeable visual hits. It also has what Digital Foundry often calls “Judder” in the movement. It’s not frame rate drops per se, but it doesn’t feel entirely smooth either. It can be distracting.

In terms of the overall look and feel, I think “rough” describes it pretty well. Character models especially have a rigid and almost plastic sheen to them. The only major issue I had with the game was a nasty crash that prevented me from loading my save and required me to use a different file. Thankfully this happened early on, so I just started a new game and soldiered on into the experience.

It’s my hope that Daymare: 1998 gets some patches to polish up the performance and the visuals a bit. It may have more than a few wrinkles and sore spots in the formula, but as an homage to survival horror, it’s certainly enough to please fans of the genre.

A copy of Daymare: 1998 was provided to PS4 Experts for review purposes.