We’re at the point now that PlayStation VR has a healthy selection of titles at a wide range of price points. If you want a shooter, you’ve got plenty of options. Given this fact, Dark Legion manages to stand out with a very budget-friendly price point, full locomotion, and solid use of the PlayStation Move controllers.

Are these things enough to bring Dark Legion into the light, or is this game forever doomed to the shadows of the PlayStation store?

Sticking to The Basics

Dark Legion has a simple premise that involves you and a fellow comrade crash landing on an alien planet with no possible way to escape. Your goal is to find the items you need to repair your ship, while also uncovering the fate of those who visited this planet before you.

There’s a mystery behind it all that Dark Legion eventually reveals through the pads you find that have a single page of text, but it’s a very surface-level story overall. When you start the game, you’ll have a large room you can roam around to complete tutorial tasks and check out weapons in the shooting range.

There’s a decent amount to keep you busy here as you learn the ropes, but your fellow soldier is an incredibly annoying distraction. She nags at you constantly with the phrase “hurry it up!” and it soon drove me to just finish the tutorial and get into the game.

Accessing the menu is done via the large screen in the room, and as far as I could tell, there was no way to go back to that menu without closing the game. The only menu I was able to open was one that let me change the movement from teleportation to smooth locomotion.

Once you’re dropped onto the surface of the alien world, you’ll have a chance to get your bearings before the action starts.

Both teleportation and locomotion styles of movement work perfectly fine. Many have reported that the smooth movement is too slow, but if you lower your weapon, you actually move a lot faster, so I didn’t have a problem with the speed. That being said, the turning is limited only to snap movement.

The environments are pretty sparse, but they offer some interesting views. Crates are scattered throughout the area that offers ammo, explosives, and health syringes. Weapons you find are stored on your belt, so I found standing to be the best way to play.

Creatures come from all directions and usually follow a simple pattern of charging at you until they die or collide with your character in a headache-inducing glitch. I can’t count the number of times flying enemies flew into my face and caused me to lodge my head firmly inside their posterior.

While there is some variety to the enemies, their limited behavior and penchant for simply charging at you get old. The tracking works well, but getting items from your belt can be a chore sometimes.

Perhaps the coolest feature is the way you regain health. By cycling through your items with the Move button, you can stab a syringe into your left arm and watch as the health bar displayed on it goes up. It’s a simple mechanic, but satisfying nonetheless.

The inclusion of a magic ability is pretty interesting. When you fill up the meter, you can trigger the ability to throw fireballs, but that’s about it. This mechanic could have been developed into multiple spells and really been interesting, but as it stands it’s woefully underused.

At two hours or so in length, Dark Legion doesn’t stick around very long, but the $10 price point makes it a little easier to look past the game’s flaws. Unfortunately, even without the flaws, Dark Legion is painfully generic and sticks to a very rigid set of foundational mechanics and features.

This would have been fine in the early days of VR, but here it feels like too little to really stand out from the pack. 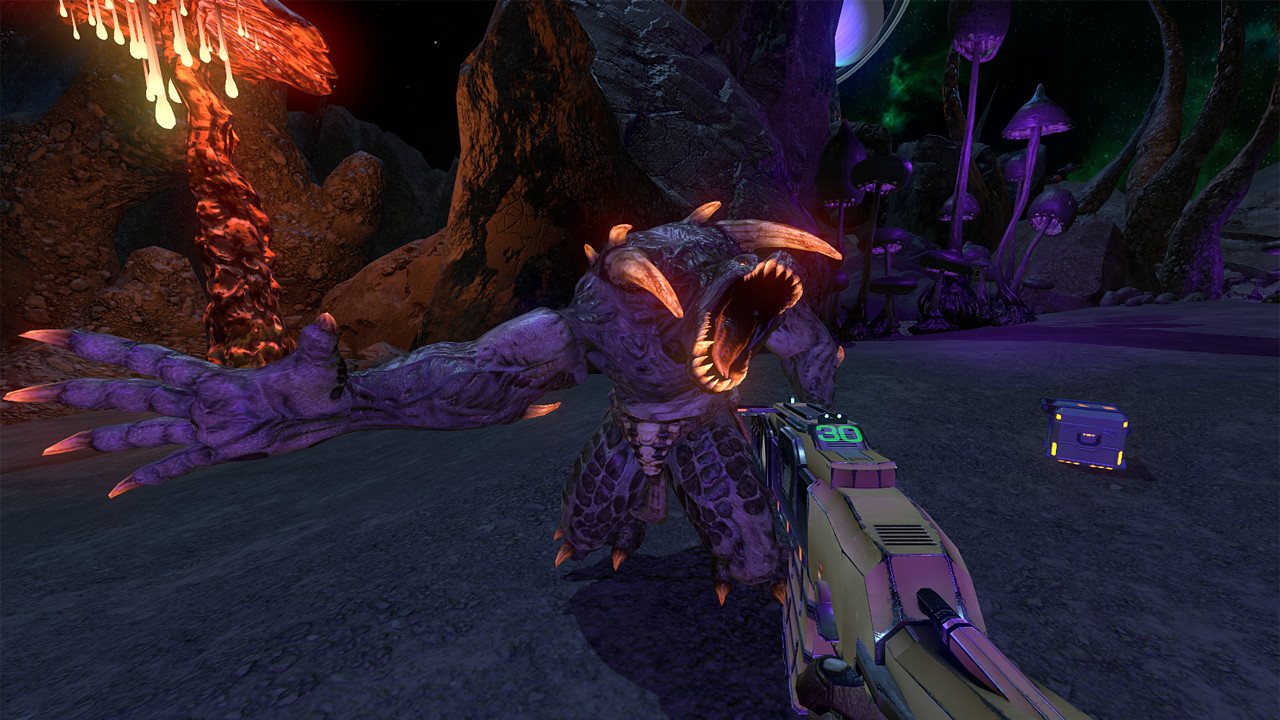 Playing Dark Legion on PS4 Pro looks pretty crisp, but the relatively empty environments don’t seem to be very taxing on the hardware. Enemies have solid animations but tend to ragdoll when they die, leading to some hilarious, if a little immersion-breaking, moments.

At the low price of $10, Dark Legion does offer a solid, if forgettable experience. If you’ve played all the other shooters on PSVR and you need a new fix, you could certainly do worse.