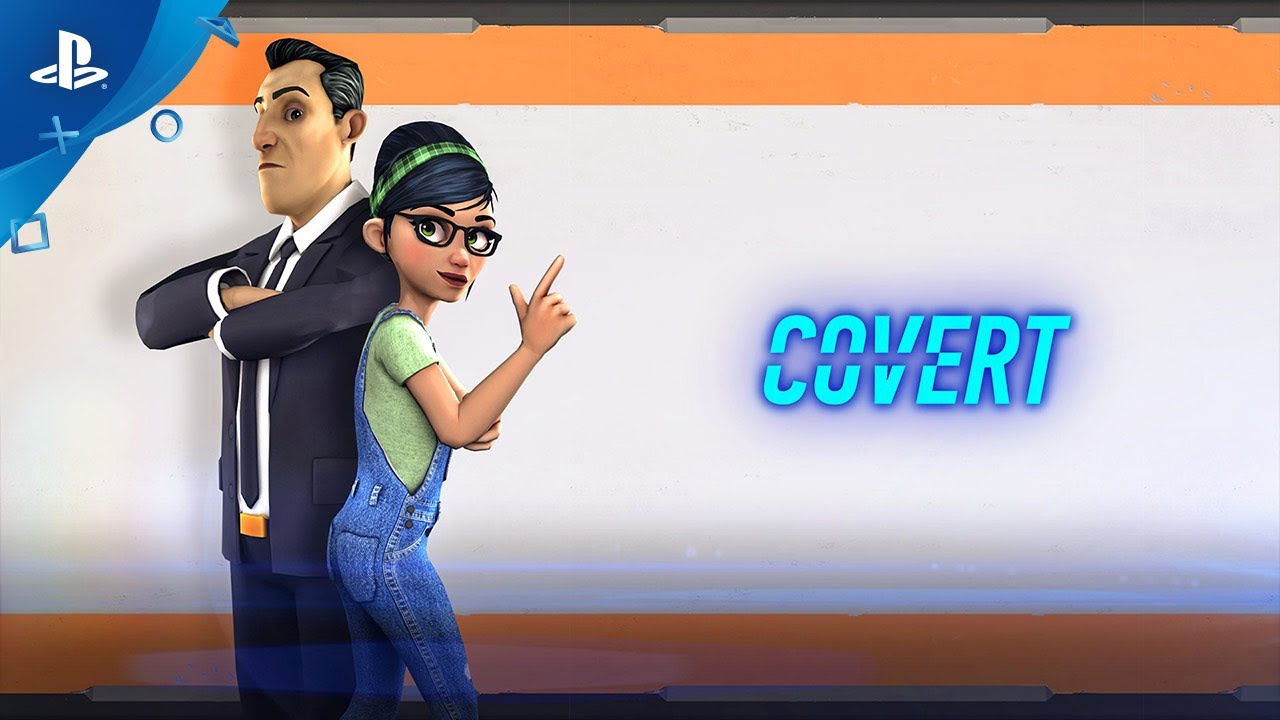 One of the things I’ve always valued in gaming is local co-op. As someone who plays with their significant other (known as my Player 2 in our house), any opportunity we have to enjoy a game together, we usually pick it up.

Covert for PSVR follows in the footsteps of titles like Keep Talking and Nobody Explodes by offering an experience that extends beyond VR. In this case, that means a free app for the second player that allows them to work with you from anywhere (provided they have an internet connection on their phone or tablet. Let’s find out if this unique approach makes for satisfying stealth and espionage.

The main constraints with VR and multiplayer are the fact that multiple players typically need headsets, or other players can’t see what they are seeing in the headset. The latter is solved by PSVR’s social screen, but I also don’t know many people with VR headsets (sadly), so problem #1 is still there.

Developers have gotten creative with this in past local multiplayer titles by using the social screen (the TV) for the second player, but Covert takes things a step further by incorporating an entire free app into the experience that you download on your smartphone or tablet. It’s important to note that, while free, the app is required. You cannot play the game by yourself (and it wouldn’t be anywhere near as fun if that were possible anyway).

The person on the app playing with you doesn’t have to be in the same room, or on the same Wifi either, so that allows you to get creative with a stream and have your remote friends assist you in your espionage. Details aside, Covert is a stealth and spy game for PSVR that has you infiltrating and working your way through fairly large levels with the help of a second player acting as a remote hacker.

The main player in VR plays in first person using either Move controllers or a DualShock 4. The second player boots up the app on their phone or tablet and enters a four digit code to connect with your game. This works very smoothly for the most part. I did have one instance where the app didn’t connect and I needed to restart everything, but that was only a single incident.

The person on the app is given a slick virtual view of the level as a map with a top-down perspective. As the VR person moves through, the person on the app will be able to work with them to solve puzzles, hack various devices, or lay down markers to guide them to a specific point.

Many of the obstacles you’ll face in Covert require the cooperation of both players, and the variety here is quite good. One example are switches where you need to hit them at a specific time when the gauge above is in a specific color. The VR player, of course, doesn’t know the answer, so the hacker must convey this information to them.

Other instances include things like moving large boxes to block laser beams or conveying a combination to open a vault. Perhaps my favorite is the mechanic that requires the VR player to navigate a grid of electrified floors while the hacker tells them which panels are safe to step on.

The one that I wasn’t a huge fan of was the type of switch where the VR player needs to aim consistently at a point to fill up a meter. As they’re doing this, red dots move around the space, requiring the hacker to move the target so the VR player can maintain contact long enough to fill up the meter.

Any mistakes here reset the meter. It’s a fine idea, but it takes far too long to fill up the meter, leading to intense frustration from both parties. I’m all for a good challenge, but these moments didn’t resonate with me like some of the other puzzles and mechanics.

In terms of controls, you can use the DualShock 4 or the PlayStation Move controllers. The Dualshock controls worked better for me overall, but despite repeated calibrations, my arms always seemed to be down where I imagine my legs would be. A height adjustment option would most likely fix this, but it’s not present in the options.

The Move controls would be the better choice, if they were implemented differently. As it stands, with either control scheme, you need to position your virtual hand over the switch, device, or object you want to interact with and then press the appropriate button.

This isn’t explained in the opening tutorials, leaving me to struggle with my attempts to interact with anything and everything until I realized what the game wanted. Since most VR games allow you to directly reach out and interact with the environment, it didn’t immediately occur to me that I needed to instead get within proximity and press the trigger. Above all else, I would like to see an update that clarifies this control scheme to the player as it can damper your initial impressions of the game.

Controls aside, Covert is a smart take on the co-op VR formula that makes it easy for just about anyone to play together. Thanks to the app setup, you also don’t need to be in the same room. It’s important to keep in mind that this game doesn’t have a single player option, but those who want to bring their player 2 into the fold will find a lot to love here.

Covert uses a simple art style that gets the details right, even if the environments themselves can feel a little empty. The presentation in VR is crisp and smooth, but the frame rate did seem to stutter a bit when I used the zip line.

The phone app works very well, and I really liked the x-ray aesthetic of the maps. Everything feels thematically solid across both player’s screens. Ultimately, I would recommend Covert to anyone who enjoys co-op experiences, but I would ask them to read this review first for a breakdown of the controls to avoid some early frustration.

Despite some small issues, the idea here is great, and it’s well executed. I would love to see this format utilized in other types of games or genres, as it’s a great case for making VR less solitary and more social.

A copy of Covert was provided to PS4 Experts for review purposes.