Short stories are incredibly difficult because of their need to fit an entire narrative into a small space. Short games, by virtue of their length, have the same problem. How can you convey a compelling plot and experience in a short amount of time?

CAT Interstellar faces this challenge head-on with a short experience that seeks to grab your attention and leave you wanting more. Does it compelling narrative and world to explore, or did curiosity kill this cat?

A Short, but Intriguing Tale

The entire experience of CAT Interstellar only last a little over an hour, but the game is very upfront about this. It also only costs $5, so I'm not going to be bashing it for length.

Would I have liked to see more? Absolutely, the story in CAT Interstellar was an interesting take on the concept of terraforming Mars. You play as a DOG-VI, a drone who is being sent into the underground chambers beneath mars to find out what happened to several drones that went missing.

You will freely explore the game's environments. The story is conveyed mostly through dialogue. You can walk up to and interact with just about every humanoid robot in the game's levels.

Some offer short quips or the chance to hear part of a conversation, while others give you interesting backstory about the game's world and the state of Mars.

The robots sound similar, but there are a few different voices that I heard when speaking to characters. I never felt like any of the dialogue was meaningless either. With such a short runtime, it's important that the game makes the most of every moment, and I felt like CAT Interstellar didn't mince words with the dialogue.

Every conversation added something to my understanding of the game's world. You can infer other things about the story during your travels through the detailed environments.

The final moments of the game are especially interesting, with several fascinating revelations that really left me wanting more. For example, the story's climax is cut short just when my heart was pounding and my interest was piqued.

The ending left me desperately wanting to know more, which I suppose is a good thing. Even so, I would have liked just one more level to let the climax breathe and possibly offer a more satisfying conclusion.

Everything leading up to that bombastic finale was a steady pace, so the sudden pick up in speed was welcome, but over far too quickly. Despite this, I still really enjoyed the game's worldbuilding through dialogue and exploration.

I also thought the ending was poignant and intriguing. I would be overjoyed if the developer decided to make a continuation or sequel, but only time will tell.

Even if we never see another chapter in this story, I really enjoyed my time in this alternate future. It was a polished and captivating world that kept my interest throughout, even if it cuts off just as I was getting involved. 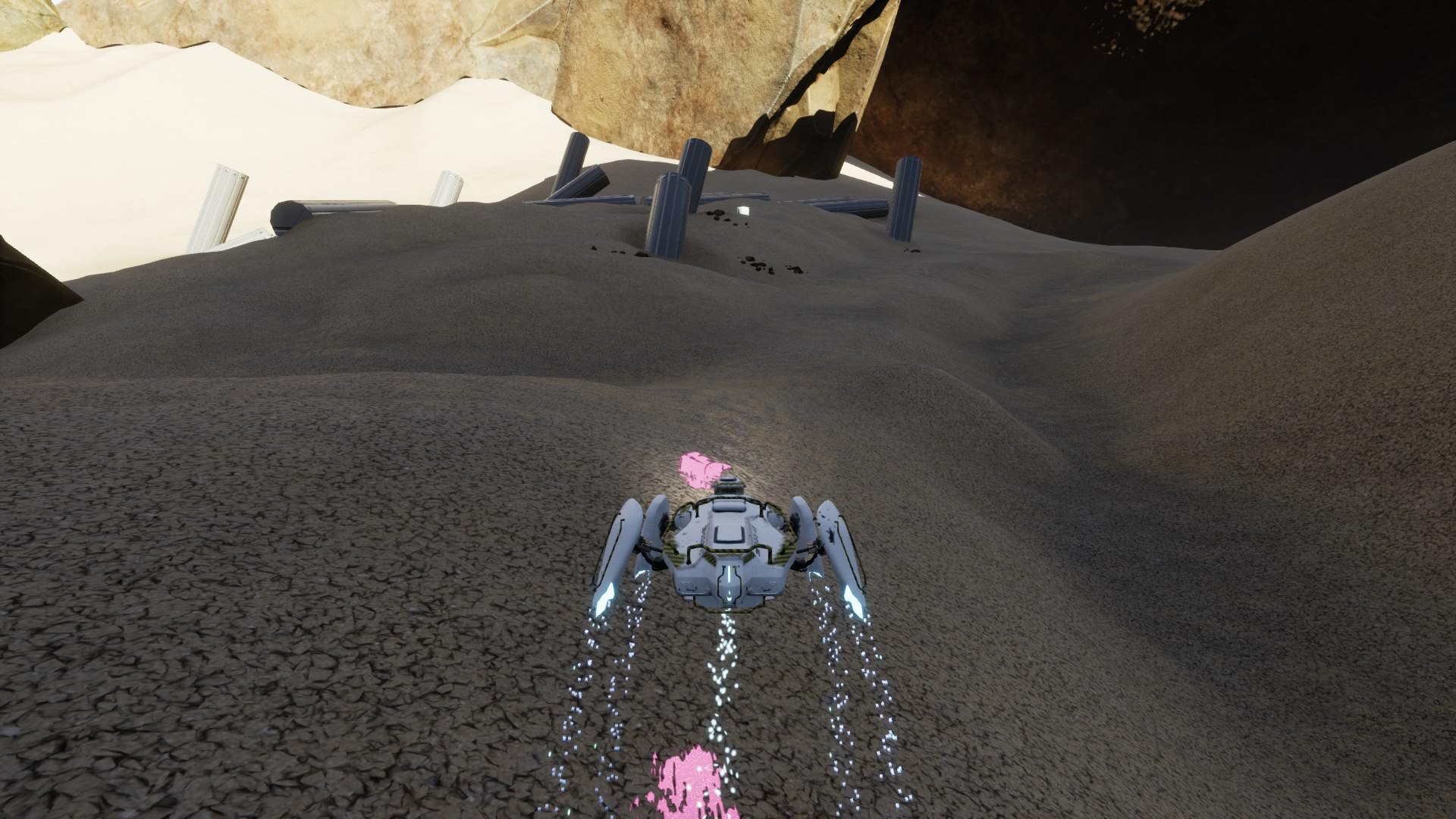 The gameplay in CAT Interstellar offers plenty of flexibility for how you want to explore. You can move at a leisurely pace or engage boosters to get around faster as the hovering DOG-VI drone.

Simple interactions with NPCs and switches offer some tactile gameplay. There are even a few side quests I found and some light puzzle/platforming gameplay.

CAT Interstellar is very much a narrative-focused exploration game, but I have no qualms with that. The vast majority of your time playing will allow you to move at your own pace and explore as much or as little as you want.

The platforming is forgiving, with a double-jump that can easily help you course correct if you're about to fall. A chapter select also gives you the ability to jump back into a specific point.

While CAT Interstellar was developed by a small studio called Ionized Games, you wouldn't know from the presentation. The game has crisp and detailed graphics that looked excellent on a 60-inch LCD screen.

The environments are also fairly large, especially the surface of Mars. There's a lot of really cool details in the game's storytelling that I appreciated. The developer website claims that they are "Bringing Science back to Science-Fiction."

This is apparent in the dialogue that explains why the surface of Mars is a brown color, instead of the red we know. It's a side-effect of the terraforming process, but this attention to scientific explanation goes a long way towards making the world feel real.

It even goes so far as to explain how the robots have different personalities. There's a very respectable attention to detail in every aspect of the game's presentation. A buttery-smooth frame rate doesn't hurt either.

I really enjoyed my time with CAT Interstellar. You should go in expecting an interactive short story with a science-fiction hook. With that expectation, you won't be dissappointed.