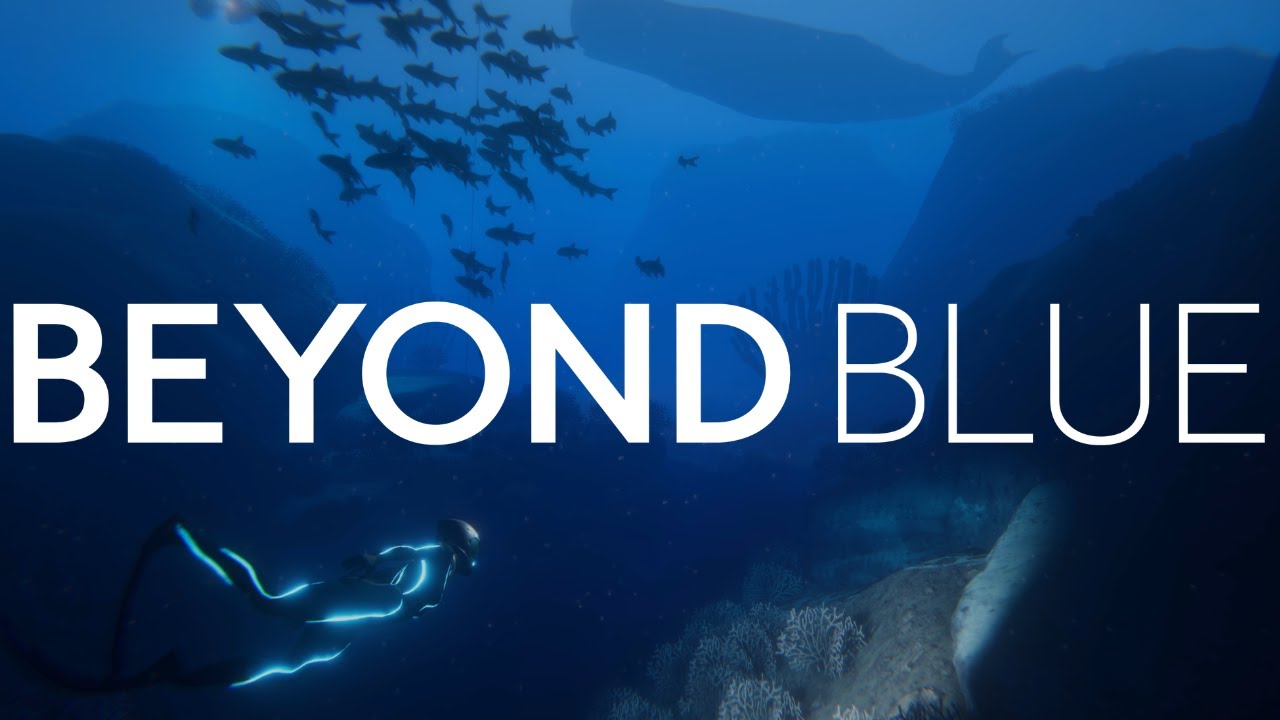 I’ve always felt that games could be used as learning tools. Growing up playing titles like the JumpStart series, I always had a taste for games that could teach me something while I enjoyed their worlds. Fast forward many years, and a little title called Never Alone did that for me again. That was a game that combined a folk story with documentary clips that shared the culture beyond the story you were experiencing.

Now, that same studio brings us Beyond Blue. This new title utilizes footage and interviews from the work the BBC did on Blue Planet II and crafts a similar title that seamlessly blends real-world knowledge and issues with a surprisingly personal story about family and the bonds we share with each other and the greater world around us. Let’s find out if this hybrid approach hits the mark once again.

A Personal Story Anchored in a Real-World Setting

Beyond Blue is a game that sets out to teach you something, while also giving you an interesting and personal story. Set in the near future, you play as Mirai who is a deep-sea explorer and scientist with a small team at her side.

Their goal is to use cutting-edge technology to document, analyze, and better understand the creatures of the sea. As part of the storytelling, the team will livestream portions of your dive, allowing them to narrate over the activities and add a little more detail to how everything works.

Between these moments, convincing dialogue between Mirai and the team make you feel like you’re never truly alone beneath the waters. Conversely, it also makes the moments when things are silent that much more impactful.

There’s two sides to Beyond Blue: the fictional story of Mirai, and the real-world information and documentary clips you unlock. The story of Mirai is surprisingly poignant, with her family issues bleeding into the gameplay where she tracks a family of whales as part of her dives. The parallels are subtle, but meaningful.

The voice acting is surprisingly good as well. A lot of times I expect a documentary-style game like this to have decent voice acting, but I didn’t expect such fleshed-out characters. There’s even dialogue choices to make in your sub as you relax between dives.

The other side of the story is the educational element. As you play through the game, you’ll catalog a variety of underwater species, and unlock a wealth of information about them as you scan more and fill out your database.

Simultaneously, you’ll also unlock mini-documentaries, which the game calls “Insights.” These clips are usually 2-3 minutes and offer a look into topics surrounding what you did recently in the game. It’s here that we see the superb quality of the BBC’s footage that was filmed during the creation of Blue Planet II.

I am a huge advocate of games that blend education and entertainment like this. Turning to the gameplay, Beyond Blue keeps things relatively simple and serene throughout the adventure. While there are certainly moments of tension and emotion, you’re never in danger as you explore the depths.

As part of your objectives, you’ll collect samples, examine individual creatures, and interact with underwater tools. You can also use your scanner to gather new information on species for your database at any point. Once you finish the game, you’ll also have the option to return to any of the dives and finish scanning anything you missed.

There’s a nice variety of different creatures to discover and learn about, but I would have liked to see more variety in the underwater environments. It would have been interesting to also have the option for scanning different types of coral and plants you encounter, but the game is limited to fish and other creatures exclusively.

When the credits rolled on Beyond Blue, I felt like I had been on an emotional journey and learned a lot of interesting things, but it was all over a little too soon for me. The structure here is amazing, and I was left wanting more of it.

For example, one of the last clips you unlock features OceanX in the real world, and their plans for the future of ocean exploration. That concept alone could have opened up so much more variety to both the gameplay and environments. It makes me hopeful that we can see this game’s concepts expanded upon in a sequel.

The Intersection of Education and Entertainment 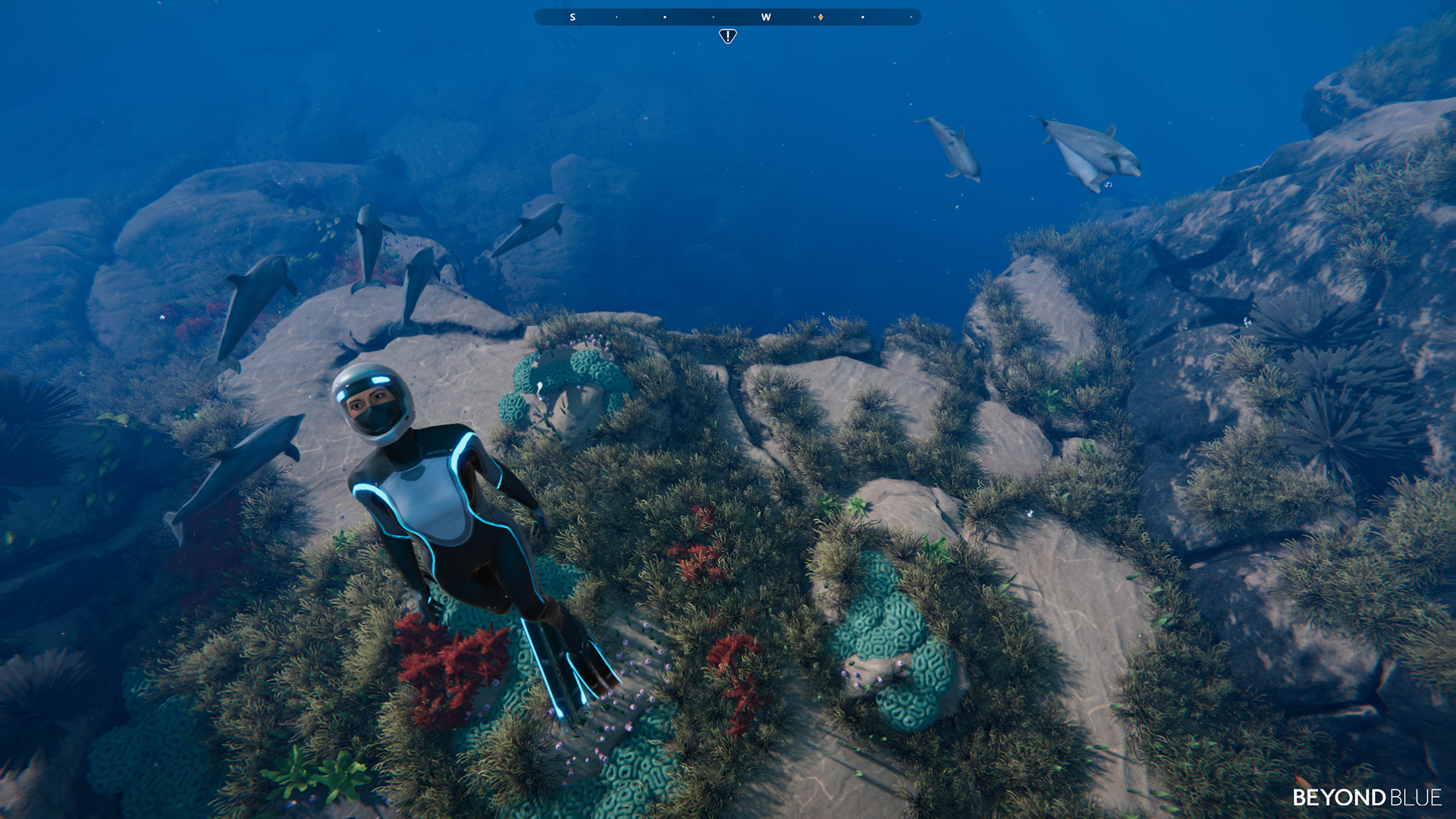 Beyond Blue is a gorgeous game that benefits greatly from the superb footage included in its “Insights” videos. The graphics are vibrant and interesting, but it’s the animation on the underwater creatures that truly steals the show. Despite some textures being relatively blurry up close, the way they move through the water makes them feel incredibly realistic.

Another nice touch is the soundtrack you can listen to in your sub, which features some amazing original tracks, along with music from Miles Davis, The Flaming Lips, and others. Some of the tracks were so good that I rushed to Spotify to add them to my library, only to be crushed when I saw they weren’t there.

Beyond Blue as a concept is near-perfect. Take a stunning documentary and combine it with a game that feels incredibly personal. It’s a simple gameplay loop, but one that enriches the player with knowledge and a deeper understanding of our oceans. The only problem is that it’s all over too soon.

The message here is clear, and the educational element is excellent, but it doesn’t go quite deep enough to truly realize its full potential. Even so, if you are even slightly interested in this concept, it’s absolutely worth your time. If and when a sequel revisits this concept to share even more about our world’s oceans, I will be first in line to take the dive.

A copy of Beyond Blue was provided to PS4 Experts for review purposes.