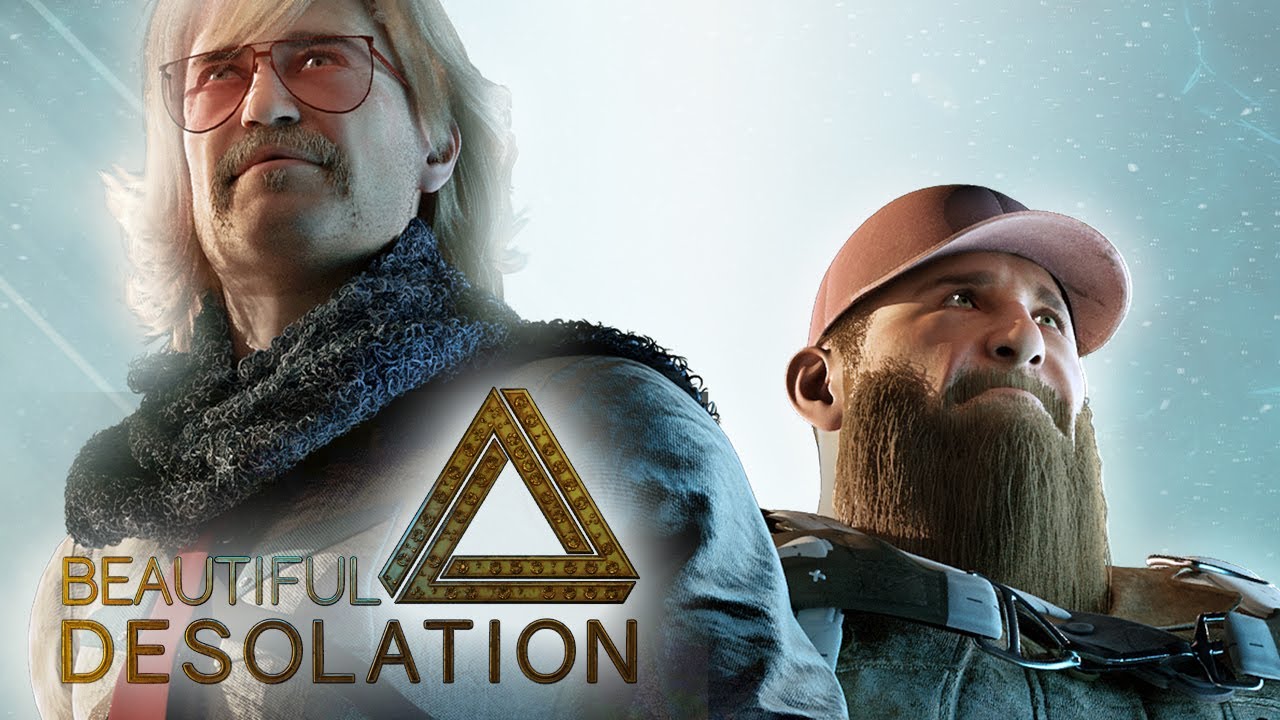 The golden era of adventure games happened to pass right as I was a young gamer, growing up with a family computer and, eventually, some consoles to call my own. There was nothing quite like the rush of booting up a fresh adventure, eagerly anticipating a deep world to explore, puzzles to solve, and an experience to lose yourself within.

Beautiful Desolation for PS4 is a brand new title, but its entire aura and style is a homage to the age of classic isometric adventure games. You won’t find a ton of combat or RPG elements here, which is actually quite refreshing for those looking to just experience a new world and story. Does this title hit the high notes of the games that inspired it? Let’s find out.

Somehow Nostalgic, Despite Being New

Nostalgia is a powerful force in gaming. When a new remake, remaster, or spiritual successor emerges for a classic title, half of my hype, possibly more, is dedicated solely to the nostalgia it invokes within me.

Interestingly enough, Beautiful Desolation is a brand new game, and yet, from the moment it began, I felt like it could have been something from my younger years. A one-off adventure that stood out from the pack thanks to a unique premise, exquisite art, and a memorable cast.

I felt this was worth emphasizing as the game’s entire style is meant to evoke that feeling of a classic adventure game, and in that regard, Beautiful Desolation absolutely succeeds. Pulling back from this feeling of artificial nostalgia, though, Beautiful Desolation tells an original story inspired by African culture and featuring voice actors with a distinct South African accent.

The game opens with a tragedy before jumping forward and introducing us to the main character and his brother, the latter of whom charts tour flights to the Penrose, a mysterious alien ship that appeared one day and changed the world forever.

Before long, you find yourself in a wildly different place, the nature of which I won’t spoil here, but suffice to say you’re not in Kansas anymore within the first hour of the game.

From here, Beautiful Desolation becomes a journey that is, narratively speaking, wholly original to much of my experiences in gaming. Sure, some of the themes surrounding the various robotic cultures and their religious beliefs have been used elsewhere, but the sheer style that bleeds through in both the dialogue and setting really elevates Beautiful Desolation’s narrative beyond that of many other sci-fi adventures, and certainly those on PS4.

Some of the characters are more interesting than others, and voice acting can be hit-or-miss, but there are moments, such as conversations with your robotic dog companion, that really hit home for me and added depth to both the characters and the world.

Beautiful Desolation can be almost overwhelming in this regard. At any point, you can press a button to bring up all the flavor text currently available in your area. Descriptions of everything from holographic displays, to the wooden stairs that lead up to a menacing gate fill your screen at the same time. It can be a little much, especially on a big screen TV (even with the text scaled up, it could stand to be a little bigger in my opinion).

I think a better solution here would be to display one block of flavor text at a time and let the player cycle through the various descriptions of people and objects around them, as opposed to flooding the screen with text any time curiosity strikes. You can play the game without ever reading these descriptions, but they do add a lot of context to the visually striking environments.

Beyond this, I don’t have much to say about the narrative that isn’t positive. It’s unique, heartfelt, stumbles at times, but otherwise paints in great detail a very rich and original world. Let’s turn our attention to the gameplay.

Without a major focus on RPG elements or combat like a typical isometric game (Think Divinity or Wasteland), Beautiful Desolation is more of a traditional point-and-click adventure. The various elements like the overworld map, the movement, and the dialogue interaction all work fine, but it can feel a little stiff at times.

Part of it is that the items are mapped to the controller in the best way you could expect, but still take some getting used to. For example, the toolbar on the bottom of the screen shows D-pad directions for various functions, but it just shows the single button to press, instead of highlighting the direction in a full D-pad layout, or simply placing everything into a wheel menu.

As a result, it took me a second to think about which button I needed to press, which didn’t matter too much in a game that doesn’t rely on timing, but I think it’s worth mentioning. There are also minor stutters in the frame rate when exploring that could be distracting at times. Furthermore, menus take a moment to load which makes the UI feel a little slow as you’re navigating it. None of this is a huge issue, but taken together can be more of an annoyance that you would expect.

This extends to the structure of the game’s puzzles. A vast majority of them involve going to the overworld map in your ship and navigating to different areas, talking to the right people, picking up the right items, and then going back to the correct place to utilize them.

Without any quest log to speak of, this can result in moments where you’re wandering between areas or switching between multiple overworld maps (which requires its own set of steps). Sometimes you may not remember what you were doing when you return to the game after an extended break, which adds its own complication that a quest log or journal would solve.

Even with the exact process in mind, the back-and-forth can become repetitive after a while. I would have liked to see more linear sections contained to the same area or the same overworld map at the very least, to avoid the repetition of leaving, passing through multiple screens, and then having to come back.

As I mentioned, Beautiful Desolation can feel a little jittery in its performance on PS4, but those small issues don’t detract from what is otherwise a video and audio treat for the senses. The pre-rendered 2D environments are a joy to explore and feature striking imagery and a wholly unique sense of style.

This extends to the characters, who are featured with detailed portraits during dialogue sections and have their own unique visual elements. Top that off with an atmospheric soundtrack composed by Mick Gordon, and you’ve got a presentation straight out of the golden era of adventure gaming. It even nails the look of CGI cutscenes from that time period, a detail that I particularly enjoyed.

Despite some rough edges and a little more back-and-forth traveling than I would like, Beautiful Desolation is bound to resonate with fans of classic adventure games. Keep in mind that combat and deep RPG elements aren’t a focus here, but if you’re looking for a unique and engrossing story, you’ve found the right game.

A copy of Beautiful Desolation was provided to PS4 Experts for review purposes.