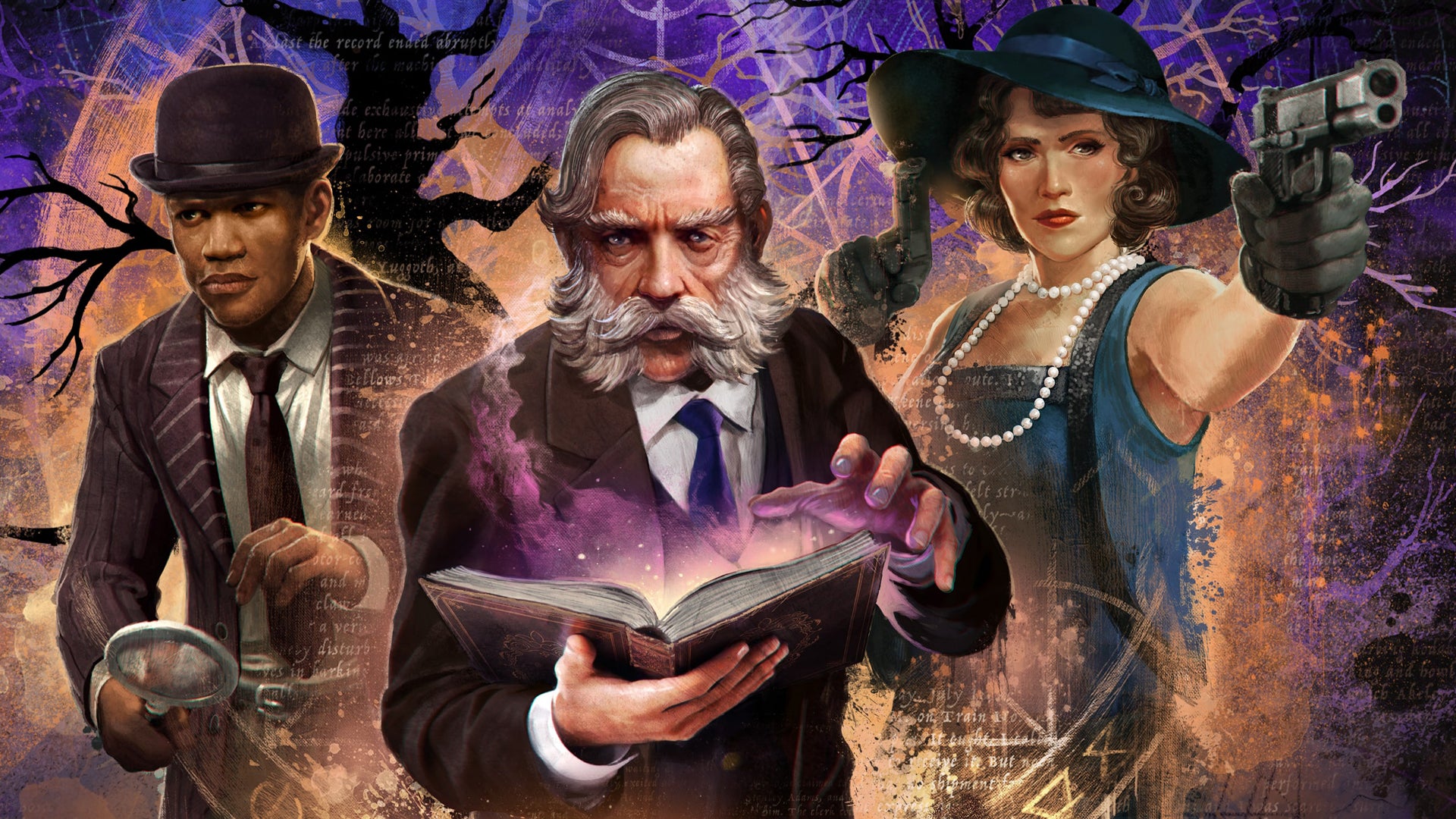 As a big fan of horror, I’ve always been drawn to Lovecraftian tales because of their inherent nature to focus on the “fear of the unknown.” I also think Cthulhu is one of the coolest monster designs ever, so there’s that. Among the many entries in the larger mythos, the Arkham Horror series of tabletop games has been on my radar for quite some time.

I’ve played the Eldritch Horror tabletop, but never the Arkham Horror one, so when I heard that Arkham Horror: Mother’s Embrace was coming to PS4 and took inspiration from the tabletop, I had to get my hands on it to see how they brought the experience over to an adventure game with turn-based combat. Does the translation go smoothly, or should you get your Cthulhu fix elsewhere? Let’s find out.

A Suitable, if Surface-Level Entry into The Larger Mythos

The setup for Arkham Horror: Mother’s Embrace is something you’ve probably seen before in movies, games, and certain board games as well. A murder has occurred, in this case a well-known professor from Miksatonic University in the fictional town of Arkham.

You choose from one of several starting characters with varying levels of health, sanity, and other stats or specialties that will come in handy during investigations. The characters are varied, but often lean into their professions in lieu of any real character development. In addition, the murder victim continues to interject during cutscenes, commenting on events and adding her opinion on what’s transpiring.

Her continued presence in the game after her untimely death really didn’t work for me. She spoke as if experiencing the events alongside the player, and while her commentary allows us to learn more about her, it’s not enough to balance the immersion-breaking fact that a dead character is continuing to speak to you, the player. The other characters don’t acknowledge her narration in the slightest, making it even less necessary as a result. It would be one thing if her spirit was communicating with them, but that’s not the case here.

Outside of that odd narrative choice, the story in Arkham Horror: Mother’s Embrace follows the typical curve of a Lovecraftian tale, with a major focus on the occult and the limits of the human mind’s ability to comprehend things beyond our understanding. Some of the locales, such as the New Orleans portion of the game, offer a more unique environment than typical Lovecraftian titles, but the opening levels of the game are fairly standard locations and enemies, which doesn’t inspire too much fear from the get-go.

Enemy designs do improve as things go on, delving more into the body horror that one would expect from the genre, but nothing really pushed the envelope for me as someone who actively seeks out and consumes anything with a vague hint of Lovecraftian horror, be it movie or game. It also didn’t help that the voice acting can be quite hit or miss, especially when the deceased professor adds her commentary to any given situation.

There are certainly times when the story raises an eyebrow, or the atmosphere becomes thick enough to make you dread entering the next room, but overall it’s a fairly standard story for Lovecraftian horror enthusiasts. That being said, someone with little to no experience with this subgenre of horror may find it more unique depending on their tastes.

Turning attention to the gameplay, Arkham Horror: Mother’s Embrace combines elements of adventure with mechanics that I recognize from the Eldritch Horror tabletop (and I assume also exist in the Arkham Horror series). Combat plays out in a turn-based strategy fashion, which makes sense given the inspiration from a tabletop experience.

Focusing first on the combat, this is a pretty standard turn-based affair for those who have played games like XCOM, for example. Turn order is displayed at the top of the screen, and action points are used to cast spells using books you can equip, move across the area, and fire weapons or utilize melee weapons.

Keeping ranged characters further back while moving melee-focused ones to the forefront is a viable strategy, and items you find can easily bolster health, sanity, or action points as needed, so it’s not incredibly taxing for those who may not have a lot of experience.

Certain elements like status effects do play a role, but combat itself isn’t terribly exciting due to the relatively standard options (attack, move, overwatch, reload, etc.). Animations are also simple, and as I mentioned earlier in the review, enemies can become fairly repetitive, especially in the earlier chapters of the game.

In terms of the translation from tabletop to gameplay, I think turn-based strategy makes the most sense, but in its current state, Arkham Horror: Mother’s Embrace doesn’t add anything new to the concept, and it’s enemies aren’t engaging enough to make up for that.

Outside of the combat, the adventure and investigation mechanics provide the most unique elements of Arkham Horror: Mother’s Embrace. Environments feature various white dots to denote things you can interact with or examine. Doing so will either give you an immediate outcome, trigger a sanity check, or allow you to choose a course of action.

The latter two mean that exploration has stakes, but you can’t really avoid it because of your need to find clues to further the investigation. This is well-balanced by the actions that sometimes appear, allowing you to choose how to proceed. If one of your party members has a skill that aligns with the situation, they’ll offer a hint that ensures you pick the right option, but this is dependent on who you have in your party.

For example, a drawer may be locked and you’ll have the option to shake it, force the lock, or pick the lock. If a character has the correct skill set, they may recommend that you simply shake the whole thing as opposed to forcing the lock.

The correct choice will reveal an item, weapon, or a clue for your investigation. The wrong choice will move something called “The Mythos Clock” forward one step. This is represented in the upper right corner of the screen and ticks upward as enemies take turns in combat, or as you make incorrect decisions in your investigation. When it fills up, a Mythos Event triggers a negative effect on your party. Items can move the clock back, but it will fill up eventually regardless of what you do. The effects aren’t very detrimental, and while I think having things become too severe would be counterintuitive, I don’t think the current implementation has enough bite to really make the player worry about it.

The same goes for the sanity system, which applies a negative trauma to your characters if they hit zero on their sanity stat. These go away if you leave them out of your party for a chapter, but they also have almost no real consequence in the moment-to-moment gameplay beyond some minor debuffs to your character.

Sanity checks also seem to come randomly as you’re exploring, and while it makes sense to have a check when you see a monster for the first time, simply rifling through some books or papers is less of a reason to hit your sanity when you’re trying to find clues. In this case, the aforementioned choices work better.

It’s interesting, because the bones of the sanity and Mythos Clock systems are suitably Lovecraftian in their implementation, but neither really have a noticeable effect on the gameplay itself, or an impact on the story. As a result, they don’t really add any tension or horror to the experience.

Which brings me to my overall thoughts on the story and gameplay. Arkham Horror: Mother’s Embrace ticks a lot of the boxes for a solid Lovecraftian horror, but none of its elements really go deep enough to feel like something directed at veterans of the genre like myself. There are some solid elements, and barring some minor glitches and the odd walking animation while I’m unlocking a door, the experience is fairly polished.

Given the richness of the source material, I think it could have been a deeper, more lore-fueled experience with a greater emphasis on horror, but as it stands I would recommend it as a starter experience for those unfamiliar with the mythos, but even that I would caution against the surface-level nature of it all.

Simple Presentation That Evokes a Small Amount of Horror 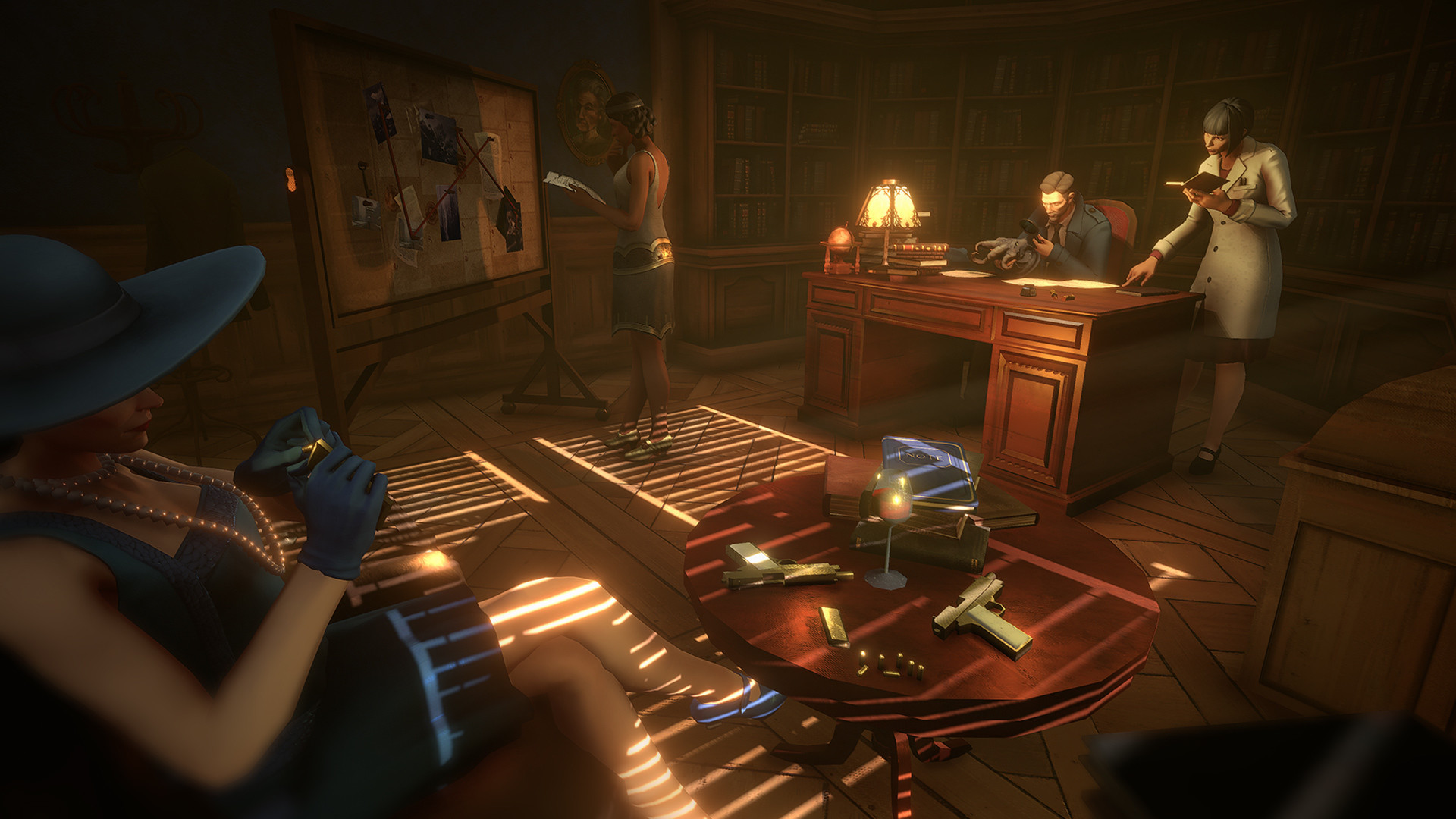 Arkham Horror: Mother’s Embrace goes for a fairly simple presentation with somewhat detailed character models and environments. A few standouts include the New Orleans segment, but the halls of Miskatonic University, for example, look like any other college from the time period.

As I mentioned earlier, voice acting is hit or miss, with no real standout performances to be found. Stronger performances could have elevated the script somewhat, but in the end Arkham Horror: Mother’s Embrace tells a fairly standard Lovecraftian tale and does so with flashes of brilliance in some of its elements and mechanics, but never dives as deep as I would like, given the tabletop experience it’s based on.

A copy of Arkham Horror: Mother's Embrace was provided to PS4 Experts for review purposes.