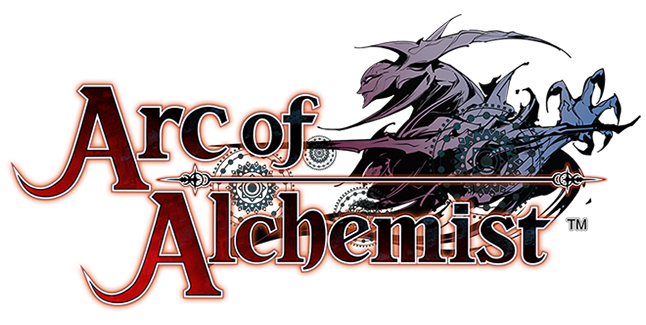 Fans of RPGs have had a lot of options this generation. This is thanks, in no small part, to Idea Factory and Compile Heart, who have published numerous titles in recent memory. The latest RPG to come into my queue is Arc of Alchemist, a title that has surprisingly little to do with alchemy.

On the surface, it’s an RPG with a nostalgic style and an impressive suite of mechanics, but is that enough to help it stand out, or does it try to juggle too many things at once? Let’s find out.

A Collection of Surface-Level Mechanics

Arc of Alchemist is proof that Compile Heart and Idea Factory aren’t afraid to try new ideas. Having played and reviewed a few other RPGs in their lineup in recent memory, it’s amazing how these titles swing to different genres of gameplay and storytelling so effortlessly.

Unfortunately, that kind of drastic change can lead to some dead ends. Arc of Alchemist is one of those situations where too many ideas came together without enough depth or connection to hold them all together.

Let’s start with the story. You play as Quinn Bravesford, who has been chosen by the king of her kingdom to lead an expedition into the Desert of Beginnings. Here she will utilize an alchemic device, known as the Lunagear, to leverage the four elements and unlock the Great Power which could save humanity from extinction.

The story plays with some interesting themes like the cost of war and climate change, but it never delves deeper into these subjects. In fact, most of the story is done through character-based scenes that, while interesting as a way to develop the characters, aren’t as compelling as more traditional RPG story beats that flesh out the lore and scope of the game’s world.

That being said, the Japanese voice acting on offer here is pretty good, with expressive acting and convincing delivery. I will say that it’s a little hard to take it seriously, though, with the characters all having a decidedly chibi design. Nothing against the style, it just meshes oddly with a post-apocalyptic world.

From a gameplay perspective, Arc of Alchemist starts out interesting, but starts to pile on a lot of mechanics at once. This is par for the course with RPGs, but I had trouble seeing how they all fit together early on. For one, the combat boils down to a handful of attacks, and while you can control other characters, it doesn’t add much depth to what amounts to a melee, ranged, elemental, and special attack overall.

Enemies also swing wildly on a map from really easy to high level spawns that will wipe out your party in a single hit. Beyond the combat, you’ll also come across puzzles in the world that leverage the use of your elemental attacks to burn, freeze, or create objects in the environment. This adds some extra flavor to the exploration, which I really liked.

You’ll quickly find that you need to return to base, however, as you collect items or run out of healing potions. Thankfully, the gameplay structure gives you large areas to explore and crystals that allow you to teleport back to your base.

Here you can sell and purchase items, and upgrade your base with new structures that add additional options. Some items are junk that can be sold, but others are used in weapon synthesis, so you’ll need to manage them accordingly.

Training is done on your base as well, where you can spend currency to upgrade your characters and purchase skills that you’ll need to equip before you next foray out into the wasteland. It all works fine, and while the base building is simple, there is some strategy to where you place them, but again, it doesn’t go much deeper than that.

You can also set up camps out in the field, which gives you a place of reprieve. All of these are good ideas, but they’re not explored beyond the basic concepts I’ve outlined here. There could have been a really compelling gameplay loop that takes you out into the world and back against to strengthen yourself for the next journey, but it becomes more repetitive than compelling as time goes on, due to a lack of consistent new mechanics or depth.

All of this boils down to an RPG that only lasts ten to twelve hours before it’s over. A new game plus is here as well as a true ending to unlock, but it’s ultimately shorter than many will expect from a JRPG.

As it stands, Arc of Alchemist has some interesting ideas, but none of them feel fully fleshed out, leading me to think that it should have doubled-down on a few of its mechanics to give them the depth they needed for a compelling experience from start to finish.

Chibi Characters and the Endless Wasteland

The presentation in Arc of Alchemist goes for a combination of a post-apocalyptic setting and chibi style characters, which to me is an odd combination. The voice acting, as I mentioned, is quite good, but doesn’t match everything else from an aesthetic perspective.

The setting, while interesting, doesn’t amount to very interesting environments to explore either. There are treasures to find and environmental interactions to work through, but it never feels very exciting to return to the dungeons as many of them look similar to the others.

For hardcore JRPG fans, Arc of Alchemist will offer some interesting elements, but ultimately it’s not going to scratch that itch for the next great gaming odyssey. There’s nothing inherently wrong with it beyond some small performance hitches on PS4 Pro, but it doesn’t make a strong case for itself either, especially when you compare it to other recent releases from this developer and publisher.

A copy of Arc of Alchemist was provided to PS4 Experts for review purposes.