Games have become a vehicle for exploring some of the most profound subjects in our lives. Whether it’s the deftly handled Hellblade: Senua’s Sacrifice, or the powerful emotions that run through games like What Remains of Edith Finch, the ability for games to explore our deepest emotions is proven time and time again on the PS4.

The next game in this subgenre is Anamorphine. In this narrative game, you will explore the subconscious and memories of Tyler, who suffers from crushing guilt and depression. With beautiful visuals and a story told without words, does this game artistically explore its themes with profound results, or is this experience a little too shallow? Read on to find out.

Telling a story without words is a bold decision in any medium, but it’s especially risky in games. After all, players are in control, so if you’re not going to tell them the story, then you need to ensure they at least experience it properly.

How do you do that when the player can go anywhere and do anything in your world? Well, it’s a combination of being linear, but also using clever mechanics to guide the player along in the direction you’d like them to go.

We’ve seen techniques like this before, but in the past it was used in horror games to make the environment shift or warp outside of your view, offering a sense of unpredictability and instability. Anamorphine plays with similar themes as you explore the game’s world. Smart camera tricks and changes that happen just outside your view make the world feel alive and reflective of Tyler’s mental state.

For example, say you’re exploring the apartment that he and his love Elena live in. You may walk through it in one state or time of day, only to pass through a door and suddenly find yourself in a different setting or time period. Turn around, and what used to be an open doorway is now a wall or something else entirely.

It’s best seen to truly understand how it affects the ebb and flow of gameplay, but it’s done very well here as a means of adding a surreal element to the world. This is further enhanced by some of the game’s striking visuals and metaphorical landscapes.

Obviously talking specifics would spoil the already short (2-3 hour) adventure, so I will refrain from being too specific, but there’s a nice mixture of different environments and landscapes to explore.

Gameplay is pretty simple and involves exploring environments while also looking for shimmering objects. When you focus your attention on them, they change their state or come into view, thus triggering other events.

There is some choice in the form of multiple endings, but otherwise, Anamorphine follows a pretty set path. From an emotional standpoint, the wordless story did tug at my heartstrings a few times, but it was difficult to really connect with the silent protagonist.

Elena herself did have an undeniable aura about her, despite her never saying a word. Her shimmering hair that constantly changes color, combined with the fact that she’s always just out of Tyler’s reach did help me feel the disconnect between them in his mind. Subtle details, like her never truly making eye contact with me definitely spoke to the game’s larger themes as well.

In Anamorphine, Elena is this beautiful, almost angelic figure that was both our greatest focus and our greatest mistake. It would have been nice to obtain this same kind of depth as Tyler’s character, but we are rarely more than just a silent observer in this adventure.

I do think a wordless story like this one could easily rival one filled with verbose dialogue and moving performances, but Anamorphine falls just short of this level in its storytelling. This is partially due to the story’s ethereal nature, but it’s also a result of some pretty grievous performance issues. 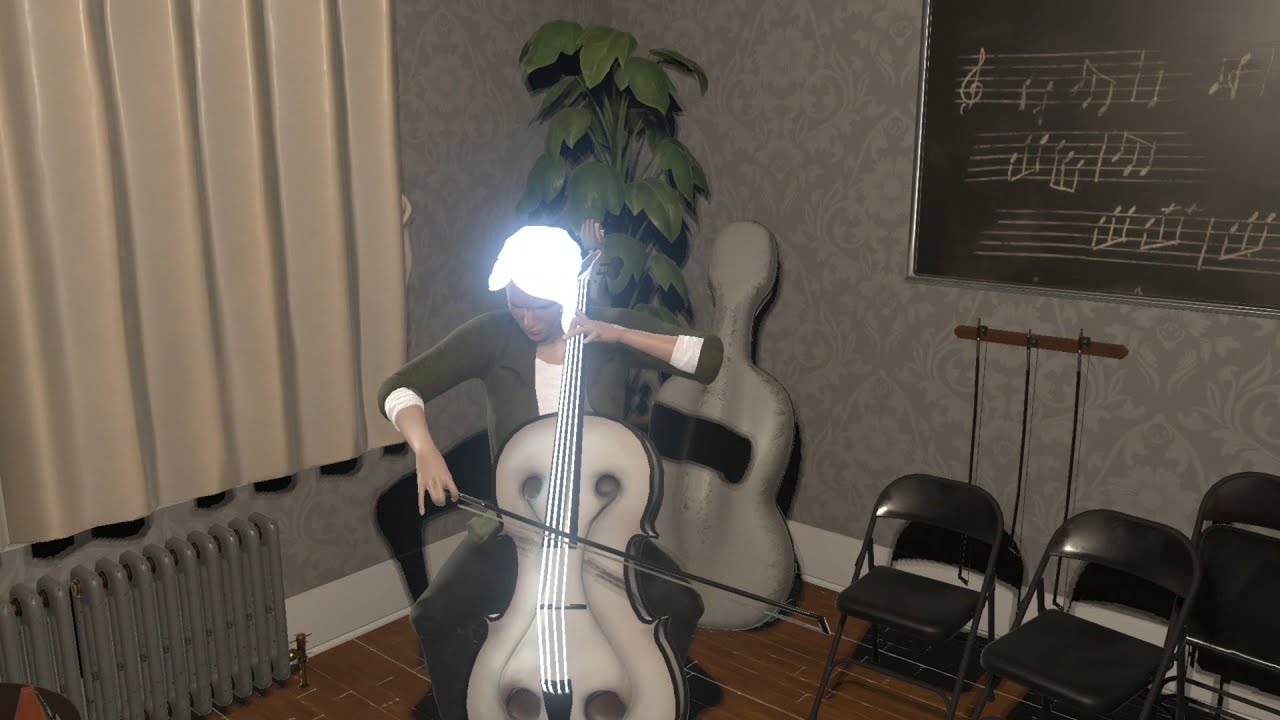 Anamorphine has received some updates since launch that fixed a game breaking bug I ran into, but as of this writing, future patches are planned to improve performance. In its current state, Anamorphine is playable from beginning to end with the latest patch, but the frame rate drops and stretches of stuttering are very prevalent, resulting in a choppy experience in many areas.

Anamorphine is at its best when it moves smoothly through its world, letting you take in all the artistic and metaphorical visuals. The performance issues take away from this ideal experience, which really hurts some of the emotional impacts due to constant breaks in the immersion.

I am confident that the talented developers behind Anamorphine will come through on their patches to improve performance, but at this writing, the game is still pretty inconsistent.

With some additional improvements, Anamorphine will easily make my list of emotionally engaging titles for players to check out. At the very least, this game once again proves that when art and gaming collide, magic happens.