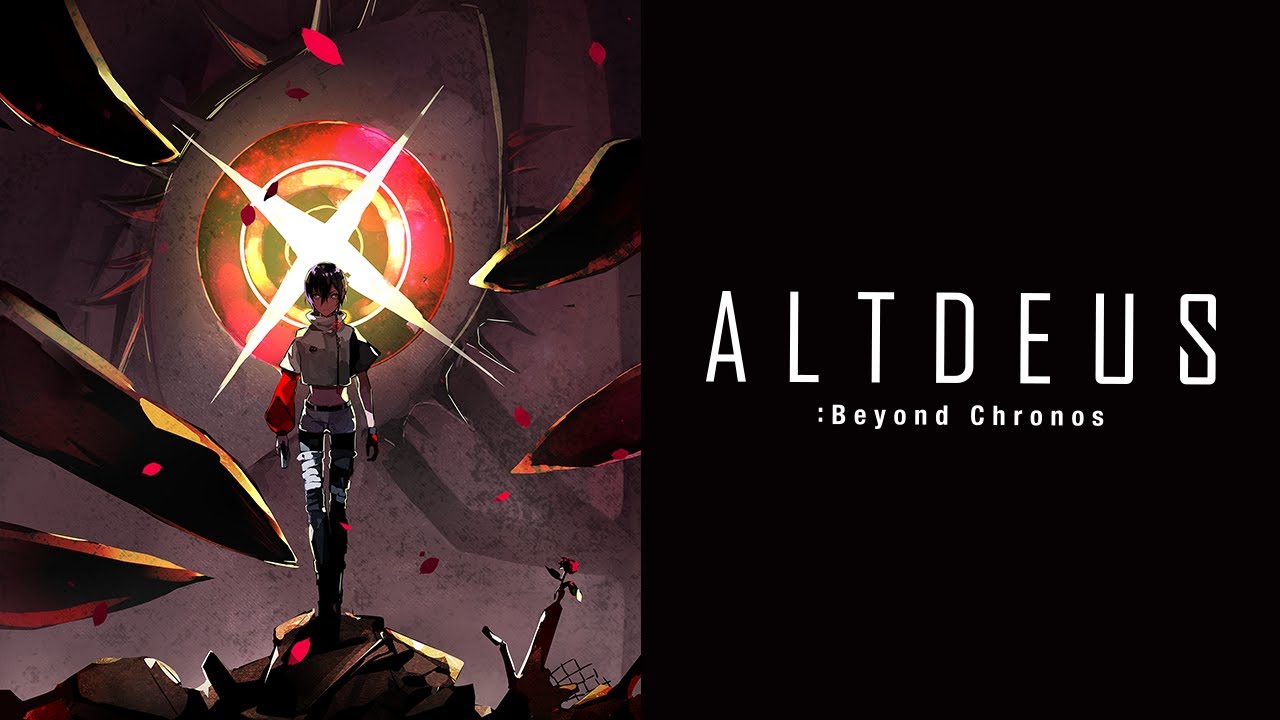 The visual novel genre has always been a go-to for me when I need to play something that’s engaging for the mind without requiring lightning-fast reflexes. The combination of writing that feels like a book, combined with visuals and player input makes these games more than just a digital novel.

ALTDEUS: Beyond Chronos is the second game in the series, though you don’t need to play Tokyo Chronos to understand this new entry as its set much farther into the future. Does a visual novel translate well into VR, or would this have worked better as a flatscreen title? Let’s find out.

A Strong Story, and a Genre That Fits Surprisingly Well into VR

Those who are familiar with visual novels won’t be surprised by this, but for those unaware of how the genre typically works, you’re not going to see the full story on your first playthrough. The credits will roll for the first time in ALTDEUS: Beyond Chronos after about four hours, but that is far from the game’s true ending.

Before we get into some details regarding the story, I’d like to discuss the narrative structure here. Throughout your first playthrough you’ll have the option to make decisions, but you’ll be set on an initial path on purpose. Once you’ve obtained this initial ending, you’ll be able to start again and with a quick tap of the square button, you’ll be able to skip any scenes you’ve already seen that have no new elements.

Some scenes will feel familiar, but you’ll notice differences pretty quickly, so if the game doesn’t let you skip the scene on a subsequent playthrough, there’s a reason for that. Several playthroughts are required to see everything, and without spoiling anything, you won’t have all your answers until you see things through to the “true ending” at the very least.

What’s nice is that as paths diverge you’ll get entirely new scenes that make things feel fresh through multiple trips into the story. With that explanation out of the way, let’s talk about the story itself, and how you’ll influence it through your actions.

ALTDEUS: Beyond Chronos takes place three-hundred years into the future after humanity has been forced underground thanks to monsters known as Meteoras. You play as a manufactured person named Chloe who is designed to be the ultimate mech pilot. These mechs, known as Makhia, are the main weapon we have against the Meteora.

The game switches between three different types of gameplay. There are times where you’ll be standing in place and can use your cursor to highlight objects for additional scenes and information. Then there are times when you are engaged in conversation with multiple characters.

Here the game uses something called Libra that is an in-universe explanation for something that helps you make decisions and explains how your responses affect your personality traits. It’s certainly more engaging than simply throwing up decisions on-screen, so I appreciated the extra effort here.

Finally, there’s the mech battle sections, which could have been more engaging, but still offered a lot of fun through their interactions and the fast-paced battle music. One thing I really like about these was the fact that your actions here can and will be used to affect the course of the story, so it’s not just about going through the motions entirely.

As part of the pause menu, you’ll also have access to Ariadne, which is a visual representation of the paths you’ve taken. It also lets you jump between events you’ve experienced, and that’s the extent of what I’ll say there. Suffice to say, from a gameplay perspective it will help you track your progress through the branching paths.

While you don’t have much control in the first playthrough, the mech battle sections in particular keep things from getting stale as you click through conversations. Subsequent playthroughs had me more invested in the overall story and characters, especially as I revealed more of the mysteries hidden throughout.

By far the most interesting characters in ALTDEUS: Beyond Chronos are the main protagonist, Chloe, and a secondary character by the name of Coco who both play major roles in the story. There are other supporting characters who have varying levels of development, particularly the virtual idol Noa who purposefully bears a striking resemblance to Coco.

At the heart of it all is also one particularly Meteora that is significantly different from the others you encounter and defies the known rules of how they operate. I want to remain vague as the story here is the primary focus, but overall I would say that the characters in ALTDEUS: Beyond Chronos do a fine job of coming into their own, particularly in subsequent playthroughs. Ultimately, Chloe and Coco’s relationship was the most compelling, but that’s by design.

A final note on the story would be that, while the English voiceover is solid, I preferred switching to Japanese voices in the game’s main menu. Visual novels in general don’t usually offer a lot of gameplay beyond clicking through dialogue, but ALTDEUS: Beyond Chronos goes above and beyond with it’s in-game explanation of the choice system and the small, but engaging mech battles.

I will say that VR does add something to the gameplay here as well. I’ll go into the presentation momentarily, but playing a visual novel in virtual reality made it very easy to get immersed and focus on what was happening since it was all around me. The battles with Meteora were also exciting thanks to the way you can interact with the holographic menus during combat.

Purely from a gameplay and story standpoint, ALTDEUS: Beyond Chronos succeeds as a unique and interesting visual novel. As we’ll soon discuss, however, it’s the VR implementation that really puts it over the top as a title that fans should play.

A Presentation of Highs and Lows

The presentation in ALTDEUS: Beyond Chronos is both the game's largest strength and its greatest weakness, depending on which aspect of it you're looking at. The sense of scale and the immersive nature of VR are on full display, making it feel like you’re standing face-to-face with the other characters while talking, and forcing you to turn your head upward to take in the full sight of the meteoras.

The game’s opening introduction at an early point in the first playthrough illustrates this well, beginning as a 2D cutscene before exploding into a full 3D affair that I thought did a great job of leveraging the power of VR from a visual standpoint.

On the opposite side of the spectrum are the animations, which are sometimes detailed and smooth, resulting in impressive moments. Other times, particularly during conversations, characters are static or will fade out and into different poses. It’s not the worst solution I’ve seen, but I would love to see a third entry in this series that has a larger budget for more realistic and consistent animation.

All of this is wrapped up in sharp graphics and easily readable text, which is important for something like this in VR. The music is also excellent, providing the kind of upbeat choruses you would expect from a anime-styled game like this one.

In the end, ALTDEUS: Beyond Chronos makes a strong case for visual novels in VR, providing a compelling story and some impressive aspects of its presentation, along with an immersion that only VR can provide. While you don’t need to play the first game in this series, something tells me you’ll want to after experiencing ALTDEUS: Beyond Chronos. Not only that, but I’m hopeful this will inspire other visual novels to take the leap.

It’s going to be difficult to go back to visual novels on a flat screen after this one.

A copy of ALTDEUS: Beyond Chronos was provided to PS4 Experts for review purposes.